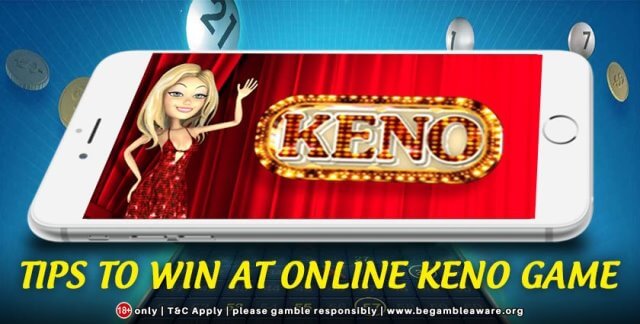 Keno is considered by many gamblers as a game of luck, which has also proved to be an interesting casino game, where a correct strategy can give real chances of winning. Actually, you should look for some patterns in the game, you need to identify “hot”, “cold” and “late” numbers and then use combinations of them to hit the big jackpot. It is about analyzing pattern, past record and developing your own strategy based on that. Still, there is no fixed pattern of winning. You may hit a casino that will allow you to play Keno with 10 numbers. Payment is done as per this pattern: 2-1 to 5 correct numbers, 20 to 1 to 6 correct numbers, 100-1 for seven correct numbers, 500-1 for eight correct numbers, 1000-1 to nine correct numbers, finally 5000 to one for a combination of 10 right numbers.

It is of the essence to select the right casino if you are a novice player in on Keno game. Not all online casino sites are safe, therefore, many people lose their money without thinking about prevention. The two progressive Keno games include Orleans and Gold Coast – Pick 8/Pick 9. You can play with $2 for an extraordinary opportunity of hitting the pick-8. The progressive jackpot is $100000, at a return percentage of 72.7% and Mega 10 says a pick-10 game and can play for only $1.5. 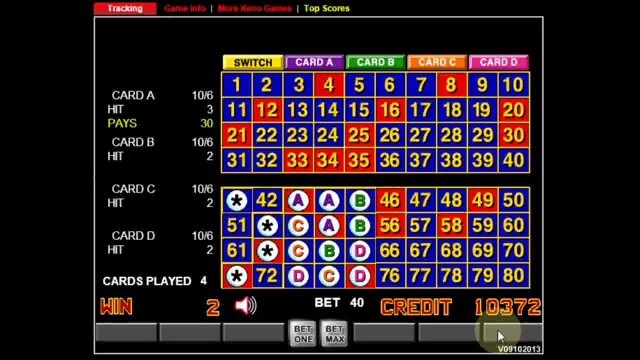 It is established mathematically that if you opt to enter 4 to 6 numbers, you have the best chance of becoming the winner. In Vegas’s casinos, keno odds are not stable and it keeps swinging all the time: at the beginning, keno odds were 20% to 35% in 2001, it increased in 2008 and went up to 89-95%. In 2012 the odds again reduced to 50% to 74%. It is good to play keno online, where odds are bigger up to 95-98%. The bigger the payout percentage (near 100%) better for you as a keno gambler, as it means the casino is repaid with a bigger part of its profit to the players. 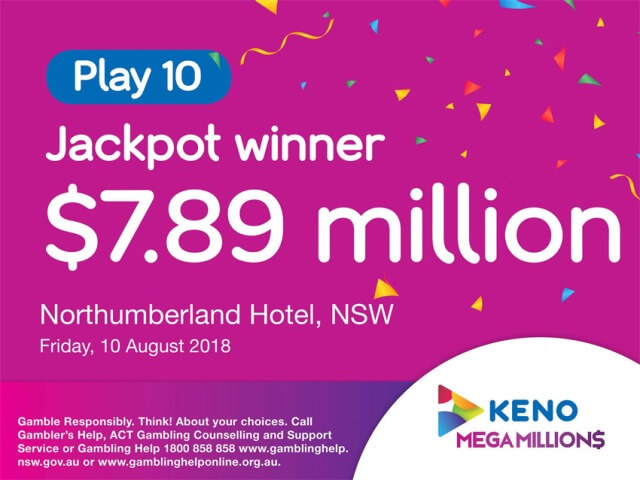 Hitting the biggest jackpot is the dream of every keno gambler. The biggest jackpot ever hit in the history of Keno was by a 43-year-old Newcastle man. He won the biggest Keno jackpot with a whopping $7,898,799.30 – at the Northumberland Hotel in Lambton on 10th August 2018. Some other jackpot wins include a Las Vegas Casino when a player hit the second biggest keno jackpot using the age of his wife, children, and his own birth date. He won a total value of $6.4 million and he said he did not use any strategy, just followed his favorite numbers, which in this case can be considered as “keno lucky numbers”. Yet another jackpot was won in Australia when a septuagenarian hit the $4.37 million keno jackpot. Although the gambler did not reveal his strategy but said that he was a loyal keno player for many years. There were two more keno jackpot winners who came from Australia, with $3.17 million and $2.8 million gains. They have been playing keno frequently.

The chances of winning Keno mystery jackpot is 1:80, as there are 80 balls involved. You have a greater chance of winning if you hit 15 numbers out of 20, as this is the moment in which several casinos offers the jackpot. Hitting 20 numbers out of 20 has the lowest possibility though (1: 3.5 quintillions). 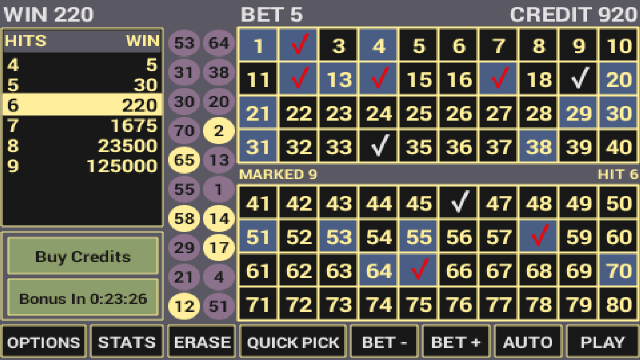 Considering the rules of games, you can formulate a correct strategy and never forget that you are here for fun when playing keno. Aim to hit as many hot numbers on your tickets, aim for the jackpot and dream of 20 out of 20 numbers. Be focused on the 98% odds offered by online casinos for a keno game. It is not easy to become a keno professional, but not impossible either (see the cases of biggest keno jackpot winners.