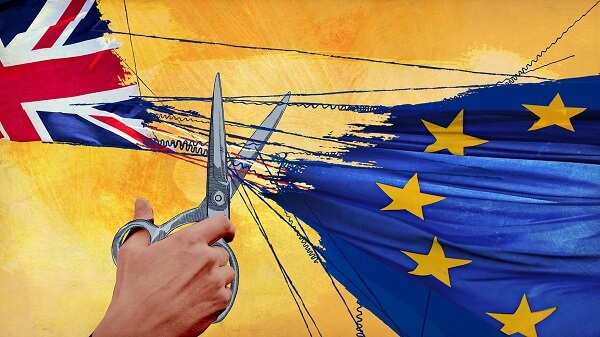 Britain’s exit from the EU will affect Australia, but not how you would expect.

Britain’s surprising move to leave the European Union could potentially affect Australia in a number of ways. It will undoubtedly influence the July 2 election and to a lesser extent our trade accounts. The ripple effect that this bold movement has had on the global market will be felt in Australia, but only slightly.

“Given that only 2.7 per cent of Australian exports go to the UK and that the Leave victory is unlikely to plunge Europe into an immediate recession, the main impact on Australia will be on financial markets,” Predected Shane Oliver, AMP Capital’s chief economist.

Australia Will Survive the Effects of Brexit

Fortunately all the mass hysteria isn’t necessary, Australia will easily weather this storm. Britain is only a minor part of our international trade. Even if they go under, our focus will continue to be on China, Japan & India. However, even though our economy will survive, the uncertainty has spread across the entire market.

The financial turmoil has thrown a wrench in world economic growth, slowing it down from 3.4% to 2.7% in 2017. This blow will increase the chance of another official interest rate cut this August. Despite all the doomsday rumors, in the end this will mainly affect Britain. But what does this mean for Australia? So far the effect on Australia’s GDP growth is nothing to worry about. Experts predict that between 0.01% to 0.002% of Australia’s GDP will be shaved off up to 2031. Worst case scenario predictions state that our economy could be hit with a 1.4% medium term decrease.

“These forecasts are predicated on the UK government implementing new trade agreements that continue to allow negotiated access to markets in the EU,” said KPMG Australia chief economist Brendan Ryne. “If the UK gets ‘shut out’ of EU markets more than anticipated, then the consequences will be worse.”

Britain still has to negotiate trade deals with other EU member states. Some fear that other member states will be hesitant to trade with Britain. If Britain ends up being shut out of international trade deals, the effects on the global economy would be staggering. Luckily, many experts remain optimistic that the situation will work itself out. It’s in everyone’s best interests to help make this transition as smooth as possible. For now, the full economic ramifications remain to be seen.

“Sensible people will negotiate sensible outcomes,” Said Kerry Stokes, executive chairman Seven Group holdings. “And there is two years to negotiate a trade exit for Great Britain. I would expect by the time they finish [negotiating] a trade agreement will be favourable for both parties and life will go on.”

One area that Brexit will definitely affect is our elections. It will shine the spotlight on our candidate’s economic credentials. The Labor government will be able to point to their impressive response to the 2008 global financial crisis. They artfully helped Australia become one of the few countries in the world to avoid recession. However, the Brexit vote could limit some of the funds necessary for Shorten’s spending proposals. This would make Turnbull’s company tax cuts more enticing to some voters.

Until Britain negotiates its trade agreements, the full repercussions of this move remain to be seen. Fortunately the Australian economy is resilient & our reliance on Britain is minimal. Over time the financial turbulence will settle, & business will proceed as usual. The real impact will be seen in our elections. We will undoubtedly see an increased scrutiny of our politician’s economic prowess, but that isn’t necessarily a bad thing. Since there are many ways to perceive our candidate’s track records, this has the potential to sway the election.