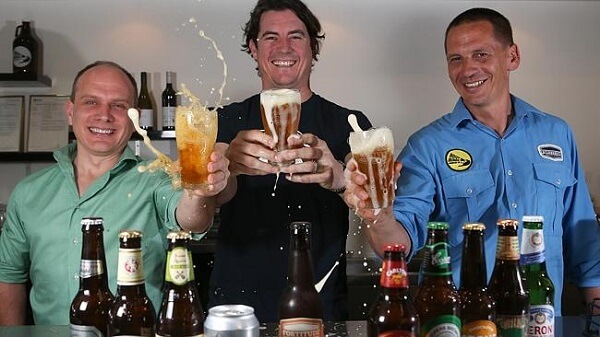 The Australian Liquor Industry Awards (ALIA) made history when it united distilleries and brand representatives alike in their most dazzling exhibitions to date. This epic display of support from the industry showcased the raw talent and unbridled potential of Australia’s alcohol producers. Covering everything from wine, beer and spirits this marvelous awards ceremony paid their respects to all the key players in Australia. The awards focused on all aspects of the industry & were awarded to both Australian and international companies. This brilliant awards ceremony showed that Australia has what it takes to hold its own, even amongst fierce competition from some of the world’s most formidable companies.

The 2015 Australian Liquor Industry Awards brought together over 600 representatives from 120 different companies in the lavish ballroom at the Randwick Racecourse. This spectacular event kicked off with potent pre event drinks provided by Cooper. The night was made possible by the generous list of sponsors that included none other than: Bacardi, FoxSports Venues, The Exchange, Pernod Ricard, Asahi Premium Beverages, Diageo, Lion, Merch & Effect, Speedibake, and WilliamsWarn. The night was dedicated to giving credit to some of the hardest workers in the industry. The best bars in Australia were honored, Aussie distilleries finally got the attention they deserve & Australian breweries received a level of adoration that would make Kanye West jealous.

As the awards were passed out the night was filled with suspense & joy for both major and upcoming brands. The undisputed champion of the night was Pernod Ricard, who received a total of 7 awards. They also took home the highly coveted Off-Premise Supplier of the Year Award. This impressive array of awards was made possible by Pernod Ricard’s companies Jacob’s Creek and Chivas Regal winning 2 awards each. Coming in at close second was Lion, winning a total of four awards. Their spectacular XXXX Gold sealed the deal on them winning the Best Marketed Beer or Cider Award.
The other major award winners of the night were Coopers with Liquor Brand of the Year; Jim Murphy’s Airport Cellars with Liquor Store of the Year; Great Northern Super Crisp with New Product of the Year; Liquor Barons with Retail Group of the Year and Vanguard Luxury Brands who were named On-Premise Liquor Supplier of the Year.

ALIA’s director James Wells proclaimed at the end of the event: “This is a truly national event, with winners from all over Australia including the Liquor Store of the Year from Canberra, the Best Hotel from Queensland, the Retail Banner Group of the Year from Western Australia, the Best Bar from Victoria and a number of worthy winners New South Wales.

“There were over 600 people and over 120 companies at the awards, this really is the Australian liquor industry’s night of nights and I want to thank all the sponsors and everyone involved who have once again made ALIA such a special night.”