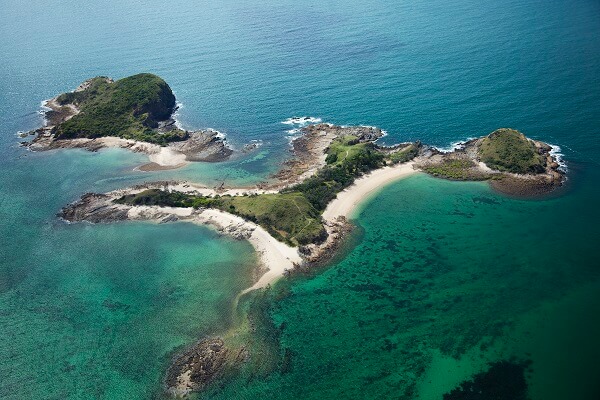 XXXX Island raised a generous amount of money for charity by selling memorabilia from the infamous island on Ebay. The diverse selection of merchandise covers the iconic items that made the island a great escape for many Australians. The proceeds were donated to Reef Check Australia, a pioneer in the preservation of the coral & marine wildlife on Australia’s coasts. It is heartwarming to see a brewery team up with a conservation group. Hopefully XXXX’s actions will inspire more alcohol companies to follow their lead and use some of their formidable proceeds to help save the environment.

Over 900 Aussies made history by making bids on a cornucopia of different memorabilia items from the fabled XXXX Island. In total the group raised around $69,000 that went directly to the Reef Check Australia. Amongst the many prized pieces of memorabilia the most popular items ended up being the XXXX Island Quintrex tinnie, the XXXX Bar Sign & the legendary signed XXXX Gold 2006 Beach Cricket Bat. XXXX Island showcased their respect for the environment when they donated all of the proceeds with the respected Reef Check Charity.

According to the XXXX marketing manager Jack Mesley this admirable charity event was a celebration of the XXXX Island legacy as well as a show of solidarity with Reef Check Australia’s marine conservation efforts around Australia.

“We want to thank everyone who participated in the auction and collectively helped to raise vital funds for Reef Check Australia, which will ensure that looking after our ocean remains a priority in Australia so our reefs and coastlines can be enjoyed for generations to come,” he says. “We hope that each of the winning bidders will enjoy having their own little piece of XXXX Island history and be reminded of everything that XXXX Island represented.”
He added that XXXX hoped that the 3000 guests of the island had retained the “renewed passion for life and for spending time with friends and family” that they had gained while staying on the island and that the team hoped the “new approach continues for years to come and has a positive impact on those close to them”.

With coral reefs around the world being impacted by the spread of the plastic pollution running rampant in our oceans organizations like Reef Check are becoming increasingly necessary. Currently there are trillions of pieces of plastic wreaking havoc on both marine life & coral reefs around the world. If we want to still be able to enjoy our beaches we are going to have to see a change both in the way we routinely use plastic as a society along with a concentrated effort at cleaning up the existing damage. Even though the amount of money raised by XXXX pales in comparison with the magnitude of the existing problem it’s still refreshing to see a company give back to the environment. After all, XXXX Island would never have received as many visitors if it was covered in trash.