Even though its heyday is long over, Atlantic City is one of the best places to play keno in America. Ever since gambling was legalized in Atlantic City in 1976, this city has played a crucial role in America’s casino industry. At its height in 2006, Atlantic City was home to 12 casinos and boasted $5.217 billion gross gaming revenue. This rivaled Las Vegas and Macau, which made it the third largest gambling hub in the world. Even though the opening of casinos in neighboring counties caused Atlantic City’s tourism to drop, it’s still one of the top tourist destinations in the U.S.

Despite facing fierce competition, Atlantic City maintains its position as a paradise for punters. Due to its strategic location and impressive selection of casino resorts, this city is the East coast’s gambling mecca. It’s nestled two hours outside New York City and one hour outside Philadelphia, which allows punters from multiple hubs to converge on it. Atlantic City currently attracts over 27 million tourists a year, which is an impressive recovery from the meager 25.5 million visitors during the 2015 slump.

Atlantic City offers amenities that can’t be found anywhere else on the East Coast, so this hub is poised for a comeback. Aside from epic entertainment, their 10 casinos offer every gaming option imaginable. In total, punters can choose between 19,540 pokies machines and 1,141 table games. This staggering selection is accompanied by vibrant bars and nightclubs, as well as everything from fine dining options to fast food.

Even though it’s often neglected in American casinos, there are multiple places to play keno in Atlantic City. For the average punter from overseas, this gaming option is just as essential as pokies. Finding quality keno options in America is a treat, which is why we created this list. Prepare to get an intimate glimpse of the top casinos that offer keno in Atlantic City. These epic games are complimented by a slew of amenities, so don’t hesitate to visit these larger than life casinos! 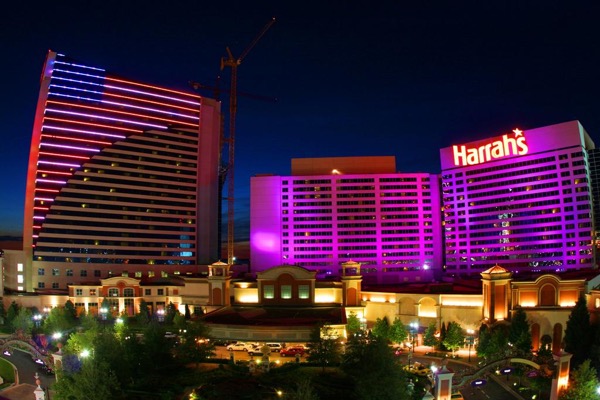 Indulge in the best keno option on the East Coast!

Casino #1: Harrah’s Resort Atlantic City – This sprawling resort is one of the top properties in the Caesars Entertainment franchise. It was the first resort casino to open in the Marina District, and set the standard for Atlantic City’s casino industry. On top of pioneering luxury gambling, this complex is absolutely packed with amenities. Their four hotel towers are flanked by Waterfront Shops and the Pool. To further cement their impact on the city’s skyline, Harrah’s boasts a 525 foot tall Waterfront Tower that’s completely covered in a breathtaking LED display. Visitors can choose between 10 restaurants, multiple bars and nightclubs.

Even though it’s easy to get overwhelmed with the amenities, the casino is where the action is at. Their 156,284 square foot game floor is bursting at the seams with every gaming option imaginable. Over 2,150 pokies machines are flanked by 110 table games and a keno parlor. From 10am to 2am, punters can select from 1 to 15 numbers in the hopes of winning up to $250,000. The stakes are high, so don’t miss out on this epic opportunity to test your luck in luxury! 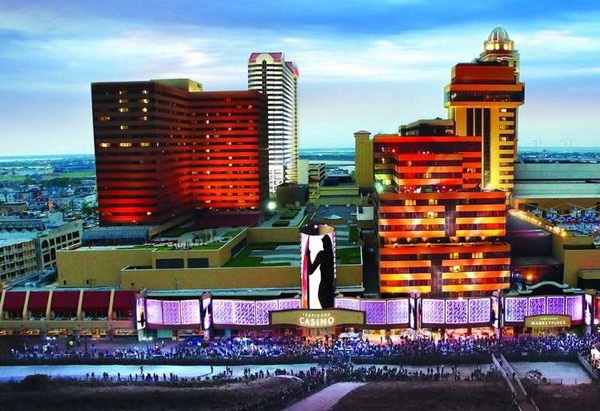 Casino #2: Tropicana Casino & Resort Atlantic City – Even though it’s located right on Atlantic City’s iconic boardwalk, everything about this venue is larger than life. Boasting 2,379 guestrooms that are nestled on 55 floors, this casino has one of the largest hotels in New Jersey. Their 24-hour entertainment complex has 25 restaurants, 20 bars, 25 high-end shops, 4 pools and a spa. They also have a separate 200,000 square foot entertainment complex called The Quarter that has its own IMAX Theatre.

The entertainment options are endless, and they are accompanied by an equally impressive amount of games. Their 123,980 square foot game floor has 2,400 pokies machines and 170 table games. They also have Jade Palace, which is an area dedicated exclusively to Asian games. Poker and keno are also available, which makes it one of the most complete casino catalogues in Atlantic City. This casino has it all, so stop by to make your next trip unforgettable!