Even though some Aussie beers are strong, other brands blow them away with their striking potency. The rebirth of craft brewing has produced some outrageously high APV beers. Some brave companies have managed to produce beer that’s stronger than most vodkas. However, it’s impossible to achieve this naturally. The strongest naturally fermented beer is Sam Adams Utopias, & it only has 29% ABV. While this is still outrageously high, the strongest beers easily surpass 50% ABV.

To achieve these new levels of intoxication, fractional freezing is required. This process helps separate water from the alcohol, allowing ungodly amounts of alcohol to be added into beer. Even though these beers are freaks of nature, they definitely deserve to be highlighted. For this reason we have compiled a list of the world’s strongest beers. Get ready to be blown away by the staggering amount of alcohol they contain!

3 of the World’s Strongest Beers 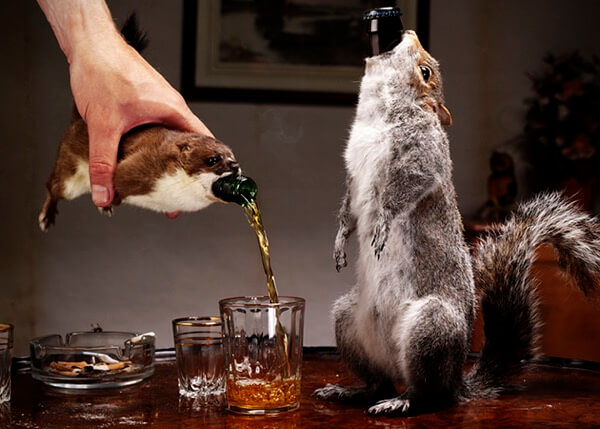 You can’t beat this presentation!

Beer Brand #1: BrewDog’s The End of History – BrewDog outdid themselves with this shocking powerful ultra limited blond Belgian ale. This epic brand of Scottish beer packs a whopping 55% ABV. While this is a shocking achievement, the appearance of this beer steals the show. Each bottle is wrapped in a dead squirrel, giving a whole new meaning to rustic appearance. Apart from the raging amount of alcohol, this beer features hints of mead, nettles & juniper berries. Each bottle costs $780, making it one of the most expensive beers in the world. Express your dominance over nature with this show stopping beer! 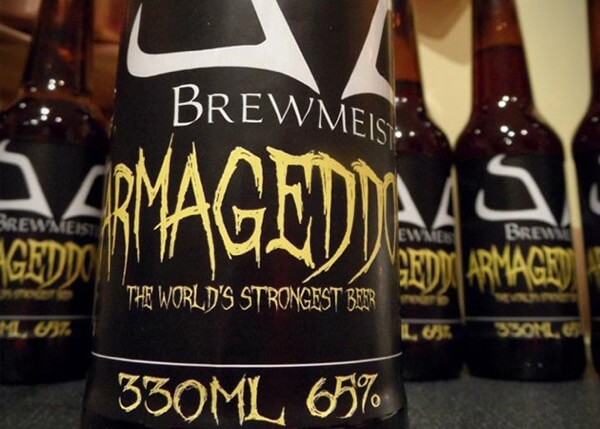 It’s easy to think the end is near while sipping on this!

Since it can knock out even the most seasoned drinker, it’s meant to be enjoyed like a fine whiskey. It was created by artfully blending wheat, flaked oats & 100% Scottish spring water. Despite its terrifying levels of alcohol, it has received a high level of praise during taste test reviews. If you are trying to make a statement, grab yourself an Armageddon. 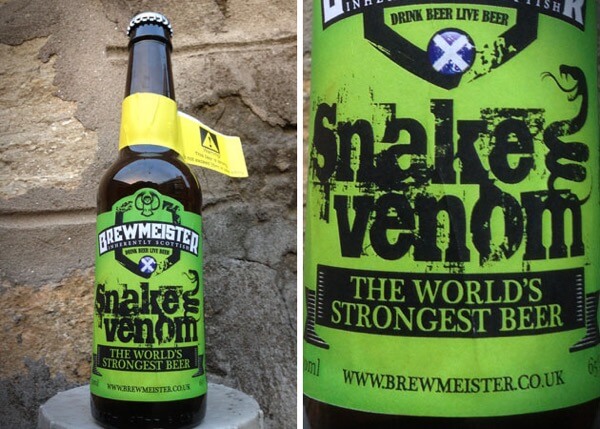 This is the end all for any beer drinker.

Beer Brand #3: Brewmeister’s Snake Venom – After basking in the glory of creating the world’s strongest beer, Brewmeister’s engineers grew restless. Owning the world’s strongest beer wasn’t enough, they decided to prove that they were their only competition. In 2013 this heroic vision became reality when Brewmeister unveiled Snake Venom. Since it contained a staggering 67.5% ABV, this beer became the new world champion.

Many critics couldn’t believe that Brewmeister had managed to outdo themselves. After over a year of experimenting, Snake Venom was born. This ferocious blend was created by blending smoked peat malt, champagne & ale yeast. Even though they won’t admit it, there had to be some liberal freeze distillation to hit these numbers. For $80, you can pick up a bottle of this historic piece of Scottish ingenuity.