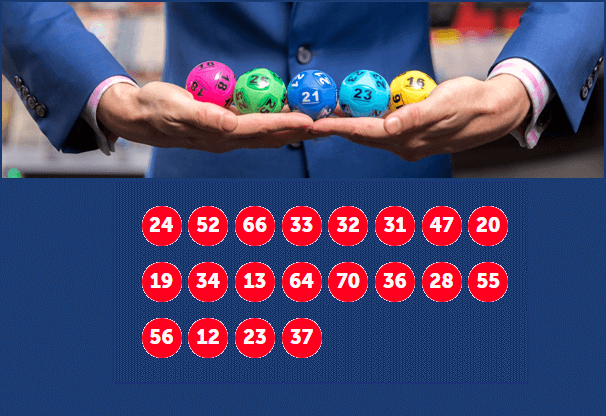 An Elizabeth Keno winner scored $50,000 Keno 8 Spot win in draw 2480346, drawn 1 April 2019. When this winner whose name was not disclosed by SA lotteries came to claim his prize confessed that he plays lottery games every week and grabs a Keno ticket about once a week when he is putting on his other entries. When asked how he planned to spend his Keno Spot 8 windfall, the thrilled man revealed he had his sights set on a cruise to Fiji.

Keno is a game whereby 20 numbers are randomly generated from a possible 80. To win a Keno Spot 8 prize, a player must match all eight of the numbers selected on their ticket against the 20 numbers drawn.

Depending on where you are playing the game, there can be deviations but typically a player can choose up to twenty numbers (or ‘spots’) on a game card. Some casinos restrict the amount of spots chosen to 10, 12 or 15. 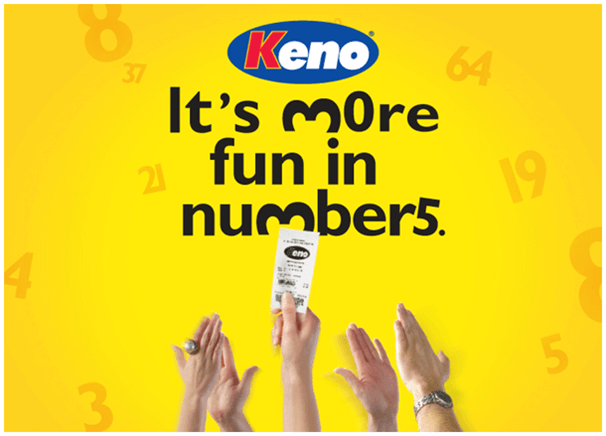 The more numbers you select, the greater the payout but the less chance you have of hitting you minimum winning combination. Like selecting three spots in Keno gives you two winning combinations; 2 hits or 3 hits. With the odds of winning by selecting three spots on a Keno game being 1 in 20 your chances may be good but the potential gains are low.

The odds of winning on a 10-spot card are 1 in 253 but can deliver better returns.

The probability of winning the jackpot (all twenty spots) are virtually impossible at 1 in 3.5 quintillion. Most Keno players stick to less than 10 spots per card with those wanting to play the best game of probabilities, playing 4,5 or 6 spot games. The odds of a win on this number of potential hits is around 1 in 5. 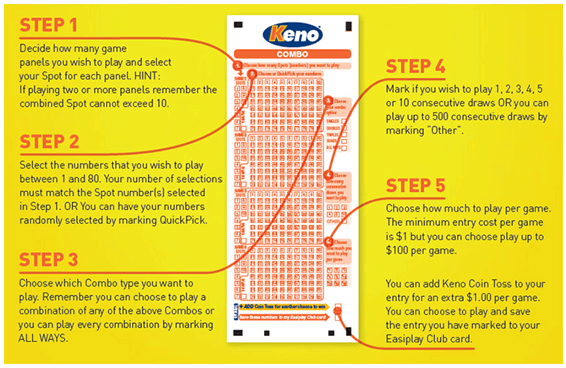 The first step to playing Keno is deciding which game you want to play!

Third and final step is to find a store to buy ticket to play Keno. Keno winning numbers are usually available shortly after the draw in-store or via the Lott website.

There is a Keno draw every 3.5 minutes. 40 seconds prior to draw close, sales for the current draw close and you’ll be entered into the next draw.

You can check your Keno ticket online, in-store, or scan your ticket using the Lott App. 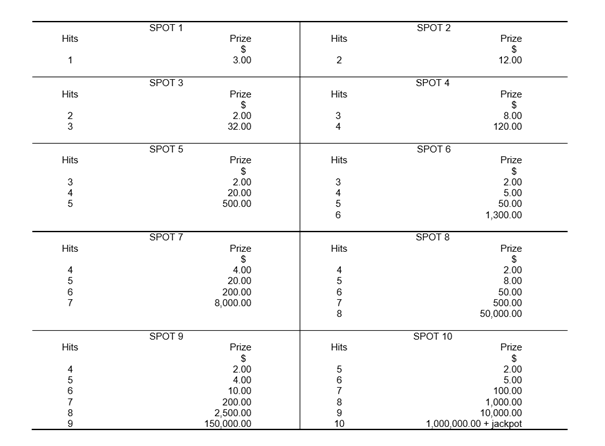 To win Keno, the Spots (numbers) you’ve picked must match the numbers drawn. How much you win is based on:

Numbers are displayed for each draw on Keno screen grids in-store or on View Results.