Keno apps are a great way to play Keno games for free. With people going crazy with their mobile smartphones or mobile devices, apps are a great time pass and a source of information too. iPhone and iPad apps are exclusive to Apple App store or called the iTunes store. This means the keno apps for iPhone and iPad are sold by Apple. The iPhones and iPads have become something that many people have to have wherever they travel to. Playing Keno game apps is such fun on the go. Remember that Apple doesn’t allow any real money gaming or gambling apps and all the game you play with the apps are free.

You are offered free credits or coins to play the Keno apps and you win more of such free virtual money to play more. The ability to download apps that allow you to play your favorite games is one of the things that make these mobile devices so popular.

The problem with browsing through the selections of iTunes is the vast number of apps that are available. It can become confusing and may not be as enjoyable as people want. It can be made simpler if you can limit the list of things that you want to look at. Here find 5 Keno Apps for iPhone and iPad.

5 Keno Apps for iPhone and iPad 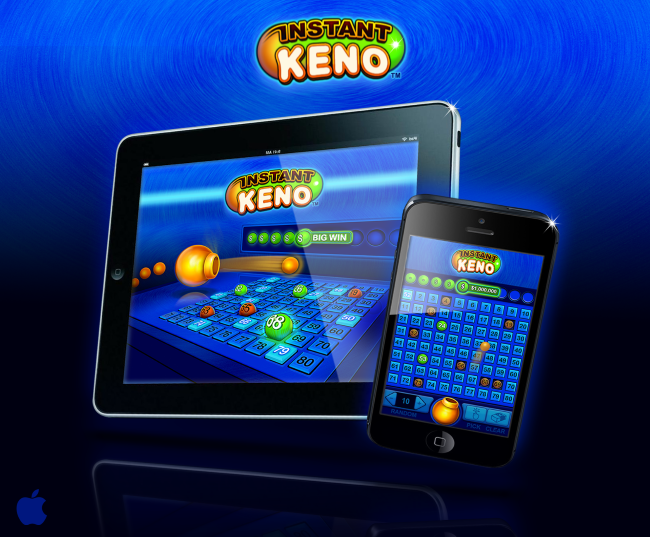 A good app to consider for your iPhone or iPad is a keno game. It is a fun game that can be played anywhere and it will provide you with plenty of entertainment. Keno is a game that is similar to the lotteries that millions of people play around the world. You can find versions of keno that allow you to play for free or you can find versions at online gaming sites that give you a chance to win real money. When looking for a keno app to download to your iPhone or iPad, you should consider the following list of 5. 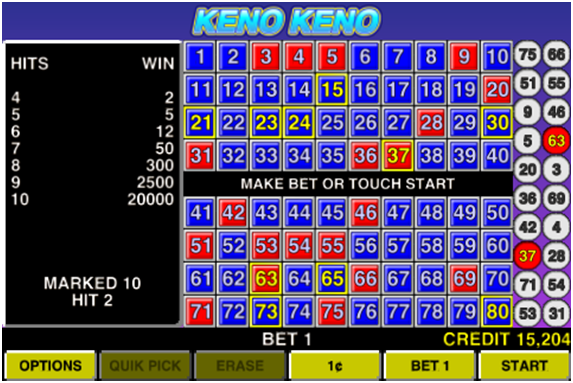 With Keno Keno app you can play classic Keno with bouncing  balls all in Las Vegas Style of gaming. You can also play other games from the developer of this apps like classic dice games called the Farkle addict, Yatzy addict, Video Poker, Keno 4 Multicard, Keno 20 multicard and Bingo classic.  You can bet from 1 to 10 on each card, Use quick pick to quickly pick your numbers. You will love the awesome casino background with ambient sounds. This app can be downloaded free from iTunes. Note that this app has in app purchases to  buy more credits to play Keno for longer time. This app requires iOS 6.0 later iPhone devices to run smooth. 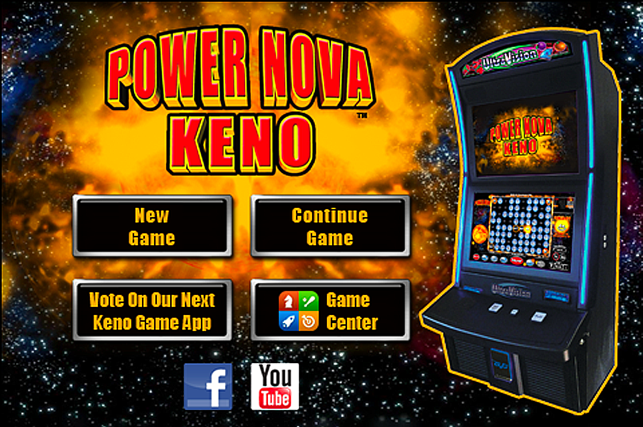 The numbers are revealed as a ping pong ball with a number imprinted on it is drawn and revealed. The game can be addictive and people have amassed a large amount of virtual winnings. Click here to download the game app now. 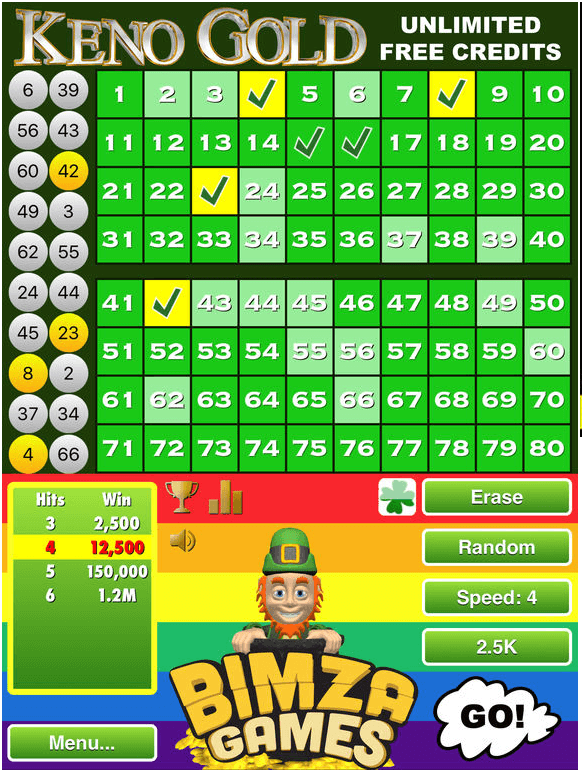 Keno Gold is number one keno app from the same developer who had created Keno Tap that is Bimza games. This game app offers traditional keno gameplay plus exciting bonus features such as Free Games, Game Multiplier and Extra Balls to enhance the experience. Whether you are 18 or 81 years of age this app is for everyone. Keno Gold provides hours of fun and enjoyable gameplay with rich graphics and casino-style sounds. You’ll feel like you’re at the casino, except that you’ll still have your money when you’re done!

You can download this app for free from iTunes and if you need more coins to play then there are in app purchases too. You need iOS 7.1 or later iPhone device to have this app on your mobile. 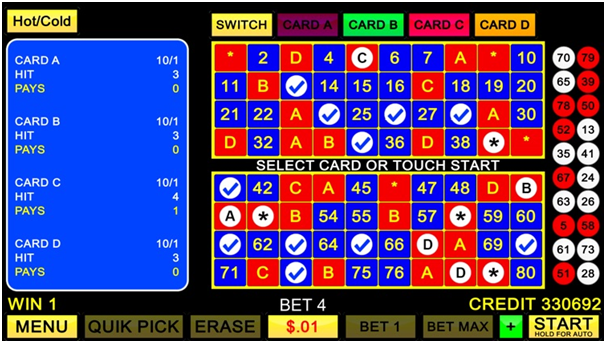 KENO 4 card is a keno app where you play 4 Multi Cards all Las Vegas style. You can bet from 1 to 10 on each of the 4 cards  and pick from 2 to 10 on each of the 4 cards or  play 1 to 4 cards. Choose numbers with Quick Pick and choose the speed of the game with variable Game Speed – Super Slow to Blazing Fast. You can download this Keno game app free from iTunes and in case you need more credits to play the game then there are in app purchases. You need iOS6.0 or later compatible phone to play Keno with this app. 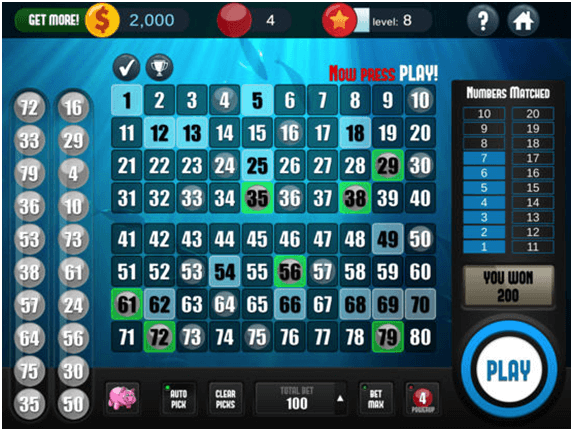 Play one of the best free Keno games with this app.  Absolute Games is free to play with lots of bonuses and coins. You get free coins every 4 hours when you play Keno. You can play Classic Keno or Keno Keno with a twist with great keno odds and high keno payouts. Enjoy free keno rooms and mini games and play in turbo mode for faster game play and to know keno results all the more faster. Even play offline and pick 1 to 20 numbers out of 80 numbers and see how many you match!
IYou can download this app all free from iTunes with in app purchases if you wish to buy more coins or Keno power ups to boost your game play  and play for longer time.  This app requires iOS 7.0 or later compatible iPhone to run this app.

Besides these above five Keno Apps for iPhone and iPad, there are real money keno apps as well. 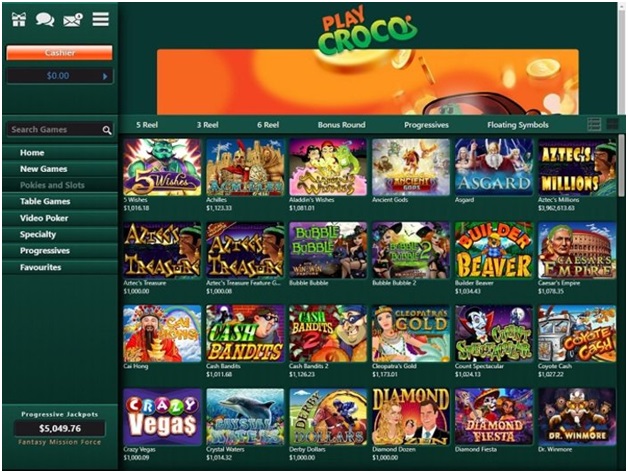 There are many online casinos that allow people to download their app for the iPhone and iPad. They offer different versions of the keno game that can include such things as progressive jackpots. Players can fund their accounts a variety of ways and can withdraw their winnings through similar payment methods.

This is the Australian official real money Keno exclusive app at app stores. Download the Keno app, create an account, choose your Keno game, pick your numbers and start playing Keno on the go with your iPhone and iPad.

With this app you can play real money keno games like:

Whether you want to play keno for fun or from real money on your iPad or iPhone, you will have plenty of options. Once you get the app, you may find that it is not so easy to stop playing. The game is fun and addictive.