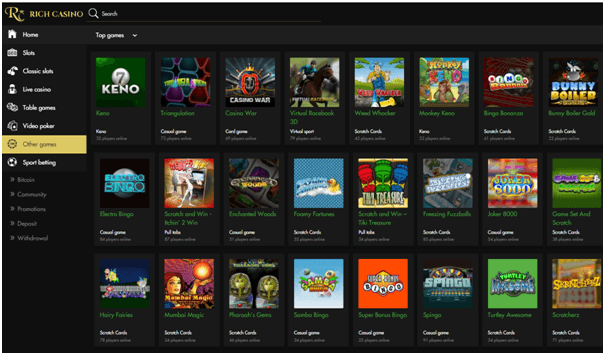 Betsoft gaming offers three wonderful Keno games to play at online casino, either choose traditional keno to play in Vegas style or play Instant Keno or Krazy Keno. Whichever keno game you play it pays big winning jackpots worth millions of AUD.  You can play for fun or with real money with few AUD per game. Traditional Keno and Instant Keno are standard 80/20/10 games meaning there are 80 numbered balls, twenty will be drawn, and players may choose yup to 10 numbers per game. Krazy Keno has a drum full of 40 numbers, so a perfect pick of 10 can pay as much as 100,000.00 on a single bet. 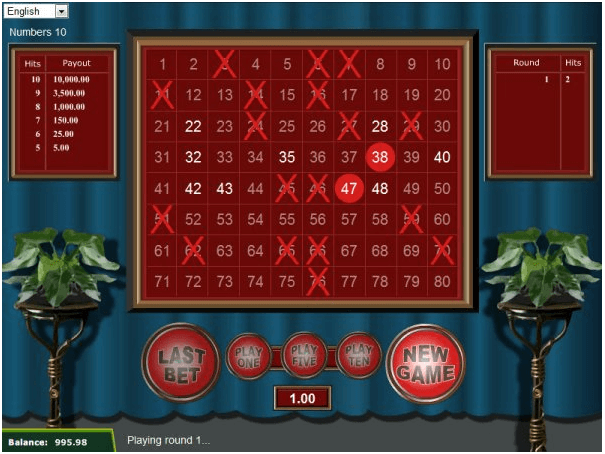 Traditional Keno from BetSoft allows game play for as little as 0,02 per round or as much as 1,00.00 per card. Choose a bet size then pick from 2-10 number on the keno card. Each of the numbers on the card represents one of the keno balls that may be drawn. Now click Play One, Play Five, or Play Ten games in a row. The game will draw 20 numbers at random from the 80 possible. As any of your chosen numbers are drawn, that spot will light up on the card. When enough matches are completed for a win, the payout amount will also be highlighted on the table to the left.  Your payout will depend upon how much you bet, how many numbers you predict will hit, and how many of those come to fruition. The highest payout is 10,000x bet for 10 of 10. 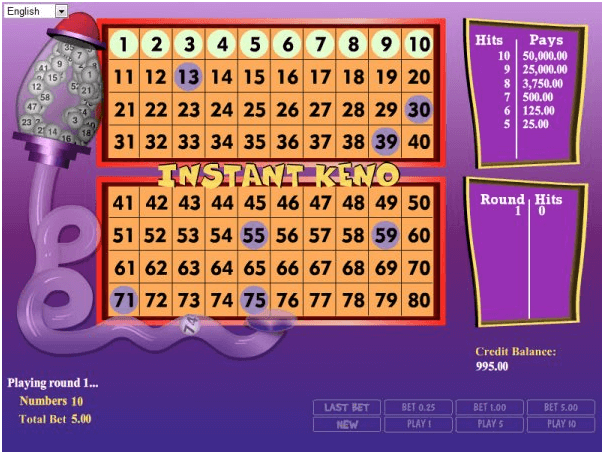 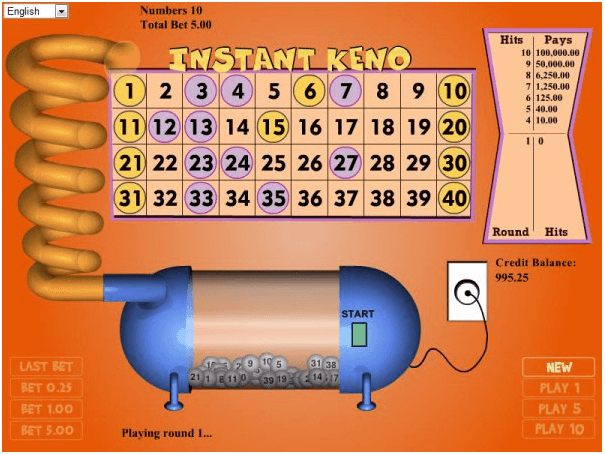 Krazy Keno is another fun and colourful fixed odds game from BetSoft with an amazing 100,000.00 potential payout for a 5,00 stake. The payouts are much higher in this game than for the traditional keno because there are only 40 potential results rather than the 80 in a traditional keno game. Choose a bet size of 0,25 – 1,00 or 5,00 then pick up to 10 numbers on the 10×4, 40 number keno card. You can play 1 game at a time or 5 or 10 games in a row at the same bet level. Press Start on the keno drum and 10 numbers will be drawn. You will be paid based on how many of the numbers you picked match the numbers drawn.

You can enjoy all these keno games at Betsoft powered online casino like Rich casino and even play with Bitcoins.

Over the past decade, Betsoft has earned a reputation as one of the world’s premier producers of high quality igaming products. They have obtained independent certifications and licensing in numerous igaming markets. As a result of these efforts as well as the quality of games, they have secured a loyal client base. They currently service a wide variety of online casinos throughout Europe and US market. Many of these online casinos accept Australian players to play Keno with Bitcoins and AUD or use any other currency of their choice with low currency conversion rate.

Now find the online casinos of your choice and enjoy the game so Keno from Betsoft.