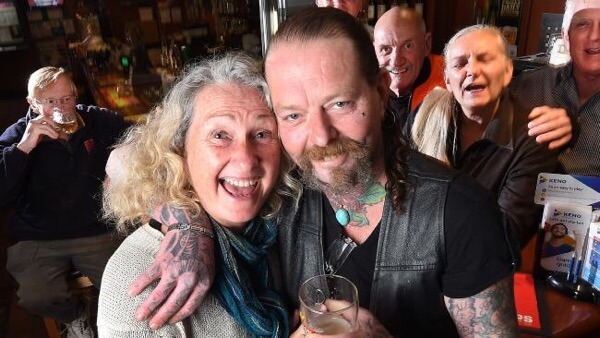 Winning big at Keno is every player’s dream. These are the people who made it a reality.

Without a doubt the most alluring part of gambling is it’s larger than life payouts, & Keno is no exception. For over a century Keno has been a celebrated part of gambling culture. While some see it as a fun pastime others play with a passion. Everyday thousands of players from around the world compete against the odds & chase the dream of making their fortune. Unfortunately for most, the odds of hitting a mega payout are slim to none. But the players’ love for the game & unbridled determination fuels the raging popularity of this lucrative pastime. Luckily for those who relentlessly play Keno, there are a handful of big winners that we can look to for inspiration. In this article we compiled a list of 4 of the most impressive payouts won at the glorious game of Keno.

Top 4 Keno Payouts In the World

Mega Payout #4: Surprise Rugby Club Win – It’s always inspiring when a good day gets even better. One Aussie man discovered this when he realized that he had won $2.8 million at the Tugun Seahawks Rugby League Football Club. He originally thought that he had won $10,000, but when he excitedly rushed up to collect his winnings he discovered that he had actually won millions. After almost keeling over with a mixture of elation & surprise, he vowed to pay off his mortage & spend more time at his favorite rugby club.

Mega Payout #3: Firewood Salesman Wins Big – In 2011 one retiree made a life changing bet at the Jimboomba Country Tavern in Logan City, Australia. For the last 25 years he had been betting the same numbers, & all that consistency finally paid off big time. The grandfather had lived a humble life, working as a plaster & then selling firewood after he retired. All that changed when he won a staggering $3.17 million payout. Fortunately he played it smart & left quietly before anyone in the news could discover his identity. He reportedly escaped to England with his beloved wife to see her family.

Mega Payout #2: Widower Uses Cash to Save Lives – While money can’t replace your loved one, it can always be used to help save others. A 68 year-old widower vowed to use the cash he won to help other people avoid the pain he experienced when his wife passed away after fiercely battling with cancer. In 2013, the retiree won a massive $4.37 keno jackpot at the BlackButt Hotel in New Lambton. He turned around & donated a large portion of the winnings to the local hospital where his wife received treatment. He shunned the luxurious lifestyle, opting instead to continue hanging out with his friends at the same keno lounge.

Mega Payout #1: Nurse’s Aide Finally Receives Aide – Without a doubt the largest Keno payout occurred in Las Vegas when a nurse’s aid named “Eddie” won $6.4 million. He reportedly used the age of his wife & children to pick the winning numbers. This outstanding win put him in the media spotlight, but the man concealed his identity by giving a false name & wearing sunglasses. This was done to protect his family since having money was extremely dangerous where he was from. Money has a way of changing lives, hopefully he escaped to somewhere safe with his family.

Click here to find the latest winners of Keno in Australia