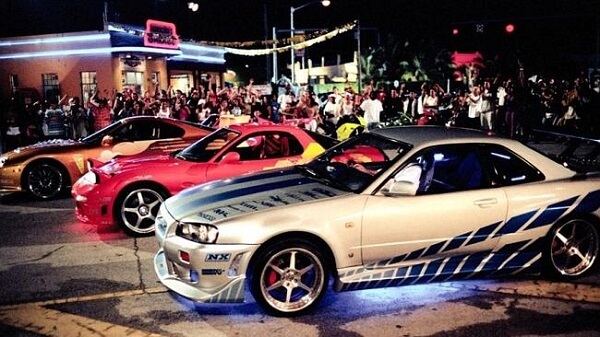 The deaths of two “revheads” in Campbellfield is shining the spotlight on Melbourne’s notorious street racing. At night the streets transform into highly organized secret events that would make Vin Diesel jealous. Fireworks are lit & tires engulf the air with smoke as these daredevils find out whose car is the fastest. The biggest racing group is the Northern Skids, who constantly battle for glory with these adrenaline pumped races. They coordinate the events on social media & text messages, only disclosing the locations at the last minute so the events don’t get shut down. Despite the police’s condemnation, these nighttime showdowns are exploding in popularity. This new rivalry has sparked the debate about whether harsh penalties should be enforced on these nighttime racers.

Melbourne has become a hub for these rouge competitions, with its long stretches of roads it has become a street racer’s paradise. The street racers have become an infamous part of the local nightlife, where these events steal the show almost every night. Inspired by the Fast & Furious, these daredevils customize their cars to reach maximum velocity. The most renowned racing group is the Northern Skids, who are in a heated rivalry with the South Eastern Skids. Both groups adorn their cars with custom paint along with the letters “S” & “N” to show their affiliation. When the sun goes down these hoons take over the street & convert it into their own racetrack. Since they remove their license plates & always change up locations, these racers are always one step ahead of the police.

Careening around corners & blowing through red lights, these racers play rush & roulette with their cars on a nightly basis. While their passion for speed is understandable, it’s creating a danger for motorists & racers alike. Harley Churchill and Ivana Clonaridis became victims of their addiction to speed when they careened off of EJ Whitten Bridge & plummeted to their death during a drag race. Accidents like this are exactly why police are considering enforcing 10 year incarceration penalties for racers. While this seems outrageous, some believe it’s the only way to cut down on this illegal hobby. Getting rid of street races is proving to be an incredibly daunting task, unfortunatley draconian laws will likely do little to solve the problem. When you combine strict rules with a sport fueled by the human urge to break the rules it only makes these activities more appealing to an adrenaline seeking racer.

The recent racing deaths are not a surprise, ever since its inception street racing has been notorious for occasionally causing terrifying accidents. If you push the limits enough times you will probably end up crashing, just look at what happened to Paul Walker. Even the man who personified this sport couldn’t escape the irony when he died crashing his fancy sports car into a tree. Ever since the invention of the automobile people have come up with extreme ways to push their machines to the limit, our human nature celebrates any chance we can to compete.

It’s hard to know who is to blame, the natural urge to push the limits or our own stupidity. When you take into account how many street races take place it’s miraculous how little accidents take place at these events. This number pales in comparison with how many people die crashing their cars while distracted by their cellphones. It’s a catch 22, while stricter laws may scare off a few racers, it will only make the sport more appealing to most racers. Everyone loves to challenge authority but no one wants to die in a crash. With all this new drama the sport is just gaining more attention & notoriety, which will promote it to more teens. No one wants to admit it, but for better or worse street racing is here to stay. Even when pitted against the law most people are too in love with their own ego to let this illegal sport go.