This is true whether you have played in clubs, hotels, pubs, or of course, casinos. IGT has serviced them all and is widely known for many types of casino games that feature great playing experiences, but historically, they are known mainly for pokies.

They have branched out and are now using their IGT bluechip Neo technology (as well as their still-stellar bluechip cabinets) for a lot of innovative things both in and out of the world of pokies. For instance, their dynamic button technology means that a small set of buttons can be used for multiple functions and “become part of the game” as IGT puts it, while allowing casinos, pubs, or clubs to download future games to work in the same cabinet, offering more games to players in the process.

One area where IGT is really setting out to expand is keno. Through their Multistar technology, they can now offer a bingo-keno combo game, King Keno, and even Krazy Keno. Out of these games alone, many different takes on keno are presented. 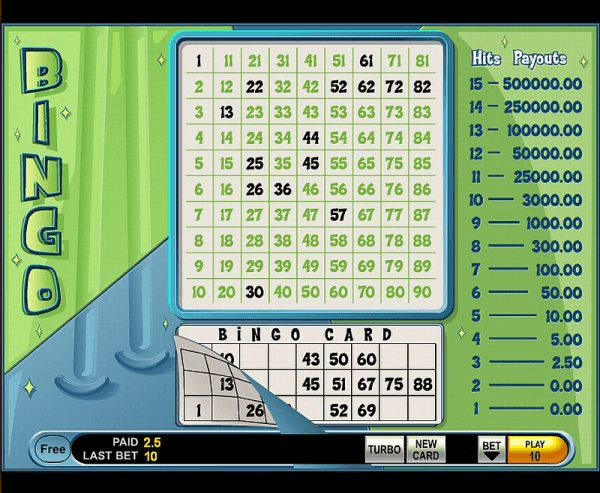 Bingo-Keno is rather a hybrid game; in effect it is simply a Keno card with a mandatory 15 markers. The balls or numbers are drawn from a pool of 20. Bet 1-10 credits per game round for a potential 5000:1 return. Matching ll 15 numbers pays a minimum of 5000 and as much as half a million with all ten possible credits bet.  You may choose a new card and/or raise or lower your bet before any game round. There is also an option to have the numbers delivered with turbo speed. 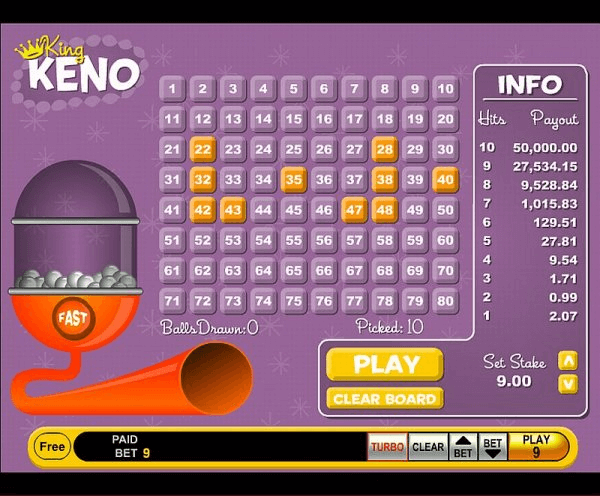 A simple lottery style game with an average 96% return this is Vegas classic. Choose any amount of numbers from one to ten from the grid of 1 – 80 numbers and bet from .05 – 20 credits per game round. Twenty numbers are drawn from the Keno drum. Odds differ for each amount of numbers picked. The highest award is for choosing and matching 10 numbers which pays 10,000:1. 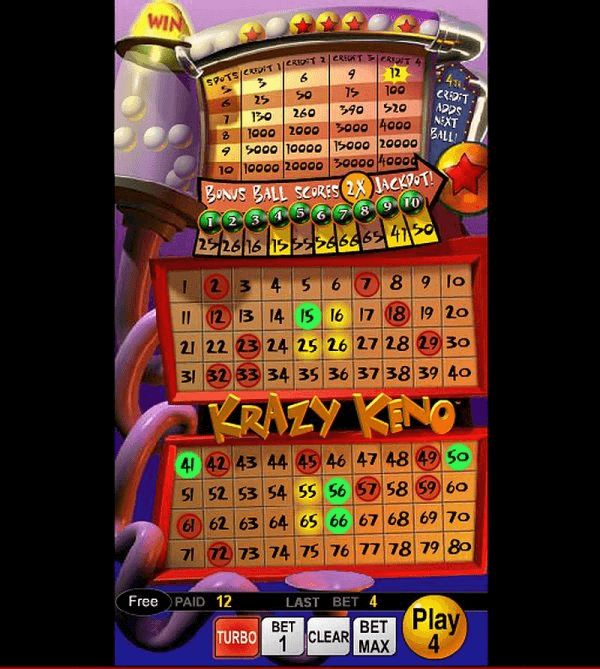 Pick from 2 – 10 of your lucky numbers and watch for how many are picked from the 20 balls that bounce out of the Krazy hopper. Bet 4 credits and see if the 2x Jackpot ball will double your winnings. The balls fly out with crazy animations and a 2x jackpot ball can even double your winnings. As you don’t have the option of hitting all twenty balls, your odds are a bit better but the top prize is limited to 80,000 coins. Best of all, like King Keno, Krazy Keno is available in online casinos, too. 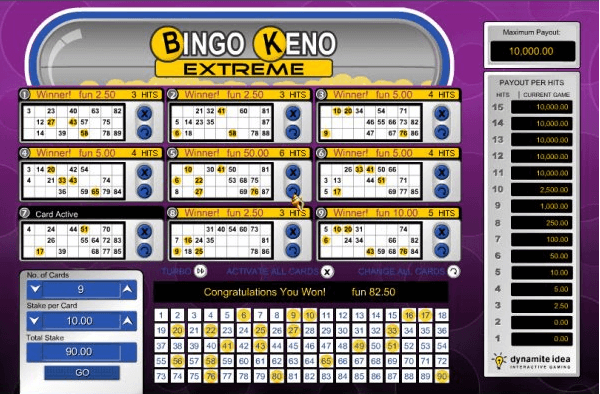 Play up to nine cards per game on this extreme version of Dynamite Idea’s Bingo Keno. See how many balls match your numbers for small, medium and lotto sized prizes. Play for as little as .10 on one card, or 10.00 per card on all nine cards. The game opens with 9 cards and you can play these or deselect up to 8 of them. Then set your stake per card – your total wager for the game will be shown in the box labeled, “Total Stake”.

Each card is set to a default 15 numbers and although this can’t be changed, you can easily change the numbers on a card with a random draw by clicking on Change all Cards, or on the Change Card button on individual cards. Now press GO (click on Turbo for a faster draw) and watch all 15 numbers light up for the top prize! 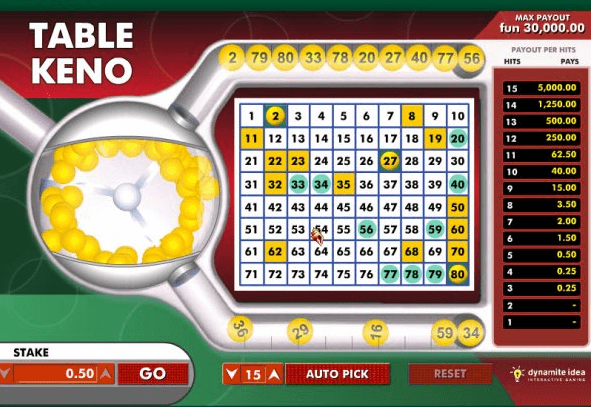 This game from Dynamite Idea lets players choose from 1 to 15 numbers and bet from .50 to 10.00 to see how many of the 20 balls that are drawn match their predictions. The top prize is 30,000.00 with lots of smaller prizes along the way to the jackpot. The smartest money is a 3.00 stake as it is the lowest bet that will bring in the top prize. Raising the stake higher than 3.00 per card does allow for more chances to collect the top prize though. The pay table is shown to the right of the game and indicates potential pays for the number of correctly predicted balls/numbers. The payout displays change with stake and amount of numbers chosen. 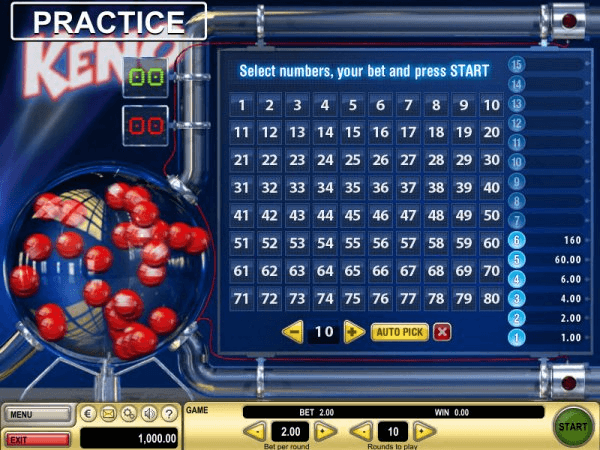 The object of the game is to try to guess which numbers will be drawn between 1 and 80. Twenty numbers will be drawn and players may try to predict up to 15 of the numbers. You will see the pay table change with every choice or cancellation of a chosen number. As the game is purely random, some players prefer to simply let the machine choose their numbers for them, while others prefer to play the same sets of numbers again and again. You can select how many for the machine to pick by clicking +/- and also choose a number of consecutive rounds to play those numbers at your chosen bet level.

Click start to begin the draw and twenty numbers will be drawn, one a time. When a match occurs that number will turn green on the Keno card and when enough have been matched for a win the pay table will light up with the result. There is a game history available under the Menu tab if you want to look for patterns.

Multistar and multi-game technology has allowed IGT to offer casinos the chance to have more games than they would normally have had the space for in the days before the technology had been perfected. This allows more player choice in all areas, but nowadays even classic games like keno are getting into the action along with favorites like pokies.