As our alcohol industry continues to flourish, Australian distilleries are helping a once neglected niche gain international notoriety. When it comes to industries down under, none are more promising than Australia’s alcohol market. Currently it generates $19.7 billion, which has a profound impact on the economy. On top of contributing $5.9 billion in taxes, this bonanza employs over 404,117 people. While these figures are impressive, this industry is expected to reach $32.44 billion by 2025. This jaw dropping growth is due to multiple innovations, including a new wave of local distilleries.

Within the last decade, Australian distilleries have transformed from rare anomalies into the new face of the industry. Now that Australian spirits are winning awards at competitions on an international scale, the spotlight is set on small distilleries. Currently 120 distilleries operate throughout Australia, with 31 in Tasmania alone. In 2014, there were only nine whisky distilleries in Tasmania. Seeing the amount of distilleries triple in just five years showcases how fast this niche is growing.

Every year, the number of distilleries continues to multiply throughout Australia. On top of increasing the options, this new trend is fueling a revolution. From sustainable sourcing to unique flavors, these venues are making Australians proud to consume local spirits. To truly understand the impact of this movement, examining the top distilleries is essential. For this reason, we compiled a list of Australian distilleries that need to be visited. These companies are pioneering a new era of locally sourced spirits, so jump onboard this revolution! 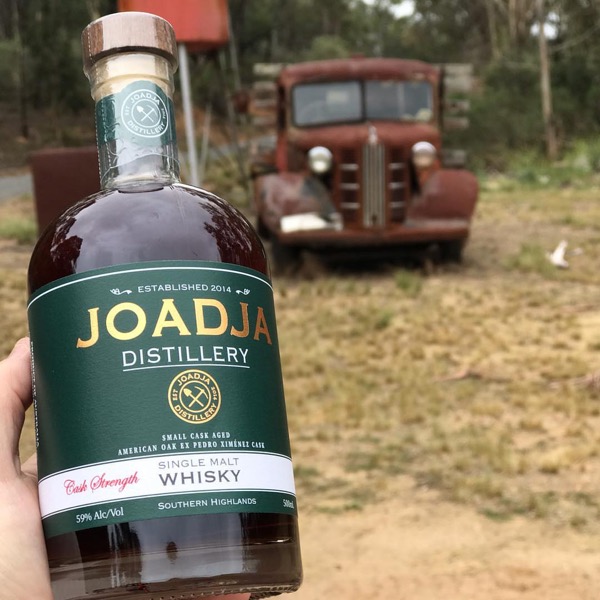 This distillery transformed a hidden ghost-town into a thriving attraction.

Distillery #3: Joadja Distillery – On top of producing an epic line of spirits, this company highlights a forgotten era. Nestled in the Southern highlands about 90 minutes South of Sydney, the ghost town of Joadja has a surprisingly rich history. In the 1870’s. Joadja was the center of a thriving kerosene industry that attracted hundreds of Scottish immigrants. While the town was abandoned after the kerosene industry collapsed, one daring couple is reviving its legacy.

When Valero and Elisa Jimenez purchased the entire town of Joadja, they were intent on rekindling its Scottish past. Through the construction of their distillery, this vision came to life with multiple high end releases. Today their whisky, gin and various spirits are taking Australia by storm. These products have won multiple awards, and there’s no denying their charm. On top of proving that anything is possible through hard work, their spirits showcase the tireless ingenuity that makes Australia great. 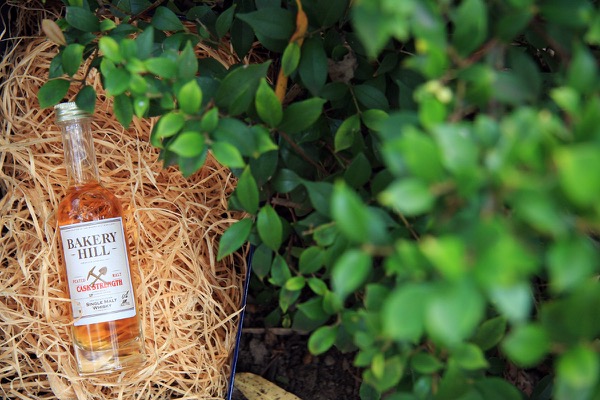 The gorgeous golden color of their whisky says it all…

Distillery #2: Bakery Hill – This innovative company embodies the rebellious spirit of the Eureka Stockade. During the Victorian gold rush of the mid 19th century, miners flocked to Ballarat to get in on the bonanza. The point where the roads converged was Bakery Hill, which signaled the start of the mining area. David Baker reigniting this forgotten term by founding a distillery that pays homage to this wild piece of Australian history. Boasting local malted barley and located in the outer suburbs of Melbourne, this distillery proves quality whisky doesn’t have to come from Scotland. Australia has everything necessary to proudly produce quality spirits, and this new golden liquid rush is something that anyone responsible adult should experience. 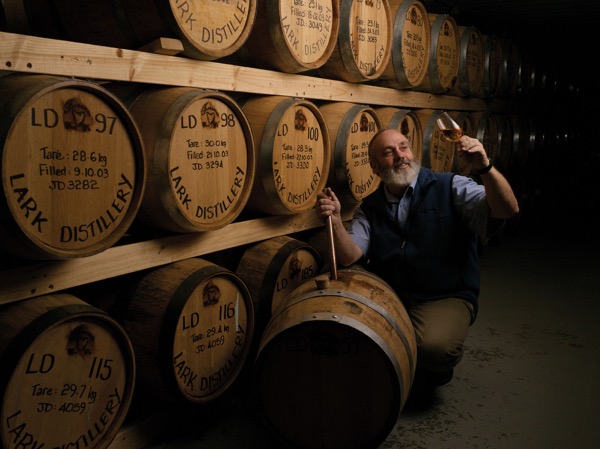 Distillery #1: Lark Distillery – One man’s unbridled curiosity ended up bringing Tasmania’s vibrant distillery industry back from the dead. Over 150 years after the last licensed distillery in Tasmania went out of business, Bill Lark had an epiphany. While embarking on a trout fishing expedition with his father-in-law, Bill wondered why no one produced malt whisky in Tasmania. Upon further inspection, he realized that this area had everything necessary to create the best whisky in Australia. In 1992, he turned this speculation into a booming local business.

Today the Lark Distillery produces some of the most revered whisky around. Under the watchful eye of Bill’s wife Lyn and daughter Kristy, their creations continue to exceed expectations. Flanked by a 500 litre spirit still, their 1,800 litre copper pot produces products that managed to captivate an entire generation. By utilizing Tasmania’s rich fields of barley and abundance of pure soft water, Lark Distilleries showcases why Tasmania is perfect for producing quality whisky. Their Lark Single Malt Whisky and Forty Spotted Rare Tasmanian Gin were so good that they ended up sparking a revolution. Today Tasmania leads Australia’s craft spirit industry with the most distilleries, and it all started from one man’s simple question.