Even though bistros originated in France, they have a strong presence in Canada. Given the country’s history, this development isn’t surprising. When the first Europeans landed on the Eastern side of Canada, they quickly dubbed it “New France”. This was eventually lost to the British during the Seven Years’ War, but France’s influence was far from expelled. The Quebec Act ensured that the French language, religion and concessions remained intact.

To this day, French culture has been preserved in Eastern Canada. From the language to the food, this subculture is officially recognized by the Canadian government. Canada is a bilingual country, despite the fact that most of its citizens aren’t. Even though it’s most obvious within Quebec, Canada’s infatuation with French cuisine can be found all the way in Toronto. In this bustling metropolis, quality bistros routinely steal the show.

Out of all the restaurants from around the world in Toronto, some bistros manage to stand out. These vibrant venues highlight the marriage of French and English cuisine, so they are a must-see for visitors. For this reason, we compiled a list of the best bistros in Toronto. Their food is so sensational that they can impress even the most jaded foodies. Experience epic food in a charming setting with these infamous bistros!

Treat yourself to this lovely bistro.

Bistro #3: L’Avenue – From Nota Bene to L’Unità, Otta Zapotacky has managed some of the most delightful bistros in Toronto. For this reason, it’s no surprise that L’Avenue became a hit. Before opening this Leaside restaurant, he recruited chef Jeremy Dyer to bring the menu to life. When examining their offerings, it’s impossible not to be impressed. Tender braised lamb shank is smothered in exotic Dubonnet sauce while a caramelized raft of Gruyère compliments French onion soup.

Dessert isn’t neglected, since they offer seasonal treats like supple poached pears that are daintily highlighted with vanilla. All of this dynamic cuisine is complimented by a robust French wine list and friendly staff. It doesn’t get cozier than this bistro, so be sure to visit it on Bayview Ave. 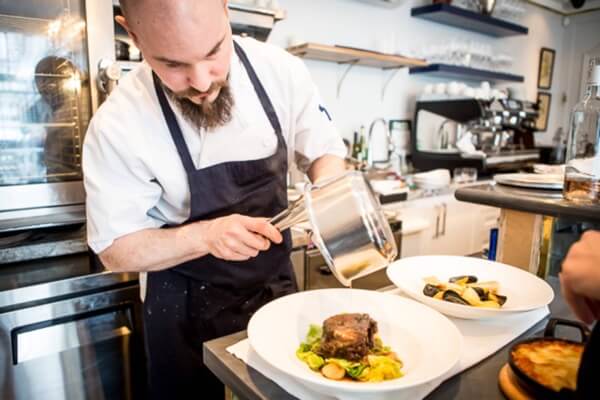 The dishes here are nothing short of divine!

Bistro #2: Chabrol – Elegant and discreet, this venue is the perfect place for hidden rendezvous’. It’s tucked back inside an alley, which makes it barely visible from the street. Even though this Yorkville bistro is tiny, their menu has enough heart to keep customers coming back for more.

The owner Doug Penfold puts his heart and soul into the food as he artfully manages the back burners. Chestnut soup fragrant with sorrel, pork liver mousse and roasted apples wrapped in chicken are cooked to perfection. Even though these dishes are divine, their fresh apple tarts steal the show. They are drizzled in a warm calvados sabayon that’s just as inviting as this epic bistro. 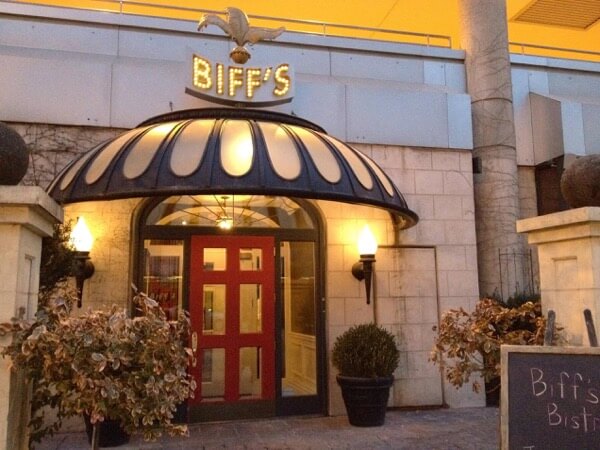 This bistro manages to stay fun despite being Toronto’s best bistro.

Bistro #1: Biff’s Bistro – This daring re-introduction of O&B’s infamous bistro showcases the perfect blend of British and French cuisine. Chef Bill Osborne conducts the perfect symphony with a slew of unique dishes. Cumin dusted lamb is accompanied by fluffy gnocchi and el dente green beans while green gazpacho compliments smoked sturgeon. Classic London bar snacks such as fish and chips are available to those who crave simpler treats. This bistro maintains class without being stuffy, which makes it a favorite for locals and foodies alike.