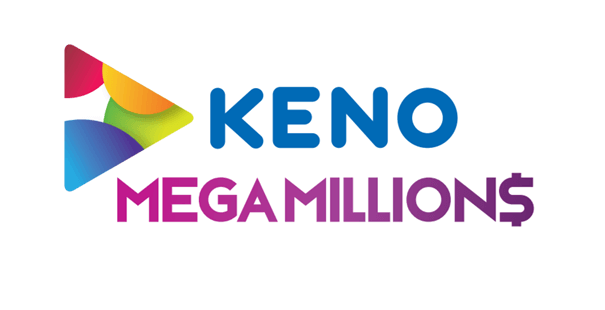 Last year Tabcorp the wagering giant put its keno business  in the multi-million-dollar spotlight by bringing the the biggest change to the game the NSW history. The Australian listed company, which worked on clearing regulatory hurdles to merge with Tatts Group to create an $11 billion gaming giant, launched “Keno Mega Millions”. The new product is a higher jackpot version of the current “classic” keno game that started in NSW in 1991.

If you wish to play Keno Mega Millions then keep on reading below to understand the game play.

This is a new game with higher jackpots  and uses the same Keno ball draw as Keno Classic . The new prize table based on a minimum $2 entry cost and you will find a separate purple Jackpot screen, displayed between each game. There is larger prize for the top prize on 7, 8, 9, 10 number games • and no Keno Bonus is available in this game 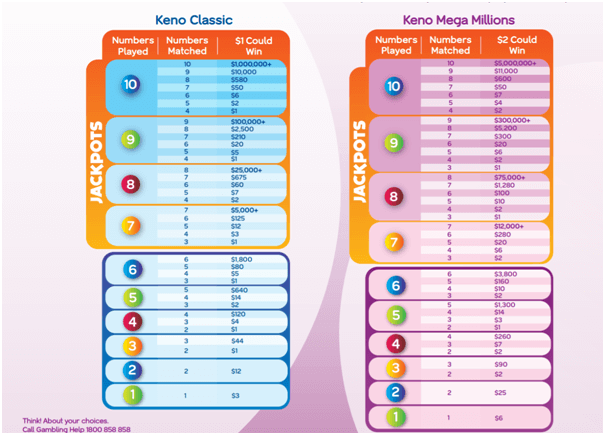 What you could win?

Mega Millions uses the same Keno ball draw but gives players the chance to win $5 million or more every three minutes with a spend of $2 — $1 more than the current game.

A transformation of the brand and products was kicked off around 18 months ago and in 2016 Keno returned to growth for Tabcorp, with revenues up 4.8 per cent at $208.5m.

According to Tabcorp’s chief operating officer Adam Rytenskild, Keno was a strong business, it had broad distribution and had been growing, but perception was the brand was a bit tired and seen as an older person’s game, and the reality  there is a broad demographic who plays keno but we wanted to broaden participation in pubs and clubs.”

Note that Tabcorp’s keno is played in 3800 venues across NSW, Queensland, Victoria and the ACT and in fiscal 2016 there were 100 million keno tickets sold. Keno gives away about $35 million in prize money to NSW, Victorian and ACT players each month and $62 million in total across the eastern seaboard.

Mega Millions was developed to appeal to a younger customer who played socially and was solely interested in winning big jackpots. The average top prize is about $7 million, with a minimum cash prize of $5 million, versus a $2 million average prize for the current game. So why the wait, with a minimum 10 Spot jackpot of $5 million, just add Keno Mega Millions for a chance to win $5 million or more! Spend just $2, and if you match the 10 numbers you play to the numbers drawn, you could win $5 million!

While the rest of Australia was cracking open Easter eggs on Sunday, a Randwick woman became Australia’s newest multi-millionaire after cracking the 10 Spot Keno Mega Millions jackpot at the Randwick Club in Sydney. Congratulations to our winner! pic.twitter.com/YGH3vycnDS