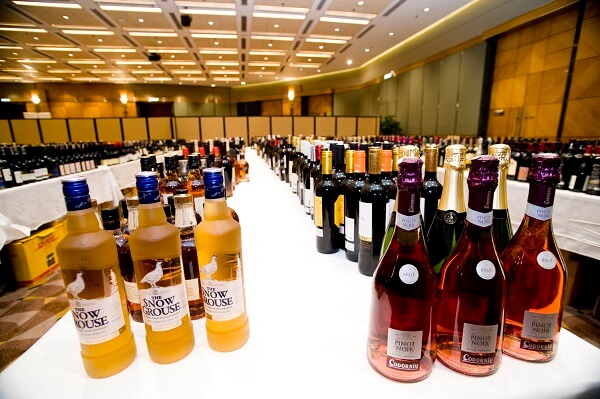 Cathay Pacific Hong Kong International Wine & Spirits Competition set the stage for Australian wine & spirit producers to receive the international attention that they deserve. For too long Australia has been diligently producing high quality adult beverages only to have the secret lost in translation. Luckily for us times are changing, with more and more Aussie companies getting rave reviews at competitions around the world. This last exhibition in Hong Kong showcased the overflowing potential of Australia’s budding alcohol industry. The long list of awards won by Australian producers officially let the world know that our country’s companies are ready for their shot to become key players in the lucrative international market.

After witnessing the winery’s success first hand in Hong Kong, chief winemaker of McGuigan Wines, Neil McGuigan, said: “As the outgoing 2015 President of the International Wine & Spirit Competition, I can’t help but feel nostalgic and grateful that we have taken out such a top honour for our Riesling in Hong Kong.

“The IWSC Hong Kong is a very high calibre show due to the quality of the judges. Winning awards in this exhibition gives us a great opportunity to showcase our wines into the emerging Asian, but more particularly, Chinese market. Our marvellous strike rate at this show is testament to our company’s commitment to over-delivering on quality at every price point.”

The notorious Cathay Pacific competition in Hong Kong unveiled a stunning display of Aussie ingenuity. Australian companies walked away from this major event with 28 gold medals along with 9 trophies. It was a good day for Australia, as the major winnings broadcasted our companies’ talent around the world. It was a banner night for the Australian Vintage Limited. In total they collected three trophies, the Best Australian Wine and Best Semillon for their 2003 Tempus Two Copper Zenith Semillon & the highly coveted Best Riesling trophy was awarded to their magnificent 2008 McGuigan Shortlist Riesling. By the end of the night AVL collected a shocking total of 31 medals along with three trophies. Another notable victory for Australia was when De Bortoli Wines picked up the Best Fortified (Worldwide) Wine for its De Bortoli Black Noble NV. The company said that the win was made even more special because Black Noble is one of the only fortified wines on the market to be made from their legendary botrytis grapes.

Debra Meiburg, Master of Wine and founding director of the Cathay Pacific HKIWSC highlighted the great strides of progress for Australian companies when she stated: “Both the results and the entrants in the 2015 competition are extremely encouraging for the wider industry. The breadth of entries continues to be enriched, which is demonstrative of the ‘normalisation’ of Hong Kong and Greater China’s wine market development. Where several years ago, non-traditional winemaking countries – and even some New World wine regions – were intimidated by the unquenchable thirst for fine wine from France wine that characterised the market in its infancy, now there is a wider view that the high quality, high value mid-market segment is offering huge potential for new entrants.”

It was an exciting night that is opening up doors for many Australian companies. Another Australian company that won big was the St Agnes Distillery, whose brilliant St Agnes XO Imperial 20 Year Old was named the Best Grape Brandy. Meanwhile the McWilliams 842 Chardonnay 2013 made history when it was named Best Chardonnay. These epic victories are shining the spotlight on some of our most prestigious products. The progress made by Australia in this last show will have long lasting repercussions on international exportation that will give people around the world a sophisticated taste of Australia.