Keno Xperiment is a type of Keno that you will love to play. It looks amazing and sounds great and quite user-friendly. And don’t confuse when you find it confusing on trying for the first time. Actually, it’s the opposite. It is easy to pick up and enjoy. Once you have selected your numbers and pressed play the numbers will start popping up on the game board at random and catch enough numbers and you win!

Where to Play Keno Xperiment 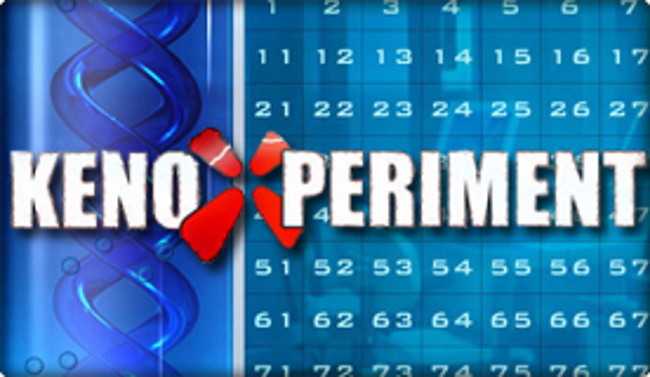 Rich Casino offers this awesome version of Keno. You can play free or for money. You can open the arcade games list where you will find “Keno & Numbers” which opens these games and then you can select Keno Xperiment.

Some of the extra options, which really help improve the overall gameplay include:

Hit the numbers you wish to play, from 2 numbers up to ten numbers, on the board of numbers 1-80 and then press play

Play only one hand with you selected numbers

Randomly selects your numbers to play

Pick New Numbers for Each Round

Selecting this option will allow you to play five games where it would choose different numbers for you for each game. 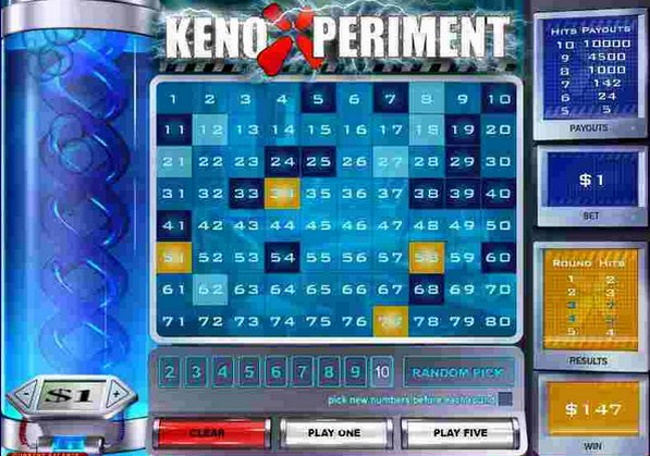 The rules are just normal that apply to all keno games. Choose your numbers, a minimum of 2 up to a maximum of 10, by clicking the numbers directly on the game board. Now press play one for one game or play five for five continuous games. You can choose Random Pick and once the numbers appear on the board you win accordingly. In the center of the screen is the game board where you choose your numbers and where the random winning numbers pop up.

You can see the wager amount in the bottom left of the screen, under the test tube which includes $0.25, $0.50, $1.00, $2.00, $5.00. At the top left of the screen is the payout table displaying how much you will win depending on how many numbers you have chosen. And ultimately, under the round hits screen is the winning amount screen that displays how much you have one for the previous game.

Keno Xperiment is a great game similar to any other version of online Keno. The only difference is this version has the awesome random pick features, which make it unique and that much more playable.