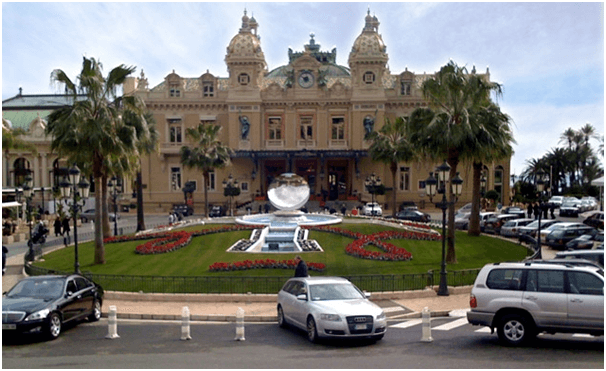 Do you know that behind the idea of opening this casino was a woman Princess Caroline,   spouse of Prince Florestan I to save the house of Grimaldi from bankruptcy? A team of Frenchmen—writer Albert Aubert and businessman Napoleon Langlois were recruited  in 1854 and opened the first casino in 1856 in Villa Bellevu. Unable to raise the capital needed to operate the money-losing enterprise, Aubert and Langlois ceded their rights to Frossard de Lilbonne, who in turn passed it to Pierre Auguste Daval in 1857. In 1863 François Blanc took  over to manage the new venture, a company—the Societe des Bains de Mer  et du Cercle des Etrangers—was formed with capital of 15 million francs.The name Monte Carlo was chosen in Prince Charles’ honor.

The Casinos of Monte Carlo in Monaco 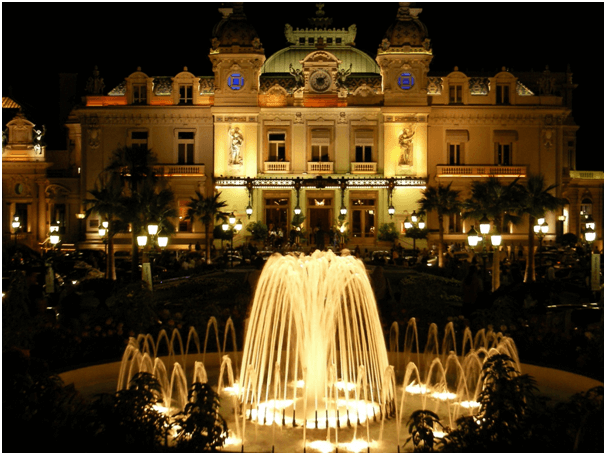 Contact:
Place du Casino
MC 98000 Monaco
(377) 98 06 21 21
vip@montecarlocasinos.com
Casino de Monte Carlo is an iconic establishment that has been a synonym for high class leisure and entertainment for over 150 years. This gambling and entertainment complex established in 1863, has beautiful architecture and had the best game offers at that time and became one of the top Europe’s places for rich gamblers and high class members of society. The mere mentioning of Monte-Carlo summons some tension-filled visions  of showdowns over the baccarat, roulette or poker tables, while the smooth, audacious style of James Bond in 2006’s ‘Casino Royale’ motion picture will be forever associated with its Monte-Carlo setting. 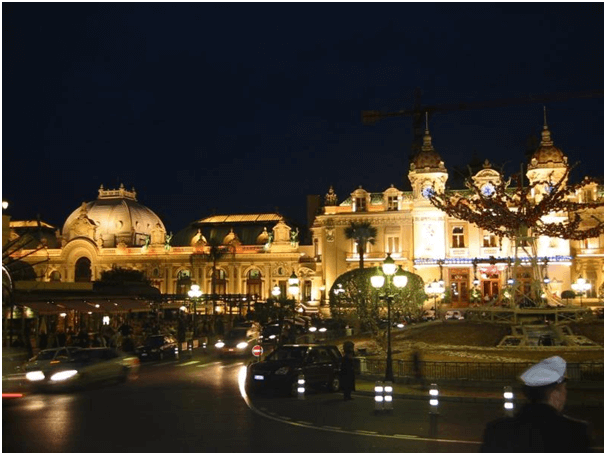 marketingcasinos@sbm.mc
The most popular luxurious resorts, it’s truly Le Casino CafÃ de Paris, which has recently become one of the greatest tourist attractions, offering numerous advantageous services to all its visitors. Le Casino CafÃ de Paris gambling area is striking in its size and the number of gaming options, as provides the resort’s visitors with all possible blackjack, roulette and baccarat variations, in addition to a great number of slots modifications. Moreover, the casino comprises a convenient poker room, which is large enough to host world’s game tournaments and championships every year. The most loyal clients of Le Casino CafÃ de Paris usually receive special Player Club cards, which enable them to receive extra bonuses, like free-play options, for instance.

Opened in 1975, the Sun Casino is all things American in Monaco. Its creation was of immediate interest to the Anglo-Saxon players keen on Black Jack, American Roulette and Craps. The European clients were quick to follow and were delighted to find in Monaco the special ambience of gambling, the fascinating peculiarities of which had been portrayed in a few American films. These games are still popular alongside 439 slot machines divided between the main room and the grand Jackpot, including the “colossus”—the most colossal machines to be found in Monaco. 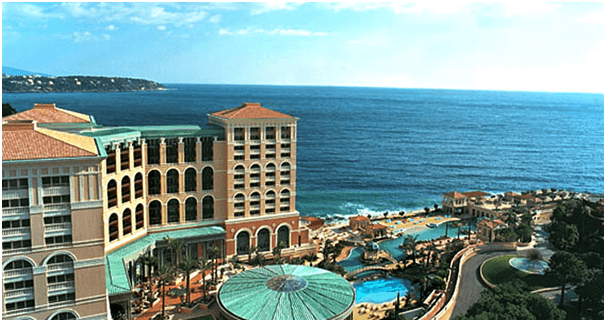 CONTACT
Address : Monte Carlo Bay Hotel & Resort – 40, avenue Princesse Grace – MC 98000 Principality of Monaco.
Telephone : +377 98 06 07 81
E-mail : vip@montecarlocasinos.com
Monte Carlo Bay, opened in 2005, appears to be one of the most innovative hotel & casino resorts within the territory of Monaco, offering the customers brand-new concepts of the perfect vacation and exciting gambling.  Although within the Monte Carlo Bay gambling area, one can’t enjoy playing any other game variations, except for slots, the gaming experience will be unforgettable, much due to the exclusive “Ticket In/Ticket Out” technology, which all the 150 machines are equipped with. 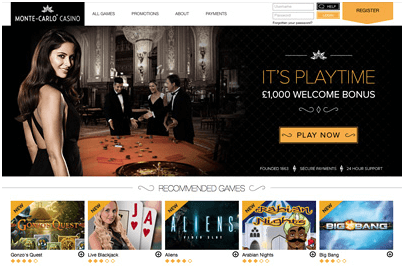 Monte Carlo Casino got its new online version launched by online gaming company Betclic Everest Group in cooperation with the original land based establishment.  Since 2012 it has been offering online games. With the luxurious plush online casino it offers a fantastic service to the elite player.  At Monte Carlo Casino, players will enter a sophisticated online casino environment, especially aimed at High Rollers. Therefore you won’t find any No Deposit Bonuses at Monte Carlo Casino but only high casino bonuses and a VIP-like service for big spending casino players that play with real money.

As soon as get to the main page of Monte Carlo’s website https://montecarlocasino.com/ you know that you are playing in a high class arena. The design is black & white and you can easily imagine yourself back in the classy, glamorous 1950s. The white background makes the website easy to read and the black touch gives it a rich and royal touch. It is very easy to navigate around the website with only a few tabs on top and you’ll know exactly what to expect when you click on any certain tab.

You will find a rather extensive range of NetEnt games in Monte Carlo Casino’s ‘games’ section and will definitely be able to find a game to suit. Included in this are local NetEnt jackpot games such as Jackpot 6000 and Caribbean Stud poker, as well as the big progressive jackpot games Arabian Nights, Hall of Gods and Mega Fortune. The slot library is very large and includes some of the most revolutionary games available on the web. These include Starburst, Disco Spins, Fisticuffs, Muse, Thief, and Gonzo’s Quest. Players who prefer more traditional three-reel games also have access to titles such as Gold Rush and Magic Love.
The table game selection at Monte Carlo Casino includes favorites from both Europe and America. Available games include Blackjack Pro, Red Dog Progressive, Baccarat Pro, Caribbean Stud, Casino Hold’em, and Hi-Lo Switch Pro. These games can all be played in a wide range of bet sizes, and each uses the same rules you would find in most land-based establishments.
Players who enjoy video poker have four different variants to choose from at Monte Carlo Casino. These are Jacks or Better, All-American Poker, Deuces Wild, and Joker Wild. Each game can be played with up to 100 active hands at a time, allowing players to spread their risk to fit their own playing style. The video poker selection also offers top-notch paytables and quality animations.
Monte Carlo Casino also has a mobile casino which features the NetEnt Touch games and even has some tables from the Net Entertainment Live Casino.

Keno has the distinction of being the casino game with the highest house edge. But it also plays the slowest, so the player’s per-hour expected loss is in line with the other games. If you’re going to play keno, be sure to play the live game to take advantage of this slow pace. Video keno has a lower house edge, but the speed more than makes up for this to make it a more expensive option.

The various types of machines at Monte Carlo Casino

You can choose from traditional slots to the latest video poker machines. Go after single-machine progressives or take a spin for the big bucks on multimillion-dollar jackpot slots. 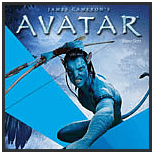 James Cameron’s AVATAR, the highest-grossing film of all time is now a cutting-edge casino experience. Take flight for Pandora and track your progress to play additional game content as you advance to new levels. 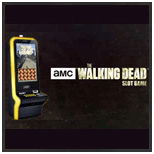 Guide Rick, Daryl and some of your favorite characters through a walker-infested world of wheel bonuses, surprising spins and cut scenes of the gruesomely popular TV sensation. 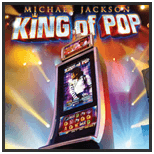 Michael Jackson King of Pop is the world’s first slot game to feature the iconic music of Michael Jackson combined with thrilling bonuses like U-Spin, Mystery Wilds, Free Games, a huge progressive jackpot, and a custom surround-sound chair for an unprecedented audio experience! 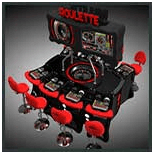 Play roulette with all of your friends with this comfortable and fun addition at casino floor. 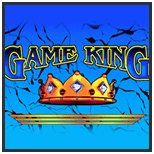 The king is in the house! Choose between multiple poker games, slot themes, keno games, and blackjack. Easily switch from one game to another, or pick your favorite and stick with it. A progressive jackpot is currently being featured at Ignite Lounge.

Monte Carlo Casino accepts multiple currencies including EUR, GBP, SEK, USD, PLN, HUF, CZK, SEK, NOK, BRL and CHF. You will have no problem finding a Cashier section thanks to their user friendly interface, and a minimum amount you can deposit is €10. Different payment options have different maximum amounts that go from €250 up to €500.000. This will make all those high rollers very happy.
Withdrawals can be made using Visa credit and debit card, Skrill, Neteller and Fast bank transfer. Maximum amounts for cash outs are €10.000, and if you are making your first withdrawal you might be asked to verify your identity by providing a copy of your ID, so make sure all the information on your user account matches the one on your official documents.

Monte Carlo Casino takes all of the steps we expect from online casinos to keep players safe. This starts with Thawte SSL encryption and firewall technology to prevent strangers from being able to see your sensitive information. The casino also complies with EGGL standards and has a legally binding privacy policy to prevent your information from leaking out offline.
To comply with Gibraltar requirements, Monte Carlo Casino has its games audited regularly by TST. The latest certification of gaming fairness can be seen by clicking the “RNG Certified” seal located at the bottom of the casino’s website.

Monte Carlo Casino offers the same level of customer care you would find in the company’s prestigious land-based establishments. The concierge desk (live chat) is available seven days a week from 8 AM to midnight Central European Time (CET). If customer service is not online, players can simply send an email to the casino’s support address and a representative will reply the following morning or you can fill the casino online form for all your queries.