While many cocktails are internationally known for being delicious, others are notorious for being controversial. Going against tradition, these perplexing concoctions were made unappealing on purpose. Instead of trying to tantalize the customer’s senses, these drinks were designed to test the client’s limits. From blending up fast food to adding horrific ingredients, these bizarre cocktails defy all reason. It’s amazing that they even got popular in the first place, despite the fact that they are undeniably novel.

For better or worse, depraved bartenders around the world still serve these stomach churning cocktails. To our knowledge the only way someone would indulge in these drinks would be on a dare. Nonetheless, these preposterous mixtures are actually recognized cocktails. To shine the light on these perplexing drinks, we created a list of the most bizarre cocktails in the world. Try these cocktails if you are feeling brave, but we recommend sticking to marveling at them from a distance. The world is filled with anomalies, and these cocktails are certainly a mystery in themselves!

Meet the Most Bizarre Cocktails in the World 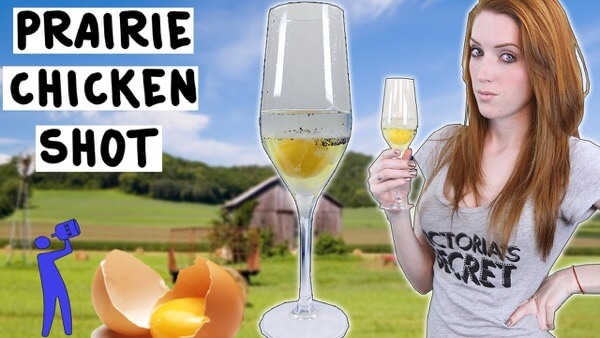 Rocky would be proud of this cocktail.

Bizarre Cocktail #3: Prairie Chicken – This odd concoction is just as puzzling as its name. To make a Prairie Chicken, add a double shot of gin and one raw egg yolk into a glass. From there top it off with a dash of salt and pepper to complete the mixture. Most people chug the cocktail, since it’s not something anyone wants to sip on.

While this cocktail may seem like a homage to Rocky, its raw egg salutes a different drink. The Prairie Chicken is actually a variation of an equally obscure drink, the Prairie Oyster. Made of Bourbon, a raw egg and Tabasco sauce, its hard to tell which one is less appealing. Try out this cocktail if you are in desperate need of some nutrients! 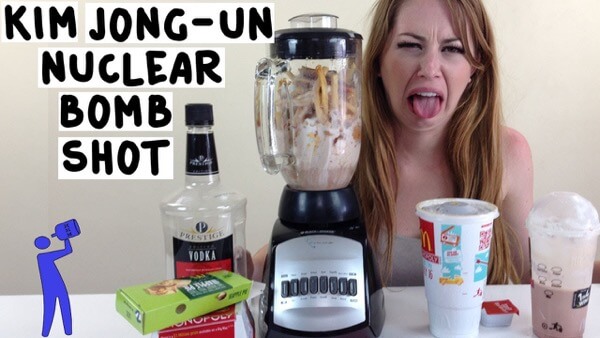 It doesn’t get more patriotic than this cocktail.

Bizarre Cocktail #2: The Kim Jung Un Nuclear Bomb – For those who enjoy making fun of the hermit country, it doesn’t get more extreme than this cocktail. In a direct attack on the “supreme” leader, this beverage contains everything America is famous for. To create this unapologetically patriot drink, all that’s needed is a blender and McDonald’s most infamous offerings. Simply blend up 1 Big Mac, 1 milk shake, 1 large fries, 1 apple pie and 1 tangy BBQ sauce. All of these McDonald’s favorites are complimented by a healthy amount of vodka.

To make this cocktail even more outrageous, it can be garnished with a corner of the Big Mac bun. This cocktail is as American and unappealing as it gets. Even though it’s far from delicious, it’s a hilarious way to celebrate living in the free world! 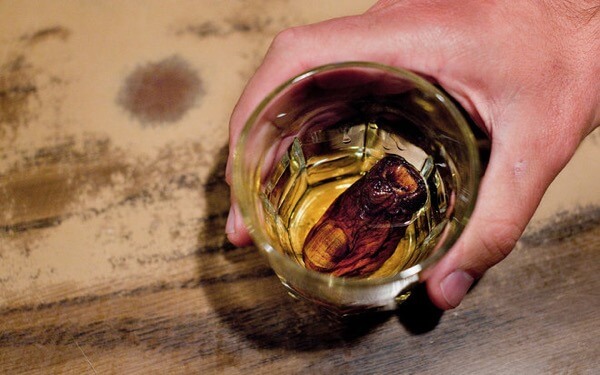 Bizarre Cocktail #1: The Sourtoe Cocktail – While the legality of this cocktail wouldn’t fly in most countries, its perfectly fine to indulge in the Yukon. Instead of settling for an exotic animal or precious stone, this cocktail actually contains a mummified human toe. To be clear, this isn’t some cheap Halloween prop. The Sourtoe cocktail actually contains a real human toe that sits in a glass of Yukon Gold whiskey.

This morbid mixture has made the Downtown Hotel in Dawson City, Yukon infamous to any seasoned drinker. The staff encourages patrons to let the toe touch their lips as they finish the glass. This drink isn’t for the faint of heart, so try it if you dare!