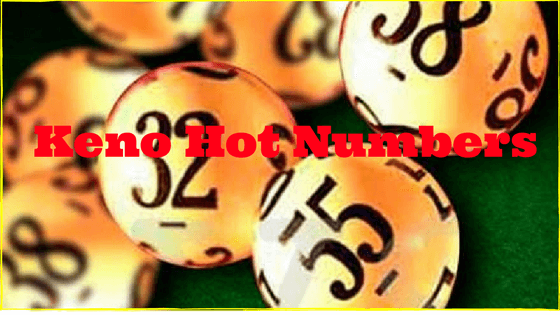 1. Players choose Keno hot numbers based on rituals and customs

Often as it is the human instinct that players choose numbers associated with special dates like birthdays, ages or anniversaries. These numbers are called ritual or custom numbers. Though there is no logic reason to explain why such numbers like the age of your child, number of your house you live in or your date of birth is so significant and holds a higher chance than any other of being drawn, but it definitely makes it easier to remember your keno picks.

The only thing that might come to mind when rolling these numbers on Keno game is that it satisfies you mentally as this number sound lucky to you which has played a positive role in your life journey and is also a thrilling experience using it in Keno game which might end up in big wins for you.

There are few superstitious numbers prevailing in the gaming field.  Such numbers are either based on mythology or on personal belief as these numbers either play a positive role in your life or a negative role in your life. Suppose a particular number might have been bringing good luck to you every time you have used it and some number might have proved fatal for you.

The superstitious number that once brought good luck players choose to stick with this when making their keno picks, or superstition deems a number to be unlucky so players avoid it like the plague.

The best example is the number 13, a number which people have long deemed to bring bad luck based on a list of ridiculous superstitions and as a result many keno players stay clear of it.

On the contrary, the number seven is considered to be the world’s luckiest number, favoured by people all over the world – hence the term “lucky seven” and the reason why you’ll often see the number seven used in pokies machines. There are no significant reasons why seven is so revered, but it may have roots to the ancient Hebrew association between the number seven and perfection.

If you look back at the history of many of the games you play like Pai Gow, Keno and other such casino games they have been originated from China and thus are associated with Chinese culture and customs. They have deep affect on Chinese superstitions which lie within Chinese numerology, which remain widely believed today, not just by the Chinese but by all players. There are therefore some lucky numbers according to Chinese numerology, which account for some of the most frequently chosen keno and lottery numbers. Like the number eight as in Chinese culture, there is no number considered luckier than the number eight. Being homophonous with the Cantonese word for wealth and prosperity, eight is believed to bring great luck when it comes to money, with the belief strengthened by the fact the number eight resembles the symbol for infinity. The number eight is considered so auspicious you’ll often find it used to bring good luck in Chinese culture. Then you have the number nine which is one of the only odd numbers considered to be lucky in Chinese numerology meaning “long lasting”.

Also you will find number two as the Chinese like the belief that “good things come in pairs” and hence the number two is often deemed to carry good luck. The number six is often associated with good business deals in China, as it is pronounced similar to the word for “flow” which also sounds like “luck.” Due to its preference with businessmen, many keno players believe the number six to bring good fortune.

4. Players choose Keno Numbers that show up previously or that do not show up in the winners list

This is what practically gives some good reason to believe that why many Keno players pick the hot numbers that have previously shown up as winners. Specific drawn numbers like 18 and 19 or 23, 24 and 25 are sought to be the hottest numbers. Players actually think there may be something irregular in regards to the selection process that in fact favors those numbers.

Even some players choose those numbers that have never shown in the winning list. The thought here is that those numbers have to eventually begin hitting in order to bring their occurrence up to expected levels during the long run.

For a few passionate gamblers playing the same numbers could go on not only for hours on end but sometimes for days and weeks on end. In case you are thinking about playing Keno for a longer period of time pick a large number of spots on the card. By doing this you are almost certainly going to win at least anything on every card, regardless of the fact that you’ll still be losing money over time.

It’s also wise to play added spots on each card. Should you hit those numerous numbers the payback could be impressive. However the chances of it taking place are really astronomical. For example, playing 14 spots the likelihood of hitting all 14 numbers are approximately 1 in 389 million.

So Keno fans always try to find a pattern or algorithm to determine which lucky numbers will be drawn in keno, but the truth is if there was realistically a way of correctly predicting hot numbers, everyone would be winning keno jackpots all over the place. In keno it all comes down to luck, pure and simple, and no matter how many times the data might tell you a particular number has a higher chance of appearing than another, every number has a one in 80 chance of being drawn.

Therefore though these four ways are acceptable to many players when choosing the hot numbers to be a winner it is but to remember the fact always that there might be few lucks in selecting such numbers but one should not get too caught up in how to pick your winning numbers. It is better to play for fun and also try playing online keno first to see for yourself just how random and  unpredictable keno draws can be. Finally stick to your bankroll in this game of chance and play with relax mind leaving the rest of things to your destiny.