Even though most of the world celebrates Christmas, the number of traditions surrounding this international holiday vary wildly. Over the years, Christmas has emerged as one of the most prolific holidays ever created. While its origins stem from many pagan traditions, it was remarketed as a Christian holiday that celebrates the birth of Jesus. Over the years, its religious overtones were replaced by Santa and traditions of purchasing presents for loved ones.

Today this holiday is a retail bonanza, and the amount of variations used to reach customers is absolutely staggering. From decorating poop shaped logs to eating silk worms, the methods for celebrating Christmas are endless. There are over 47 different versions of Santa, with some ranging from loving to downright demonic. While the intentions of this nighttime visitor fluctuate wildly, the general storyline applies to most traditions. At the end of the day, most cultures use Christmas to reward children for good behavior and celebrate family.

To showcase the sheer amount of holiday styles, we compiled a list of the most bizarre Christmas traditions. Despite originating from the same holiday, these customs look nothing like what we celebrate in Australia. Between the outlandish adaptations and their even stranger implementations, these versions of Christmas are a treat to examine. This wild amount of variation showcases how distorted a simple tradition can get when being passed down for generations. Every custom provides valuable insight on what makes each culture tick, so treat yourself to these delightfully perplexing Christmas festivities!

Weirdest Christmas Traditions In The World 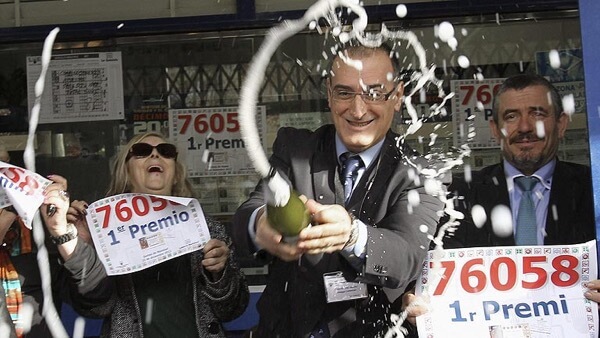 Christmas Custom #1: El Gordo Christmas Lottery (Spain) – This national lottery draws in a staggering amount of players during the holidays. Around 90% of adults in Spain indulge in this epic holiday contest, which makes it one of the country’s most celebrated traditions. El Gordo achieves this huge engagement rate by offering a robust selection of jackpots. In total over $2.5 billion in prizes are offered, with a grand prize jackpot of $720 million. While participants have a one in six chance of winning a prize, there’s only a one in 100,000 chance to win over $1 million.

By offering everything from tiny prizes to mega-millions, El Gordo captivates the dreams of an entire population. This level of participation showcases Spain’s love for gambling. On top of boasting one of the most lucrative lotteries in the world, they are also home to over 60 casinos. This staggering amount of options makes this European country a punters paradise. The amount of potential prizes offered by El Gordo are endless, so don’t forget to buy a ticket during the holidays! 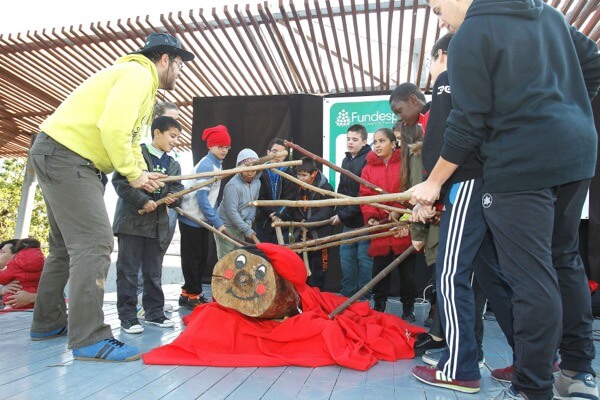 This bizarre tradition incorporates everything we love about the holidays.

Christmas Custom #2: Tió de Nadal (Catalonia, Spain) – This festive log embodies the comedic potential of the holidays. In early December, families across Catalonia purchase their Tió de Nadal figure. This consists of a hollow log that has stick legs, a painted face and red hat. From December 8th to Christmas Eve, all the children take care of their logs by giving them water and covering them with a blanket.

This cute relationship gets noticeably more demanding during Christmas. On Christmas Eve, the children beat the log with sticks while serenading it with traditional songs. These merry tunes revolve around telling the log to poop out treats or else it will be beaten some more. Once the traditional songs are sung, the children go into another room to pray. Upon returning, they are greeted with presents that lay under the log’s backside. Despite being slightly alarming; this adorable Christmas tradition is one of the most interesting holiday variations being practiced today. 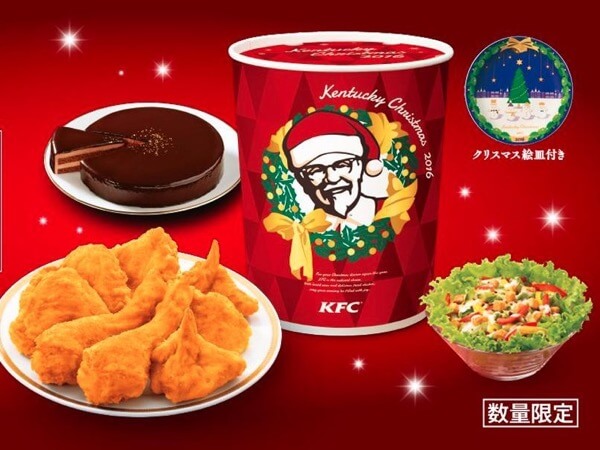 This cheap meal is the most coveted Christmas dinner in Japan.

Christmas Custom #3: KFC Dinner (Japan) – Thanks to an innovative marketing campaign that dates back to 1974, KFC managed to hoodwink Japan. By constantly pushing the slogan “Kurisumasu ni wa kentakkii!”(Kentucky for Christmas!), they caused an annual hysteria. After seeing the ads for most of their lives, many Japanese associate KFC with Christmas.

This fond memory fuels a staggering amount of business. KFC sells 1.5 million meals throughout Japan on Christmas day alone. Those who crave the infamous Christmas Party Barrel have to pre-order months in advance to avoid missing out on this made up tradition. Even though their fried chicken package is accompanied by a bottle of wine and Christmas themed plates, it’s a hard sell for non-Japanese consumers. This interesting trend showcases the power strategic marketing can have on an entire society.