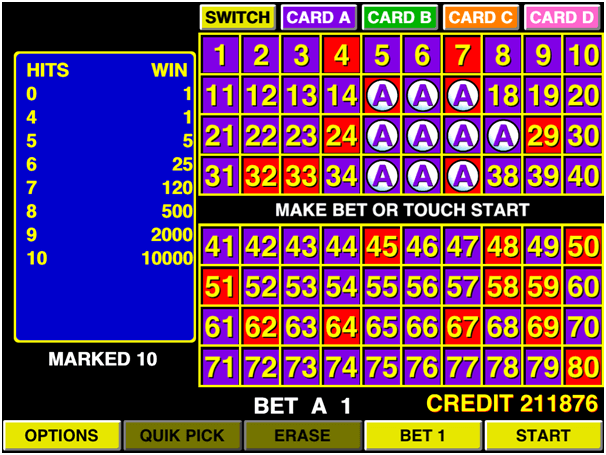 Four Card Keno is a classic casino game that is fun and easy to learn. Players select a bet amount and choose between 2 and 10 numbers on their Keno card. Numbers are then randomly drawn and appear on the keno card as they are drawn. The more numbers you pick correctly, the more you win! Just like classic keno, only you can play on four cards at the same time!

You need to play up to four different keno cards on the same keno game. That is, you can mark one to four cards (you don’t have to play all four), picking any number of spots on each card. Then the game proceeds as in regular keno, with 20 numbers being drawn. The obvious advantage is that you can cover a lot more numbers than with one card. Equally, the disadvantage is that you’re betting four cards instead of one, and the costs can increase.

Four Card Keno is available in various denominations, from a penny up to a dollar, and even the multi-denominational machines offer the best chances to win, because you can move from one denomination to another by simply touching the screen. But note that in multi denomination machines many times, the pay tables at the penny and two-penny denomination are lower than the other pay tables.

The lower pay tables is a trend that not only plagues multi-card keno games, such as Four Card Keno and 20-Card Keno, but they are also appearing in standard or single-ticket keno games as well but always try to find games with the better pay tables. Though Four Card Keno usually gives the player a better chance to win.

These are just a few examples, and you should experiment with your own favorite patterns whether they’re boxes, lines or just random numbers.

The base number in Four Card Keno 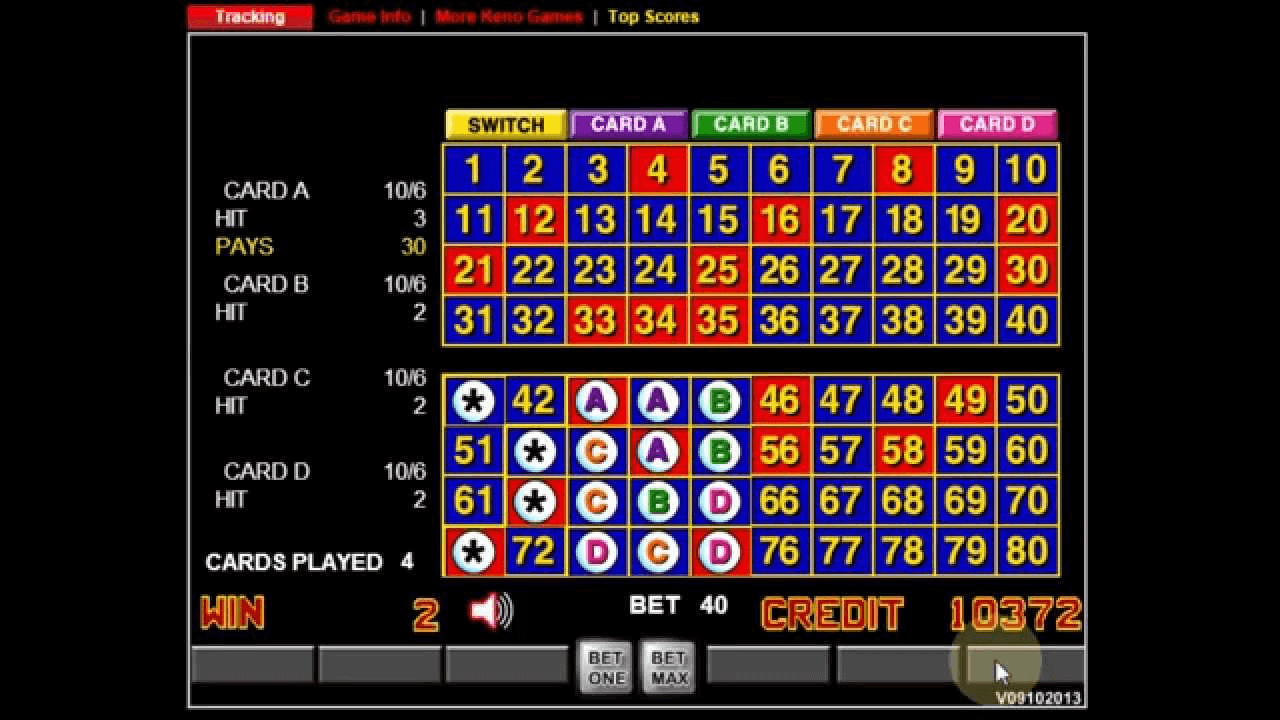 In Four Card Keno, the more numbers from which you chose the more inclined that you are to win something. However the less numbers that you select the larger the top prize will be when you do win. Therefore the best way will likely be a blend of picking more numbers and having as many of those numbers overlap as possible. So utilize a base number to help make that happen.

A base number is greater than your target spot. In case your target is a 5 spot, then your base number might consist of 7 numbers which will be reduced to play 5 spots with the 4 different cards. The trick would be to overlap the keno base numbers within a nicely balanced mode supplying you with exposure to a lot more possibilities and at the same time increase the amount of your winnings by winning on more than one card.

Where to play four card Keno?

Four card Keno is available to play at online casinos. Also there are many four card Keno apps to play for free and practice the game even on your mobile.