Sports fans have long been bashed for their outlandish behavior. From indecent exposure to full blown riots, losing is an art that most people can’t pull off. When the stakes are high, we will do anything to win. If their team doesn’t end up winning, some people will raise hell. This anomaly has been perpetuated around the globe. In a strange way it may even unite us as humans.

While many point the finger at soccer & rugby fans, no sport is safe from wild fans. It doesn’t matter which sport, every competitive event has managed to occasionally generated chaos. Perhaps we could blame it on our raging hormones or unquenchable desire to be on the winning team. Either way it makes for a great conversation. For this reason we have compiled a list of ridiculous sports fans that have made history. Get ready to celebrate your inner hooligan with this jaw dropping article.

3 Sports Fans Who Changed the Game 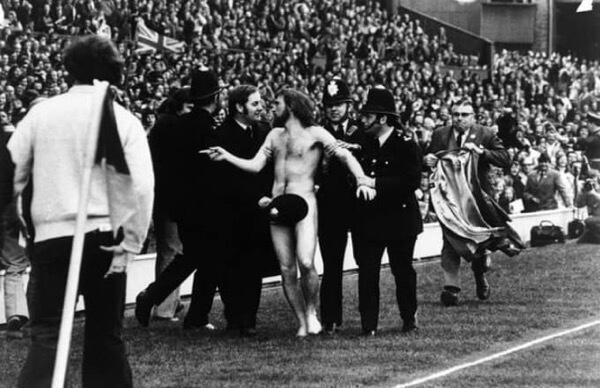 Fan #1: Michael O’Brian – This man will forever live in infamy for being the Godfather of streaking. In 1974 Michael shook up the sporting world when he ran naked across the field of the 1974 rugby match between England & France. At the time this act was nothing short of groundbreaking. A bet between him & a friend motivated the 25-year-old Aussie to make history by being the world’s first streaker. Police thought that the act was so amusing that they allowed Michael to return to his seat & continue watching the game. This historic act of indecency paved the way for streakers around the world. To this day people are still managing to sneak on fields to flash their goods to millions of bewildered spectators. 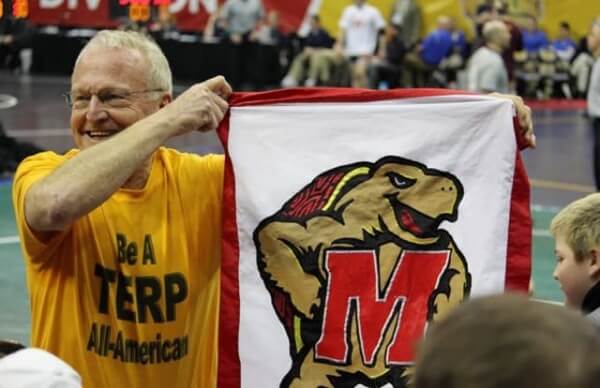 This man’s trash talking was nothing short of legendary.

Fan #2: Robin Ficker – When it comes to trash talking, no one can outdo Robin Ficker. This man managed to make headlines with his antics. Armed with a megaphone, this Washington Bullets fan would put the opposing team to the test. He would sit directly behind the enemies’ bench & unleash a torrent of jeers to distract them. For 12 years his crusade made him a well known facet of professional basketball. From making fun of players’ hair to reading sex passages out of Phil Jackson’s autobiography, Robin verbally dominated the basketball court. His taunting was so effective that Charles Barkley flew him to Phoenix to help the Suns defeat the Chicago Bulls in the 1993 NBA finals. Unfortunately, Robin’s reign of terror came to an end in 1997. When the Bullets relocated to the MCI Center, he was sitting too far from the visitor’s bench to distract them. In protest he refused to renew his season tickets & switched to harassing people at the University of Maryland’s wrestling matches. 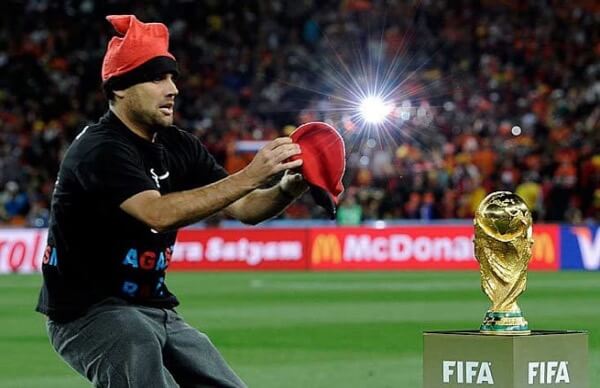 Jimmy Jump has infiltrated more high profile sports events than any other streaker!

Fan #3: Jimmy Jump – Few streakers are as prolific as this Spanish mastermind. Jimmy Jump has repeatedly been able to infiltrate high profile sports events around the world. It doesn’t matter what sport, Jimmy has crashed it. His most notable accomplishments were streaking at the FIFA World Cup in South Africa, the French Open & the 2007 Champions League Final. Unlike other streakers, Jimmy Jump has a message. During his show stopping shenanigans he always wears a t-shirt that speaks out against racial equality. We can only guess where he will strike next…