Last year Keno brand was re- launched with massive campaign by agency Shannon & Co, the new Keno Let’s Play. This showcased this game as a new life with transformed identity, new television, outdoor and radio executions and a new customer experience updated across Keno’s 3,600 venues. Using the hit ‘I gotta feeling’ by The Black Eyed Peas, Shannon & Co created an entertaining and exciting communication platform for the brand that extends to radio and digital. Strong retail messages of ‘$1 could win you $1 million’ and ‘play for instant cash wins’ were supported across the campaign.

With this campaign players of Keno now know how Keno can be played with more fun and excitement.  Keno is a high-frequency social lottery style game with a game every three minutes. 20 numbers are drawn from the 80 available on the Keno game grid. Players need to match the numbers they play to the numbers drawn for the chance to win over $1 million for just $1.

How to play Keno- Let’s Play 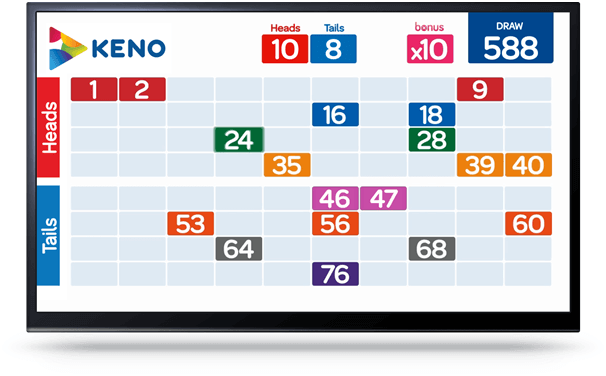 As Keno is a fun and easy to play game, as said above it is played approximately every 3 minutes. 20 numbers are drawn from the 80 available on the Keno display screen. Match the numbers you play to the numbers drawn for a chance to win over $1,000,000 for just $1!

So you choose a game that’s right for you. Once you have selected the game you need to fill out the game card and watch for your wins.  You need to mark your selection on the game card with a pencil. 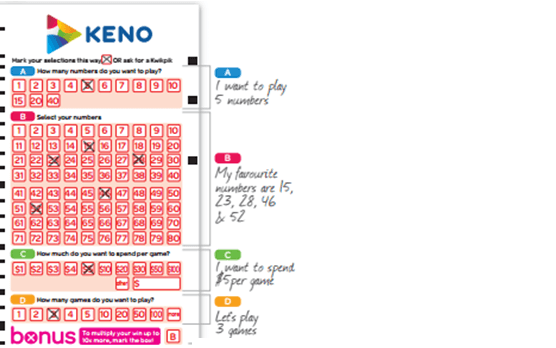 After you have filled the game card you can submit your card at the counter and pay for your game to receive a keno ticket or ask for a  Kwikpick. Like you can spend $5 per game and play 3 games.

You can also play keno on a Touch Machine which is available at certain venues if you do not wish to play with game card.

You have a choice to go for bonus round 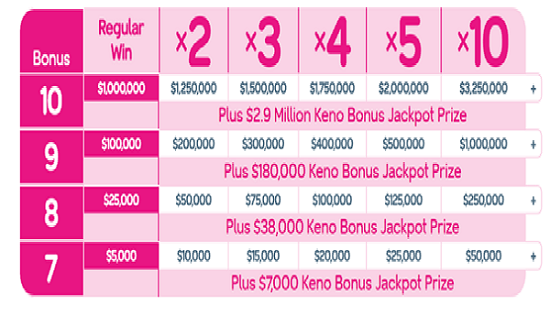 Keno Bonus gives you the chance to multiply your regular Keno prize by x2, x3, x4, x5 or x10. The cost of each game will double when you nominate to play Keno bonus. All you need to play Keno bonus is to simply select the box marked B at the bottom of your Keno ticket. Remember Keno bonus multiplier does not apply directly to Keno Jackpots.

How does Keno Let’s Play work?

If you are going to play Keno Heads or Tails that will give you a chance to double or quadruple your money. You need to pick half of the keno grid that will have more numbers appear or choose equal numbers in each half of the grid. 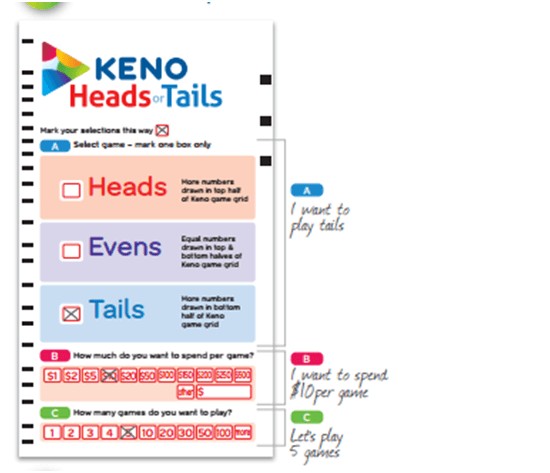 If you are willing to play Keno Advanced then it means Multiple entries in each game can be played on one ticket. Simply grab a Keno Advanced game card for more chances to win the game. Combinations are created by combining groups of numbers. To do this, simply mark your first group of numbers with letter A (instead of the usual cross). The second group of numbers is then marked with a B, the third with a C and so on. Just remember, you can’t use the same number in more than one group. Each combination represents one single entry. It is the amount of numbers correctly matched in each combination that determines your prize, not the total amount of numbers matched on the ticket. 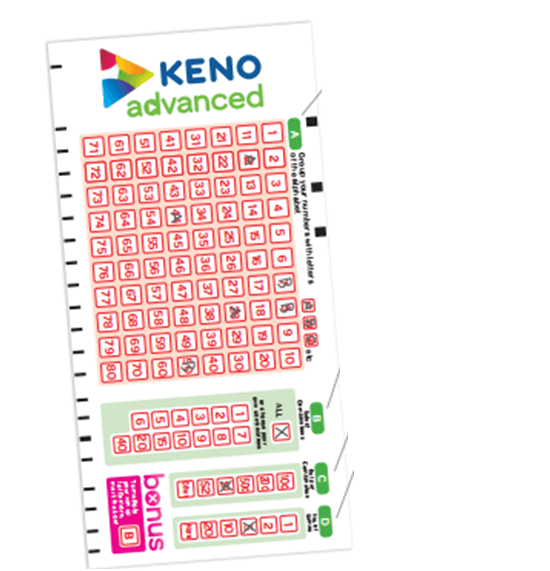 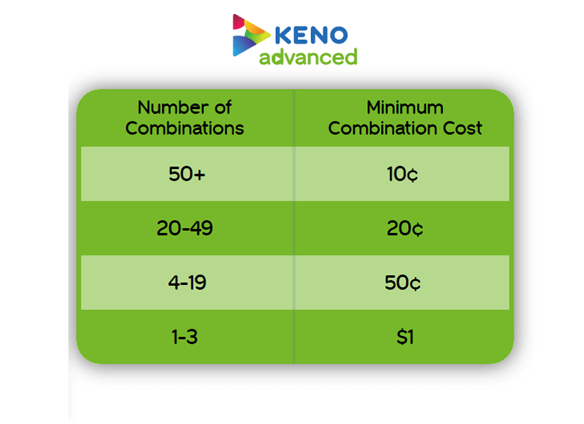 Also don’t forget to play Keno Bonus for your chance to multiply your win x2, x3, x4, x5 or x10. You can play Keno Advanced for less than $1 per game.

What are the Prize Structure and chances to win Keno- Let’s Play Jackpot?

On games where you’re playing 7 to 10 numbers, you’re playing to win a jackpot. If every number you choose comes up, you’ll win the jackpot. The jackpots increase with each game until they are won. Check out Keno game screens for current jackpot rounds 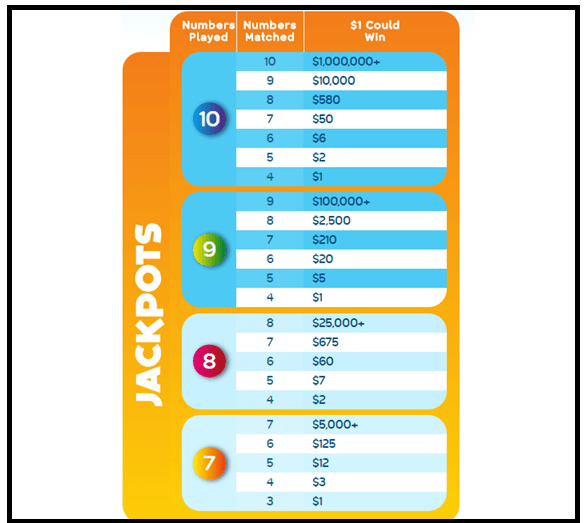 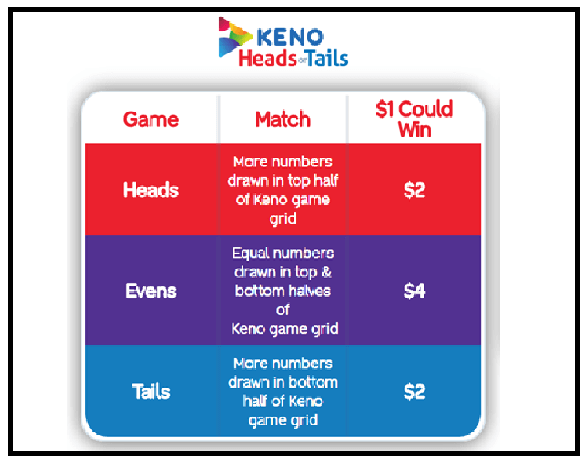 How to know you have won the Keno Let’s Play Game? 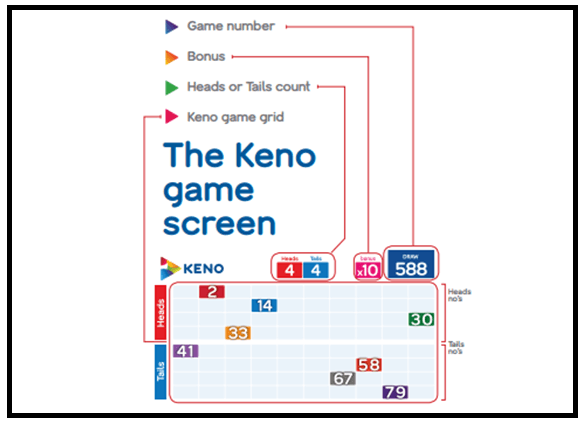 Make sure you scan your ticket after all your games have played to check if you’ve won! 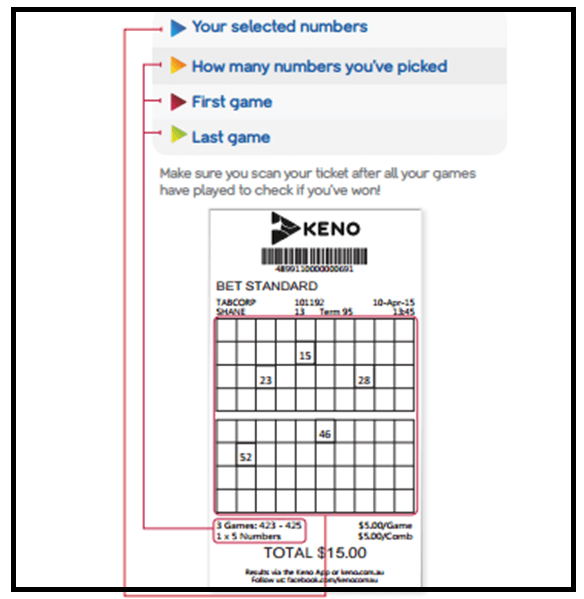 Also if you wish to play again you can go for Play Keno Replay and play with the same numbers again. You just hand in your ticket and ask to Replay, or scan your ticket at a Keno Touch Machine and select replay.

Where to collect your winnings for Keno-Let’s Play?

Keno Agents have set payout limits, which determine the amount of Keno winnings to be paid as cash to the customer, with any balance paid via cheque.

Keno is conducted under a licence issued by the State and as such, must comply with the appropriate legislation governing the operation of the game.

Now enjoy this game of Keno-Let’s Play with so many promotional offers to win too.