As sport advertising becomes even more lucrative, many Rugby teams’ budgets are skyrocketing. Supporting over 450,000 jobs in the UK alone, it’s no secret that sports are a marketing bonanza. Between rugby, cycling and football, sports are a £20 billion a year industry in England. While the IRFU raked in 85.72 million euros in 2017, England’s RFU generated 29.4 million British pounds in sponsorships alone. Over 2 million fans attended the last Rugby World Cup, and around 279,100 English adults participate in rugby union. With a robust fan base and fanatic amount of participation, the future looks bright for rugby.

This international fascination with rugby has made it an extremely profitable sport. Over the last decades this once humble pastime has turned into a booming industry. While many players enjoy massive salaries, the real winners are the top rugby clubs in France. By representing specific areas with their players, these teams have become brands that local fans can passionately rally behind. From merchandise to endorsements, there’s no end to the potential profit for popular rugby clubs. These massive revenue streams are transforming rugby teams into revered international icons.

As rugby clubs continue to evolve, so will the reach of the sport itself. The growing popularity of rugby in general is welcome news for both players and fans. To truly understand the future of the sport, understanding the potential for profit is essential. For this reason, we compiled a list of rugby clubs with the highest budgets. The amount of money these once humble clubs operate with is staggering, so prepare to be shocked by this list!

Richest Rugby Clubs In the World 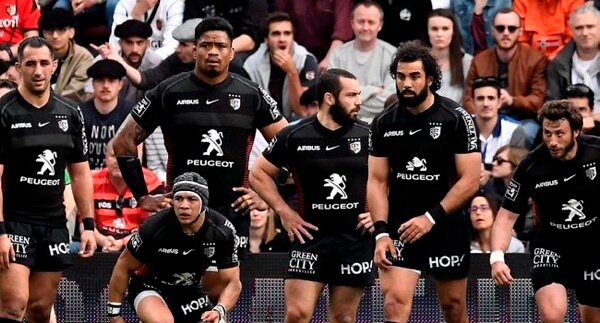 This team has plenty of financial backing.

Rugby Club #3: Stade Toulouse (€32 million) – Boasting a record that’s even more impressive than their budget, this team embodies France’s passion for rugby. In total Toulouse has won the Heineken Cup four times and were runners-up an additional two times. Additionally, they have won a record 19 French Championship titles.

Thanks to this spectacular record, Toulouse is one of the main providers to the French national rugby team. While their games are usually played at the Stadium Municipal de Toulouse, their official home ground is the Stade Ernest-Wallon. Their 2018 budget is a staggering €32 million, which makes them one of the most lucrative clubs in the world. A generous amount will be spent on hiring All Blacks veteran Jerome Kaino, and fans couldn’t be happier. 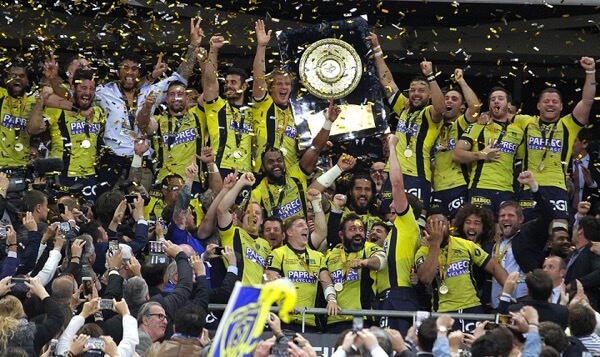 With such a heavy investment, there’s plenty for this team to celebrate.

Rugby Club #2: ASM Clermont Auvergne (€32.5 million) – Out of all the teams in the Top 14, L’ASM are the underdog many fans root for. Despite reaching the French Championship final 13 times, they have only won it twice. Despite this dismal record, this team consistently wins over fans with their unbridled spirit and unique style of play.

They routinely play at Bib Park, the 19,022-seat Parc des Sports Marcel Michelin. Their home city Montferrand is where Marcel Michelen created his first factory before World War I, so it’s no surprise they are business oriented. With a staggering €32.5 million budget in 2018, they are undoubtedly the most heavily invested underdogs in the world. 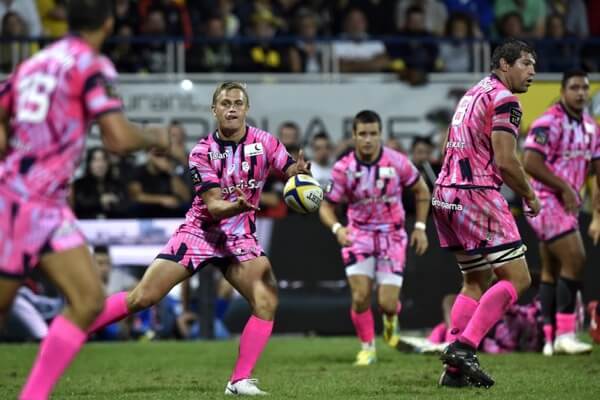 This team has the most robust backing in the sport.

Rugby Club #1: Stade Français (€34 million) – Backed by German billionaire Hans Peter-Wild, this team is a force to be reckoned with. They are using their massive €34 million budget to hire internationally recognized players Nicolas Sanchez, Gael Fickou and Yoann Maestri. After surviving decades of tumultuous losing streaks, this team is back on the rebound. Ever since they won three games in a row against Toulon, Racing Métro and Clermont in 2015, they are intent on redemption. They are now playing in the 80,000-seat Stade de France, so their fan base is growing exponentially.