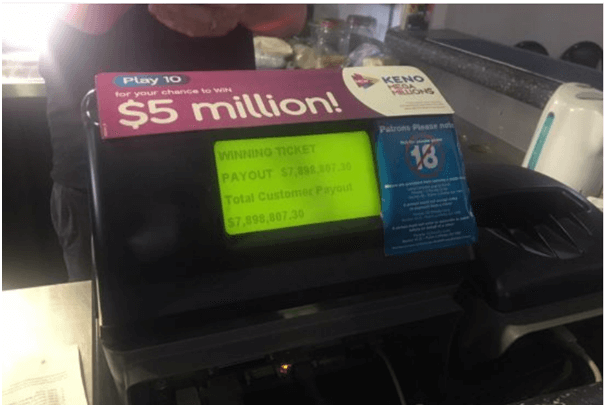 There have been many Keno winning stories in Australia. Last year in 2018  there was a biggest jackpot Keno winner that made Keno history in Newcastle pub. The winner was a 43 year-old Newcastle man who made this win which was a whopping $7,898,799.30 at the Northumberland Hotel in Lambton.

The Keno Mega Millions jackpot win on 10th August 2018 was the third 10-number jackpot,  the top Keno prize to be won in Australia, and the biggest cash prize ever to be won in the country since Keno started. The $7.9 million anonymous winner celebrated with family but was clearly surprised at his huge win, saying “It still hasn’t sunk in yet.”

The elated winner is now contemplating retiring. According to him he has worked since he left school and he is no happy to be finishing up. Despite becoming a multi-millionaire, he plans to keep life simple.

Mega Millions is a premium version of the existing Keno Classic game and gives players the chance to win $5 million or more every three minutes for $2. Mega Millions was launched in New South Wales in November 2016, and has paid out $64 million in prize money and sold six million tickets. 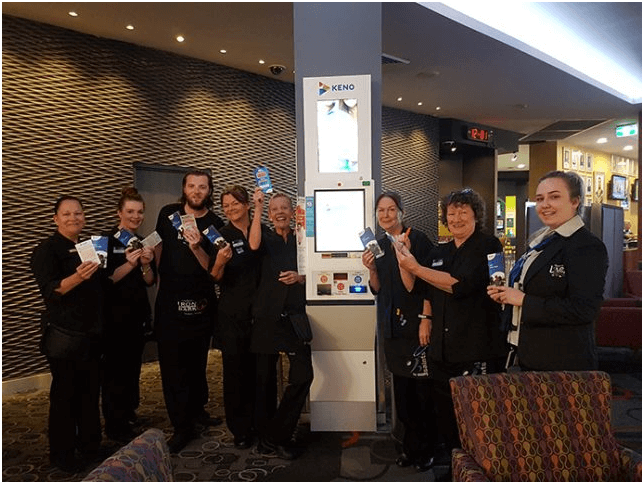 This 68-year-old grandmother from Berkshire Park had won a $2.7 million Keno jackpot at St Marys Leagues Club. The calm winner, who wishes to keep her identity private, is taking her new millionaire status in her stride, saying it will give her “freedom from stress”.

The winner said she knew she had won the $2,735,523 cash prize but waited until all her games finished before presenting her tickets to the cashier at her local club on Saturday afternoon.

The winner,celebrated by sharing cash with other club patrons and said she had a strong feeling she was going to win a lot of money in 2018. The winner said she had been playing the winning numbers – 1, 9, 10, 13, 22, 33, 43, 73, 77, and 80 – for many years, with the exception of 13, which she swapped out 12 to include on “a feeling” She added that when you play Keno, you always hope to win but she enjoys it because as she is a number person and enjoys numerology.”

The winner said she has no plans to spend her prize yet, saying “everything I’ve got is all I need but money allows you to choose for what you choose for when the time is right”.

“Keno loves making millionaires and we love it even more when someone who enjoys playing Keno as much as our latest winner takes home a big jackpot,” Mr Dicker said.

In 2012 after scooping a $3.365 million Keno jackpot, another Keno winner Mr Williamson said the money means nothing to him – all he wants is good health, happiness and romance. “Everyone is always looking for a special someone,” he said. By hitting the jackpot at Eastern Creek Tavern, where he went to play his regular game of poker, the 46-year-old has become one of Sydney’s most eligible bachelors.

After turning twelve new South Wales Keno players into millionaires in 2017, 2018 as well as 2019 also made many instant millionaires in Keno history. There are various other winner stories as well  which surely will motivate you to become an instant keno millionaire too.