Millions of people love sports, and a few punters have amassed fortunes betting on these highly anticipated events. This isn’t surprising, since sports betting is a major faucet of international gambling. Every year Aussies punt around $26 billion on race and sports betting. This staggering investment includes wagers on 90,000 races, NRL, AFL, soccer, basketball & MMA. On average Australians bet $1,200 a head on sports, which makes it one of the most lucrative parts of the gambling industry. While some lose consistently, highly skilled punters are making a killing off this controversial pastime.

Even though Australia’s infatuation with sports betting is unmatched, this passion is shared by punters in America. Between 12 and 15 million Americans illegally wager over $3 billion every year. Now that the U.S. Supreme Court repealed The Professional and Amateur Sports Protection Act, sports betting has been legalized. This new market is set to fuel over $7 billion just in ad spend, which will become 4% of Google’s revenue. As the doors continue to open up, more focus is being put by casinos on sports betting.

Despite being largely regarded as a game of luck, making a profit off sports betting requires a lot of skill. Most of the successful punters in this field have robust teams that analyze every detail of the teams they back. This intricate and often costly attention to detail pays off, since it allows them to consistently win larger than life prizes. To showcase how lucrative this industry can be, we compiled a list of the top sports betting wins of all time. These epic victories highlight the allure of this booming industry, so prepare to be impressed by their feats! 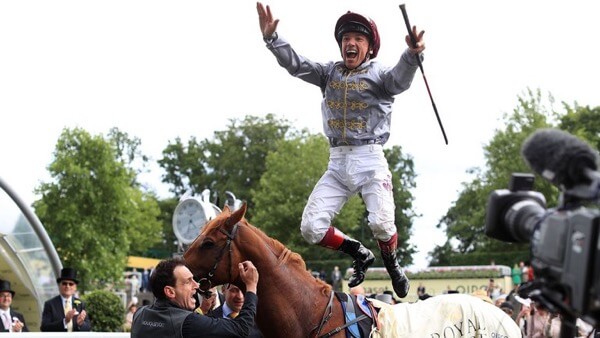 This jockey surprised everyone with an unbelievable winning streak.

Bet #3: Magnificent Seven – On September 28th, 1996, history was made at the Ascot racecourse in England. Despite believing that he would only win two races that day, Franki Dettori blew punters away when he won all seven. This unprecedented string of victories was unprecedented, even though this jockey was a favorite amongst punters.

No one was more delighted by this unexpected winning streak than Darren Yates. This small business owner had put down £67.58 on Dettori, but a last minute decision made this a life changing event. Without thinking twice, he combined all seven of his races on a single bet. This won him £550,823, which made him the biggest winner at the track. The odds against this win were overwhelming, but this financial windfall seemed to have been destined to happen.

Against all odds, Gibbs predicted these victories.

Bet #2: Predicting 15 Football Victories – Even though Mick Gibbs is a roofer by profession, he has become infamous amongst betting circles in England. This is due to his knack for defying the odds while successfully predicting football games. In 1999, Gibbs turned a £2.50 bet into £157,000 when he correctly predicted the outcomes of nine football games. While this feat was impressive, it pales in comparison to what he accomplished next.

In 2001, Gibbs placed a 30 pence bet that predicted the winners of 15 football games throughout Europe. The odds of this coming true were one in 1,666,666, but it didn’t stop it from becoming a reality. To everyone’s surprise, the games went exactly as Gibbs had foretold. When the dust settled from the penalties in the last game, Gibbs won £500,000. This bet was unbelievably unlikely, and it cemented Gibbs legacy in the industry.

Bet #1: Super Bowl Upset – When examining sports betting in America, it’s impossible to miss Billy Walters’ name. This former professional poker player switched his focus to sports betting and has been an industry heavyweight ever since. During the last four decades, he accumulated hundreds of millions of dollars betting on sports. Despite winning countless unlikely bets in his illustrious career, one wager manages to stand out.

During the 2010 Super Bowl, the New Orleans Saints were the underdogs. Everyone thought that the Indianapolis Colts would win the game, except one man. After analyzing all of the factors, Walters was shocked to discover that the Saints were the most likely winners. He felt so convicted about this that he bet $3.5 million on the Saints. To everyone’s surprise, the Saints won the game 31 to 17. While the exact amount Walters won remains secret, it easily runs into the millions. This unshakeable faith in his system and willingness to bet big is what makes Walters a legend.