Out of all the features a bar can have, the views vary the most. While many bars are set on first floors, others try their best to reach the stars. Instead of settling for normal breathtaking views, some bars have tried to take things to the next level. From being perched on top of infamously tall buildings to sporting panoramic windows, not all bar views are created equal. Some venues have enough revenue to splurge, and this is especially evident on their setups.

While height routinely gets overlooked, it’s the selling point for the tallest bars in the world. These venues routinely take patrons to staggering heights with their larger than life setups. On top of featuring robust drink menus, they have managed to create new standards for bars. Each one stands over a hundred stories tall, which dwarfs what’s found in most countries. This elite level of altitude puts these bars in a class of their own.

To get an idea of what’s architecturally possible, we compiled a list of the highest bars in the world. Each one has transformed into an iconic location for tourism with its stunning height. Their locations are just as breathtaking, so don’t miss out on this epic list of late night venues!

3 Highest Bars in the World 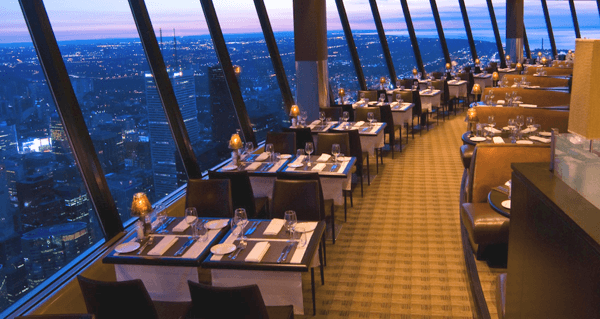 Enjoy views of Toronto from every angle!

Bar #3: 360 Restaurant, Toronto – While this may not be the tallest bar in the world, it still maintains an elusive title. Perched at 351 meters (1,151 ft.), their “cellar in the sky” is the highest wine cellar in the world. To commemorate this feat, they offer a staggering selection of 550+ wines. These hail from around the world, and include releases from up and coming Canadian vineyards.

Their wine is complimented by a robust menu that’s packed to the brim with cocktails. Even though their cuisine has won multiple awards, the aesthetics steal the show. This is one of the only bars in the world with 360 degree views of such a vibrant city. It’s a feat in itself, so come discover the hidden treats of Toronto! 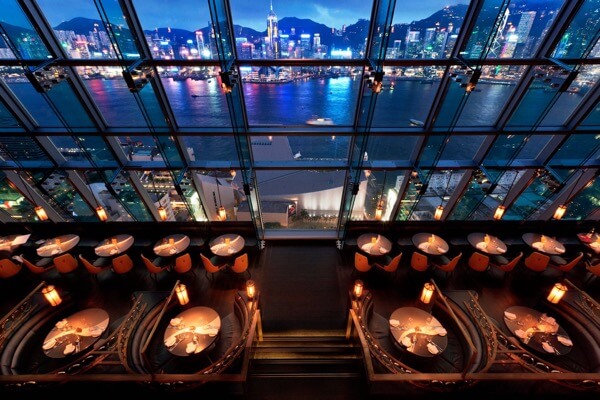 Get an intimate look at Hong Kong!

Bar #2: Ozone Bar, Hong Kong – Perched at a terrifying 118 floors above ground, this bar provides pristine views of Hong Kong. The best part about this bar is that its offerings are just as diverse as its patrons. Guests can choose between elegant dinners and wild dance parties with this larger than life bar.

After a certain hour, they stop serving fine cuisine and pack the top floor with party goers. These events are fueled by major name DJ’s, so this bar can’t be missed while in Hong Kong. They also have an outdoor terrace that allows visitors to confront this staggering height. It’s too impressive to miss, so take a different look at Hong Kong’s stunning skyline! 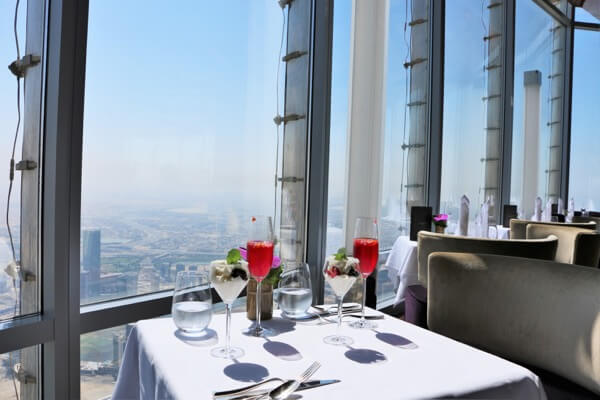 Enjoy a drink in the tallest building in the world!

Bar #1: At.mosphere, Dubai – This city’s forte is outdoing everyone else, so it’s no surprise that its home to the world’s highest bar. Nestled on top of the 122nd floor of the highest building in the world, At.mosphere routinely blows patrons away. Even though its nearly touching the stars, space isn’t limited.

This sprawling venue takes up 1,000 square feet, which allows them to host both business gatherings and private parties. It’s not often that patrons to indulge in fine cuisine while setting 442 meters above the ground02. This bar is in a class of its own, so don’t hesitate to visit it!