While some meals steal the show with their mouthwatering tastes, others have become infamous exclusively because of their price tag. Instead of trying to be economically appealing to patrons, some dishes have been made to be as extravagant as possible. By adding outrageously exotic ingredients and precious stones, these meals have transformed into delicacies. Their prices have been exaggerated so wildly that they are something that only the extremely wealthy can indulge in.

While there are noticeably cheaper options to treat your taste buds, these expensive meals continue to sell. As affluent patrons continue to search for new delicacies, the allure of these expensive dishes continues to grow. They are something most people would never dare try, which has shrouded them in mystery. Their infamy has become so resounding that they have made the restaurants that sell them well-known tourist attractions.

These dishes bring a level of notoriety that no amount of marketing can achieve by itself. For this reason, fancy restaurants continue to try to outdo each other while creating the world’s most expensive meal. While most lavish dishes come and go, some have become calling cards for top-tier restaurants. They are an interesting phenomenon that gets more peculiar the more people buy into it. For this reason, we compiled a list of the most expensive dishes in the world. It’s unlikely that any of us will try them, so get an intimate glimpse at them with this article!

Most Expensive Dishes in the World 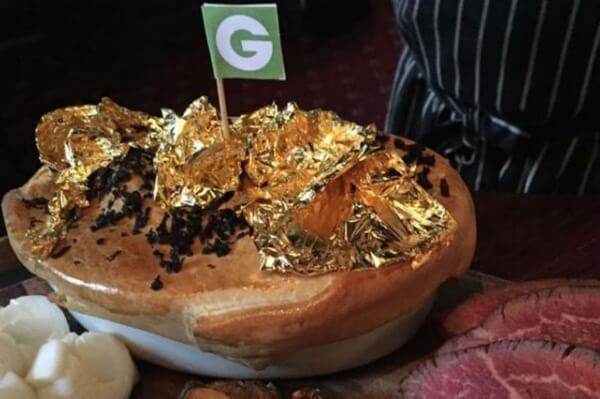 Meat pies have never been this classy.

Expensive Dish #3: Posh Pie ($12,000) – While the Lord Dudley Hotel provides gorgeous views of Sydney, it also offers the most expensive meat pie ever created. Their lead chef Paul Medcalf went the extra mile with this outrageously priced addition to their menu. Instead of sticking to traditional meat pie recipes, this delicacy breaks all the rules. Every ingredient is unapologetically expensive, and it even incorporates seafood. 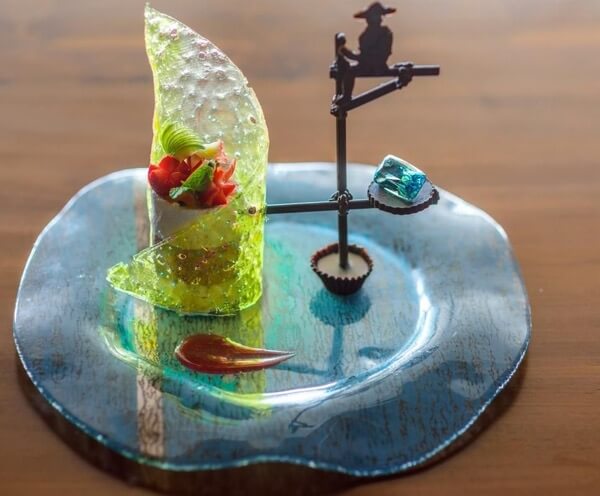 Try the most expensive dessert in the world!

Expensive Dish #2: The Fortress Stilt Fisherman Indulgence ($14,500) – Those who find the Fortress Resort and Spa in Galle, Sri Lanka to be pricey might want to skip dessert. This is due to the fact that their restaurant sells the most expensive cure for a sweet tooth in the world. From the preparation to its presentation, everything about their most infamous dish is extravagant.

The Fortress Stilt Fisherman Indulgence is prepared in ways that are even more complex than its name. First their kitchen team flavors a gold leaf Italian cassata with Irish cream that’s infused with tender fruit. From there mango and pomegranate compote is added with a bubbly-based Dom Perignon champagne sabayon.

This combination is garnished with a handmade chocolate carving that’s shaped like a local stilt fisherman clinging to his stilts. To top it off, the chocolate carving holds an 80-carat Aquamarine stone that sports the diameter of a soup spoon. This precious gem is a nice touch, but it fails to entice normal people to try this dessert. 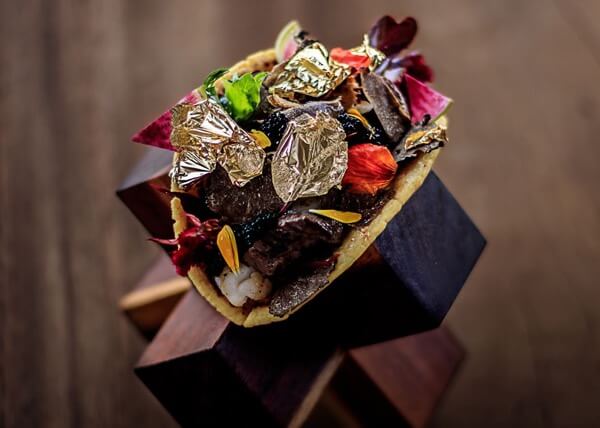 This taco is in a league of its own.

Expensive Dish #1: Top Dollar Taco ($25,000) – While most tacos are cheap treats, this dish breaks the stereotype. The Grand Velas Los Cabos resort in Mexico has given their most beloved national food an outrageously expensive makeover. Instead of containing chicken, this single taco is packed with rare ingredients. It contains Kobe beef, black truffle brie cheese, lobster and Almas Beluga caviar.

The taco is garnished with lashings of gold leaf and complimented by a salsa infused with tequila and civet coffee. This extravagant creation was masterminded by Mexican chef Juan Licerio Alcala. It’s undeniably extravagant, and caters to those who have money to burn. While some millionaires might try it, the rest of us will have to stick to traditional Mexican cuisine.