Even though California’s Indian tribes have endured horrific hardships, they still dominate the state’s casino industry. Instead of settling for simple venues, they went as big as they can get. All of the biggest casinos in the area are operated by ambitious Indian tribes. The success of these casinos is largely due to their locations and lack of local competition. Whatever the case, these larger-than-life casinos attract thousands of visitors each day.

This staggering amount of clients make these Indian tribes extremely powerful. The revenue generated by these casinos is staggering, and it’s reflected by the sheer size of the casinos. When business is booming, corporations have more money to invest in expansions. These casinos are no exception, since they continue to grow with their revenue. To get an idea of how big California’s casino industry is, we compiled a list of the most powerful Indian tribes. They all own massive casinos, which makes them some of the most powerful organizations in the state!

Most Powerful Indian Tribes in California

This sprawling casino arose out of over a century of oppression.

Indian Tribe #3: Yocha Dehe Wintun Nation – When the missionaries and European explorers came to California, the future of the Wintun tribes changed dramatically. Widespread abuse and disease decimated the population. The Wintun people that survived were enslaved and forced to work in missions.

This damage was amplified during the Gold Rush, and the remaining Wintun people were relocated to Rumsey, California. Unfortunately, this land was completely inhospitable to farm. For this reason, the tribe fought relentlessly until they gained relocation to the Capay Valley. From there, more land was awarded to the tribe. This became the base of the Cache Creek Casino Resort in 2004. Today this casino has a sprawling 74,720 square feet game floor with 2,400 pokies machines and 122 table games. They have come a long way, and their progress inspired many Indian tribes to keep fighting for better land.

Try your luck at this vibrant casino.

Indian Tribe #2: The San Manuel Band of Mission Indians – This federally recognized American Indian tribe is located near Highland, California. It’s one of several clans of Serrano Indians that once dominated the San Bernardino highlands. Even though the clans share the same language and culture, one casino sets the San Manuel Band apart.

In 1891 the San Manuel reservation was recognized as a sovereign nation by the US government. One perk of being able to govern themselves was legalizing gambling. The tribal members have been through plenty of hardship, so building a casino became their salvation. Today they manage the San Manuel Casino in Highlands, California.

This massive casino sports a 120,00 square feet game floor with 4,700 pokies machines, 130 table games & 200 video poker machines. Patrons also get access to 9 dining venues and a 65,000 seat amphitheater. Despite already having plenty of amenities, this casino continues to expand. They completed a $50 million renovation in 2016 & they are starting a new expansion faze this year. 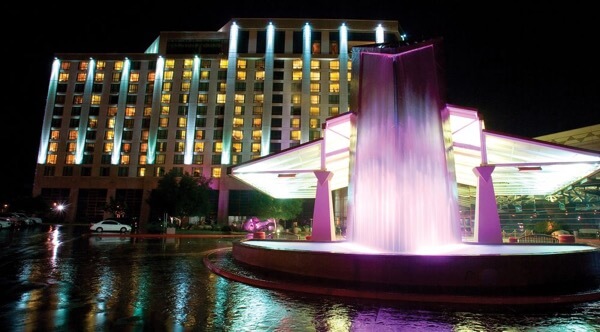 This is easily California’s biggest casino!

Indian Tribe #1: Pechanga Band of Luiseno Indians – Just like the rest of the tribes, the Luiseno tribe was devastated by the new settlers. After somehow surviving the gold rush and being evicted from their land, the Temecula Indians caught a stroke of luck. They opened the Pechanga Casino in 1995 and transferred it to a new building in 2002.

Over the years this casino evolved into the biggest gambling establishment in California. In total their 188,00 square feet gaming floor has 3,800 pokies machines, 154 table games & 54 poker tables. Today they are in the middle of a $300 million expansion project. As business continues to flourish, the sky is the limit for this once downtrodden tribe!