Even though the Venetian steals the show, there are plenty of hidden attractions that are worth visiting in Vegas. These gems are routinely missed by the millions of tourists that flock to Sin City every year. From Chinese to American tourists, most visitors get funneled into mainstream businesses. These venues have been promoted heavily on TV sets around the world, unintentionally becoming the essence of Las Vegas. They are breathtaking venues to visit, but they lack the depth of some hidden local spots.

Every visitor should visit the casinos, but there are many ways to see the real side of Las Vegas. The strip can’t be missed, but there are a surprising number of interesting niches popping up. They aren’t as glamorous as the casinos, but they have a certain charm that can’t be found in mainstream venues. Every year they give tourists a much needed break from over promoted tourist traps.

It’s great to occasionally take a break from the madness, which is why these spots are indispensable. For this reason, we have compiled a list of the best hidden spots in Las Vegas. They range from bizarre to wildly entertaining, so get ready to explore Sin City! 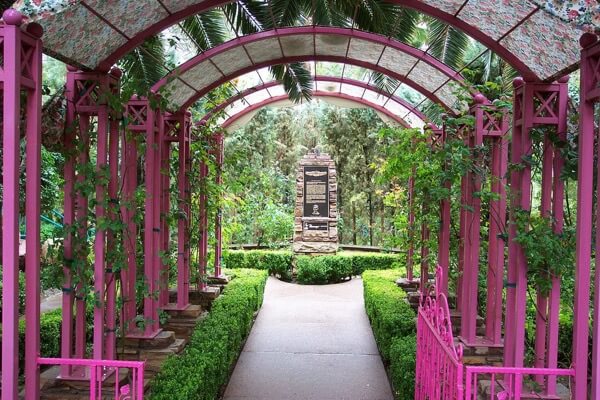 Pay tribute to one of the founders of this wild city.

Hidden Spot #3: Bugsy Tribute – This notorious mobster may be dead, but his legacy lives on with the Flamingo Hotel. He was one of the first people to pioneer businesses in Las Vegas, & he helped make the city what it is today. He didn’t do it alone, but between the rest of the mafia & the Mormon bankers Las Vegas evolved into a gambling oasis. He paved the way for the city’s epic transformation, which is why he can’t be forgotten.

For those who love exploring Vegas’ dark side, paying tribute to this slain mob boss is mandatory. In honor of their fallen founder, the Flamingo hotel made a shrine to Benjamin Bugsy Siegel. Their wedding chapel has a large bronze plaque that’s tucked by the back surrounded by plants. This eloquent display details the mob bosses’ contributions to the founding of Las Vegas. It’s an easy place to visit, so pay your respects to a real risk taker! 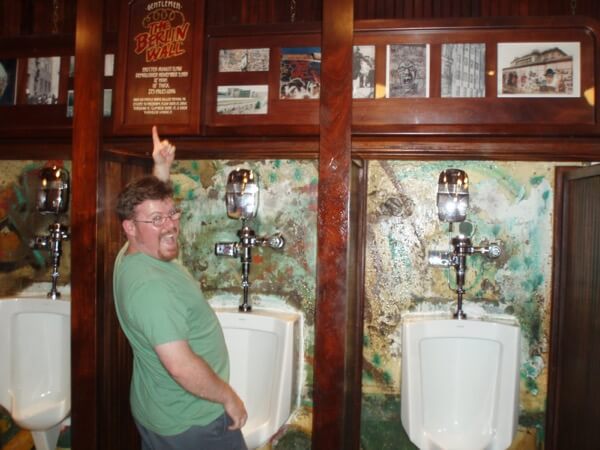 Urinate on oppression with this unique opportunity!

Hidden Spot #2: Piece of the Berlin Wall – Germany used to be divided by a 28 mile wall that separated East & West Berlin. It became an international symbol of oppression, so people rejoiced when it was finally knocked down in 1989. By the time the wall fell, it was covered in graffiti. The owners of the Main Street Station Casino managed to get their hands on a piece of the fallen wall.

After shipping it to America, they mounted it behind the urinals in their venue’s mens restroom. Now visitors can protest against oppression by urinating on top of a piece of the Berlin wall. It’s covered in glass, so you aren’t defacing history. Even though your mark isn’t permanent, the memory of interacting with such a key piece of history will be. 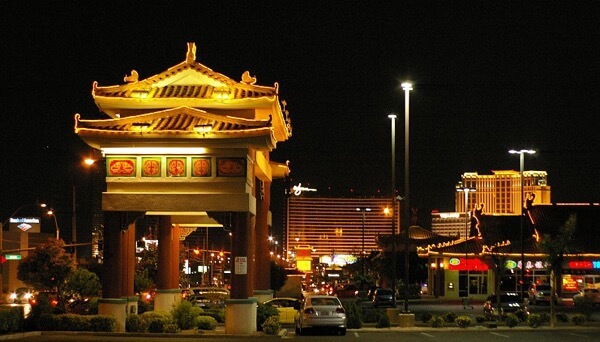 You can’t go wrong in Chinatown!

Hidden Spot #1: Chinatown – Everyone knows about Vegas’ casinos, but no one knows that they have a Chinatown. It was only founded 20 years ago, but it offers some of the best Asian food in Nevada. It isn’t as impressive as what you can find in Los Angeles or New York, but it’s still worth visiting. There are over a dozen restaurants in a large plaza that offer everything from Dim Sum to stir fries. Treat your taste-buds with this hidden piece of Las Vegas culture.