Casino scammers take games to the next level, so it’s no surprise that some end up working for the casinos. Keeping security up to date is a never ending task. This is compounded by the growing amount of technology available to scammers. No matter how hard casinos try, there’s always one person that manages to stay one step ahead of them.

One devious player exploiting a simple loophole can lose a casino millions of dollars. For this reason, they improve their security from every angle. On top of investing millions of dollars in research, casinos often turn to notorious scammers for advice. Even though it may be shocking, it’s not uncommon for nefarious players to become casino employees. In this series we will examine world renown casino scammers that ended up pioneering casino security. This list will blow any law abiding citizen away!

Players Who Scammed & Got a Casino Job

This man made fakes that couldn’t be beaten!

Player #1: Louis “The Coin” Colavecchio – It’s extremely rare that a counterfeiter makes a copy so accurate that the owner can’t tell the difference. The level of sophistication needed to make quality slot tokens is staggering. The precious metals such as zinc, copper & nickel are hard enough to come by. But the laser cutting tools, & 150 ton press from Italy set Louis Colavechhio apart.

He made slot tokens that weren’t just counterfeits, they were flawless duplicates. After traveling across the country, surpluses of coins showed up in multiple casinos’ inventory. The only way authorities caught on was the fact that all the extra coins ended up pointing to one part of the country. Once the heat was on, Colavecchio was discovered cashing in large sums of coins.

When the police raided his house, they couldn’t believe what they found. The amount of equipment & coins were enough to fill a warehouse. They had to rent two storage facilities just to store all the equipment in Louis’s home. Determining how much he scammed was difficult, since casino owners couldn’t tell the difference between their coins & the counterfeits. After a lengthy trial, Colavecchio avoided jail time by showing law enforcement how he ran his operation. This valuable info was used to help thwart future casino heists. 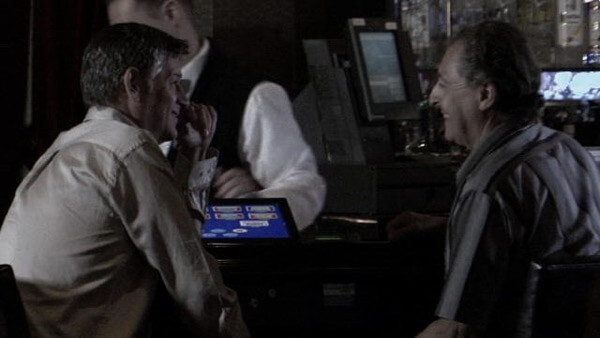 No-one has manhandled more slot machines than this scammer.

Player #2: Tommy Glenn Carmichael – This man was the arch enemy of slot machine manufacturers. If there was a new slot machine, Tommy was hell bent on cracking it. Ever since the 80’s he has created a slew of gadgets to achieve forced payouts at slot machines. As the machines got more complex, so did his gadgets. The Slider, Monkey Paw & Light Wand are all ingenious inventions that netted him a small fortune. On top of using his gadgets, he also sold them to other eager cheaters.

This lead to him being discovered, but only after a lengthy investigation. In 1996, he was arrested for using the light wand. This discreet tool shone a light that blinded the slots’ sensor. Once the sensor was deactivated, a payout of coins was triggered.

The charges were later dropped, but this didn’t stop him from getting arrested two more times. After his third arrest, the FBI got in the mix. He got time served & probation, but he also ended up getting an unexpected job. Tommy now has plenty of work consulting the casinos he once scammed. He also produces anti-cheating devices, so thanks to his nefarious activity slot machines are stronger than ever.