There are plenty of ways to bring in the New Year, & they vary wildly across the globe. As Australians, most of us stick to pyrotechnics & drinking with friends & family. While fireworks are pretty much a given wherever you go, there are a lot of exotic ways to enter 2017. These beliefs are usually fueled by local traditions that are steeped in superstition.

Each country has distinct ways of getting a fresh start. From smashing plates to wearing colorful underwear, the sheer amount of options is mind boggling. Comparing these unique ways of celebrating isn’t just entertaining, it reveals that we are all crazy in our own way. For this reason, we compiled a list of the world’s most interesting New Year’s traditions. Get ready to explore the madness that unites humanity with this jaw dropping article! 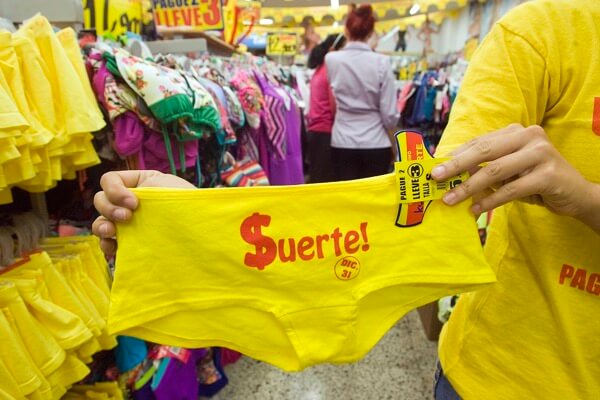 Improve your luck with yellow underwear!

New Year’s Traditions #1: Peru – This South American country is hell bent on having the most outlandish year end. The amount of superstitious beliefs that this country holds is staggering, & New Year is no exception. One of the most widely practiced New Year’s traditions is wearing yellow underwear. Right now the streets are packed with vendors who are selling every type of undies that you can imagine. From thongs to boxers, they are all bright yellow to bring a prosperous year to the wearer.

If that wasn’t enough, they also celebrate with effigies. Dolls of former presidents & other political figures are flying off the shelves. The people express their discontent for the country’s rampant corruption by lighting the dolls on fire at midnight. Their current president is under criminal investigation, so the doll burning hasn’t rid the country of corruption yet. 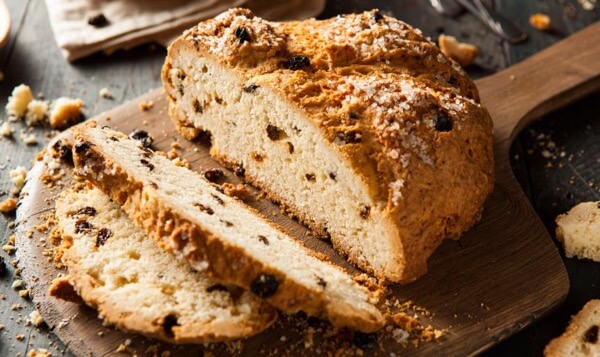 Nothing is more terrifying to spirits than bread.

New Year’s Traditions #2: Ireland – Starting off the New Year means getting rid of evil spirits. Apparently, holy water is out of the question. In Ireland the only thing that will get the job done is a loaf of bread. The Irish ring in the New Year by bashing the walls of their homes with a loaf of bread. This gets rid off the malevolent spirits & lets them celebrate in peace. Who would have known that demons are gluten-free!

The fun doesn’t stop there. On top of heavy drinking, there’s also a unique tradition for singles. On New Year’s Eve everyone puts a nip of mistletoe under their pillow. This will help bring them the woman or man of their dreams. 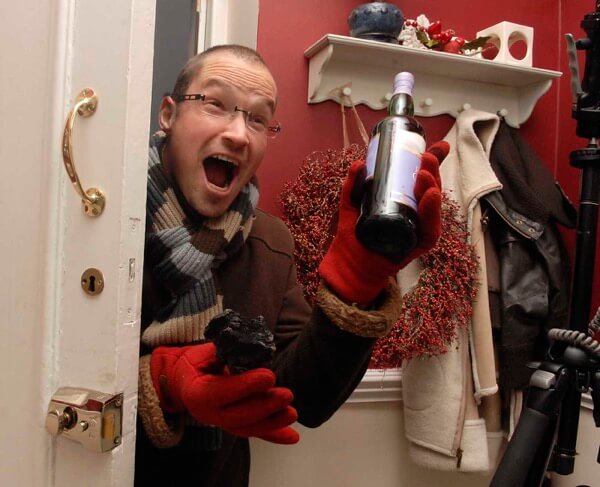 Bring gifts to have a great year!

New Year’s Traditions #3: Scotland – The Scots have completely reinvented New Years. They celebrate Hogmanay, which has a slew of delightfully bizarre rules. The most revered is the “first-footing” tradition. As the clock strikes midnight, the first person to enter the home sets the tone for the upcoming year. According to tradition the most appealing person to enter is a dark haired man carrying coal or food. The worst person to enter first is a fair haired female, which allegedly brings bad luck to the entire household.

Another essential Scottish tradition is starting off the New Year with a clean house. It’s considered bad luck not to sweep the floors & dust the window sills before New Year. While this may seem superstitious, it’s a great excuse to get your last-minute cleaning done!