Many people gamble at casinos, but only a few of them make history. In a modern casino, the odds are always against you. To make things worse, many players blindly play games without doing their homework. If you step up to a game without a plan, the house edge almost guarantees that you will lose. This creates an atmosphere where people accept losses regularly, instead of fighting to break the cycle.

Amongst such a dismal percentage of winners, beating the casino is extremely rare. This makes the feats of these players that much more impressive, since they beat the odds. Their incredible victories prove that there is hope for bright eyed players.

To hit it big, you just have to be at the right place at the right time. Having a strategy increases your odds, but some people were born lucky. Despite facing almost impossible odds, these players achieved the impossible. Their stories need to be highlighted, because they prove that life is full of surprises. You should never accept mediocracy, there’s always the potential to overcome the odds. For this reason, we have compiled a list of the luckiest gamblers in the world. Prepare to be blown away by their unlikely feats! 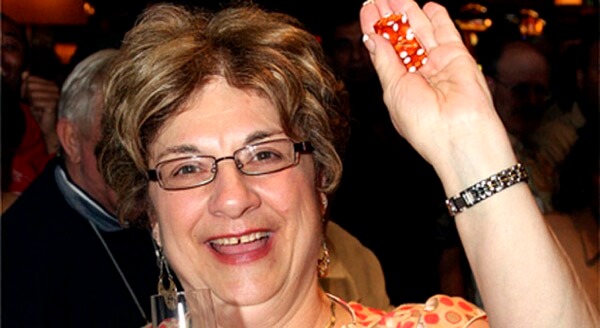 The odds of doing this is simply staggering.

Player #3: Patricia Demauro – This grandma from New Jersey proved that rolling the dice can be extremely profitable. After sitting down at a craps table in Atlantic City, Patricia made history. She rolled a pair of dice 154 times in a row without hitting a seven. This was an incredible feat, since the odds of doing so are 1 in 1.56 trillion! Her lucky roll streak lasted four hours & 18 minutes. This shattered the world’s record for the longest craps roll, cementing her legacy as a new world record.

On top of being unfathomable, it was also a very profitable night for Patricia. She declined to say how much she won, but experts have made impressive predictions. If she made decent bets, she easily won hundreds of thousands of dollars. Once better bets are factored in, the probability of winning millions was easily within reach. Either way, Patricia did something that was long considered impossible. It’s a tough act to follow, so we will have to wait a long time for someone to beat this record! 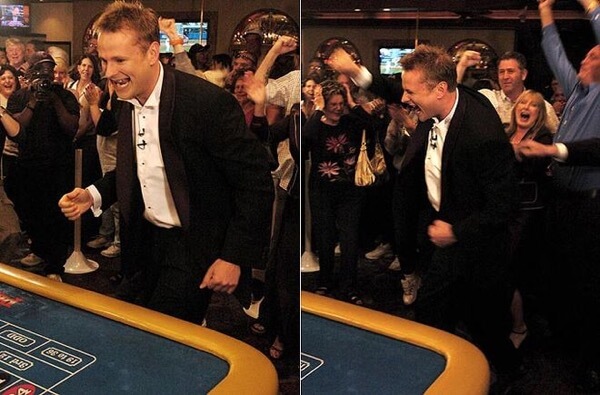 He put everything on the line, & won!

Player #2: Ashley Revell – It’s not often that one bet inspires a TV show, but this one did. In 2004, Ashley Revell sold everything he owned, even his clothes. He wasn’t going to commit suicide, it was to raise money to join reality TV show “Double or Nothing. In a terrifying move, Revell bet all his $135,300 on a single spin of a roulette wheel. Every penny he had was invested in this, so if he lost he would be homeless.

Against all odds, it was his lucky day. He won the spin & doubled his money to $270,600. After tipping the dealer $600, Revell left the casino & opened his own online poker company. What a daring way to start your own business! This breathtaking feat inspired a new TV show by Simon Cowell, called “Red or Black?”. 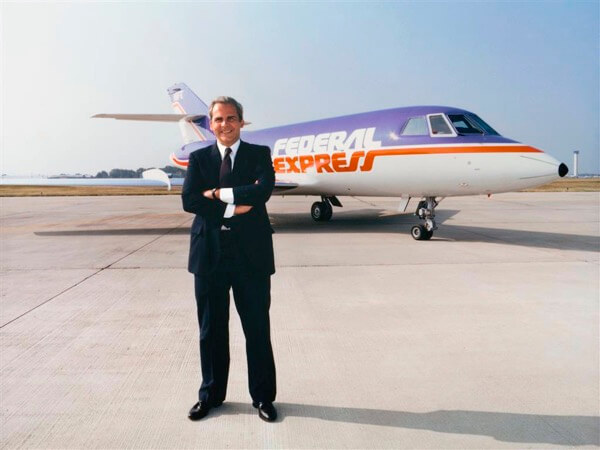 Player #1: Frederick W. Smith – You may not know his name, but everyone knows his company. This daring CEO of FedEx managed to save the company with a trip to Vegas. In 1974, FedEx was in dire straights. The rising costs of fuel was causing the company to lose $1 million a month. After a devastating series of losses, the company only had $5,000 to its name.

They still had the planes, but there wasn’t enough money to fuel them the following Monday. This left them dead in the water, but Smith wasn’t about to give up. He took the company’s $5,000 & went to Vegas. After spending a weekend playing blackjack, he had won $32,000.

This was enough to fuel the planes, so FedEx was back in business for another week. That turned out to be all they needed, since investors jumped back on board. By 1976, FedEx started making a profit. Now the company is worth $25-$35 billion, & Smith is a certified billionaire. It’s hard to imagine that one of the biggest companies in the world was saved by a weekend in Vegas!