Ireland put pubs on the map, so it’s no surprise that its capital is full of them. Between their delightful dishes and robust drink menus, these cozy venues have stolen the show. While it’s always refreshing to enjoy a pint, doing so in an authentic Irish pub takes this simple pleasure to the next level. This sentiment isn’t lost on the Irish, since the entire country is packed to the brim with pubs. Currently 7,193 pubs are scattered throughout Ireland, and a majority are operating in Dublin. Boasting 751 pubs, Dublin’s nightlife is second to none.

On top of adding a dash of fun to every night out, this massive amount of pubs translates to big business. Despite boasting some of the highest alcohol taxes in Europe, business is booming. Every year millions of people pour into pubs across the nation, and this has a major impact on the local economy. Ireland’s drinks and hospitality sector pays 2.9 billion euros in wages and generates 6.4 billion euros in tourism every year. In Dublin West alone, the industry employs 6,290 people and pays out 140.8 million euros in wages.

Even though such a vibrant industry is impressive, it puts first time visitors in an interesting predicament. Thanks to the staggering amount of venues, picking the best pubs in Dublin is a daunting task. There are dozens of spectacular contenders, which is more than anyone can visit during one trip. Fortunately, a few pubs manage to stand out from their peers. Through decades of epic offerings and quality service, these venues have become staples of the community. To highlight these businesses, we compiled a list of the best pubs in Dublin. Prepare to get an intimate glimpse at the most treasured venues in the city!

Top Pubs to Visit in Dublin 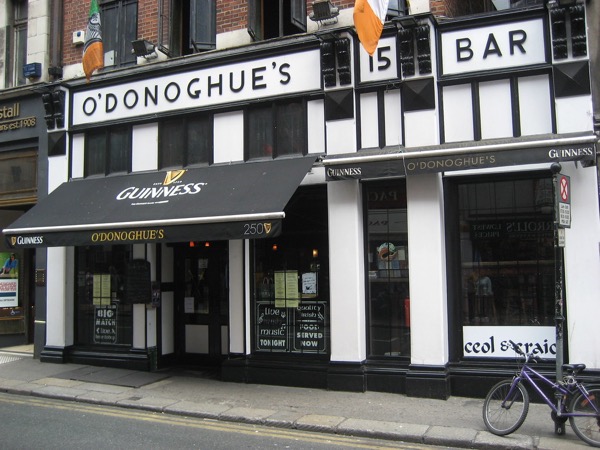 This pub incorporates traditional music into their nightly menu.

Pub #3: O’Donoghue’s – For those who want a dose of Irish culture, this lively pub can’t be missed. It’s located just off St. Stephen’s Green, and this prime position has made it an underground music hub. Every night, an elite group of musicians gather at this pub and put on the show of a lifetime. Each song features fiddles, tin whistles, uilleann pipes and bodhrans, which gives it an undeniably Irish flavor. These traditional music sessions are accompanied by enough food and drinks to make anyone want to become Irish for a night. This venue is bursting at the seams with culture, so come experience a different world! 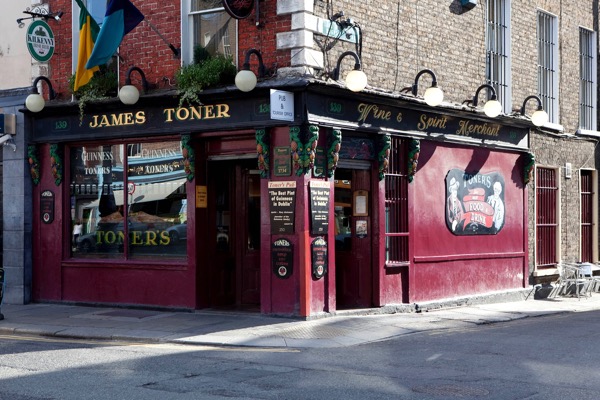 Indulge in a timeless classic.

Pub #2: Toner’s – Ever since it was founded in 1818, Toner’s has blessed patrons with a welcome escape from their daily grind. Between their pints and dishes, this charming watering hole is cozy enough to seduce the most jaded tourist. It’s packed with memorabilia that showcase this pub’s transition from a humble grocery store into a neighborhood staple. It’s even rumored that the infamous poet WB Yeats was a regular. Even though it’s past is filled with mysteries, there’s no ignoring its bright future. In a world filled with corporate chains, this venue is a burst of fresh air. Take a waltz down memory lane in one of the most influential cities on the planet! 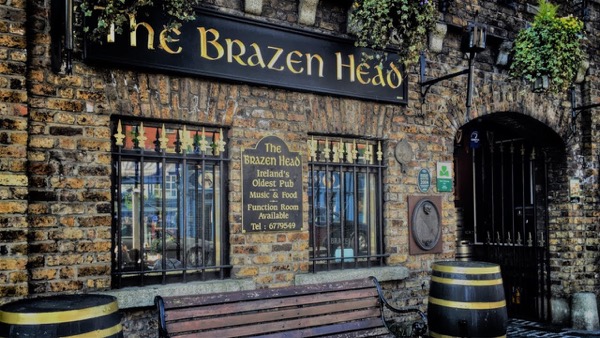 Pub #1: The Brazen Head – This venue was founded in 1198, which makes it the oldest pub in Ireland. Despite being a relic of the past, this is still one of the liveliest places in Dublin. Tuck into beef is backed by multiple local classics and countless rounds of beer. All this is complimented by dozens of pictures that depict different landmarks in this bar’s illustrious history. Plenty of iconic figures have stopped by to pay homage, so don’t miss the pioneer of Ireland’s pub industry!