Out of all the sports we indulge in, none provide a more spectacular amount of injuries than rugby. On average each player makes 20 to 40 tackles a match, which sets the stage for multiple injuries. While hookers and flankers sustain the most injuries, everyone on the field is prone to experience some sort of incident. Studies show that as many as one in four rugby players will endure some sort of injury during the season. Injury rates in rugby are three times higher than soccer, which makes it one of the riskiest sports to play.

Even though most injuries are sustained by teenagers, professional rugby players are no strangers to trauma. Over the years they have showcased a staggering amount of variations of what can go wrong on the field. While these injuries range from brutal to ironic, there’s no denying their novelty. Over 57% of rugby injuries occur during matches, which provides some classic footage of the sport’s most notorious injuries.

Despite being some of the toughest people on the planet, not all rugby injuries stem from traditional causes. From accidents to horrific injuries, plenty of unexpected incidents have taken top rugby players out of the game. This part of the sport is too entertaining to ignore, which is why we created this list. Discover why rugby should be played with caution by exploring the most outrageous injuries in rugby history. These injuries are just as brutal as they are preposterous, so prepare to chuckle and cringe while browsing this list! 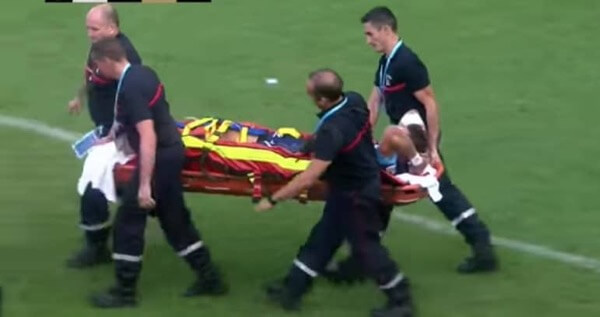 Injury #3: Johan Goosen – Out of all the players hailing from South Africa, none have had a more upsetting career than Johan Goosen. The former Springbok utility back sparked an outcry when he suddenly retired while playing Racing 92 in 2016. After settling his contract dispute and losing hundreds of thousands of euros, he made his controversial return to the sport.

This return didn’t go well, since he suffered a horrific injury just six minutes into a match between Montpellier and Toulon. When Goosen got tackled by winger Daniel Ikpefan, his ankle was dramatically fractured. This put a quick end to his comeback, but it’s far from his most notorious injury. Back when he was arriving for a match at Toulouse, Goosen somehow managed to injury his knee while getting off the bus. This injury will live in infamy, since it proves that some people just weren’t meant to play. 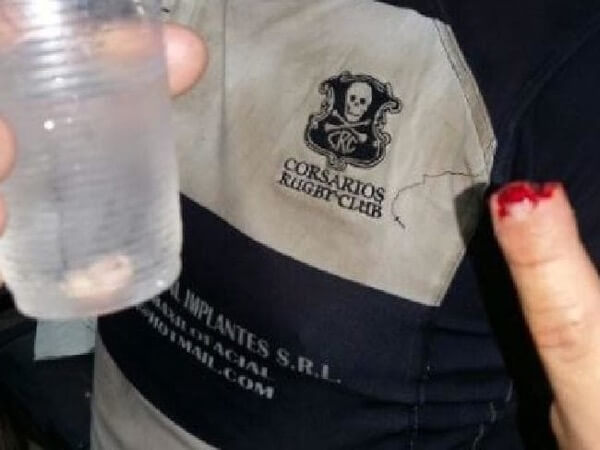 Contreras holding his severed finger tip in a glass of water.

Injury #2: Daniel Contreras – While most rugby injuries revolve around sprains and concussions, this incident steals the show. While playing for the Corsarios Rugby Club in Argentina, Daniel Contreras had the tip of his finger completely bitten off. This bizarre occurrence of “rugby cannibalism” happened when Contreras competed for the ball at the breakdown. Allegedly an opposition player grabbed his hand and bit the tip off his finger. Unfortunately, doctors were unable to reattach the digit since it was covered in soil and likely to get infected.

On top of causing Contreras to miss three months of matches, this incident sparked outrage and an internal investigation. While the Tucuman Rugby Union punished the other player, it did little to console Contreras. This is undoubtedly one of the most dramatic injuries in the sport’s history, and is only outdone by the following entry. 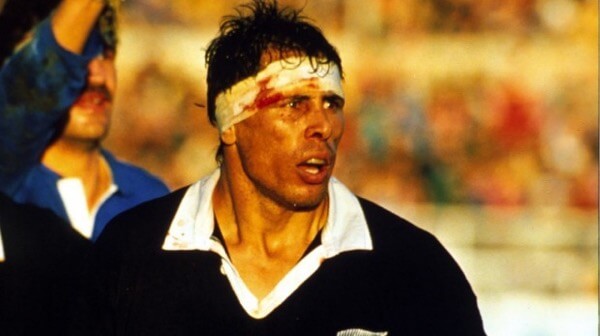 The Battle of Nantes will forever live in infamy.

Injury #1: Wayne Shelford – Out of all the rugby matches, none are more infamous than the Battle of Nantes. This brutal match occurred in 1986 when France dominated the All Blacks during a test match. Allegedly the French team was on amphetamines, which explains the unmatched ferocity that they attacked the All Blacks with. Multiple players sustained injuries during this historic match, but none of their wounds compare to the intensity of Wayne Shelford’s.

Twenty minutes into the game, Shelford was trapped at the bottom of the ruck. During the melee, he lost four teeth and had his scrotum ripped open by an opponent’s boot. Against all odds, Shelford had his injury stitched on the sideline and kept playing. His heroic comeback was brought to an abrupt halt when he was knocked out during the second half. This valiant display of bravery made Shelford a legend and sparked a drug investigation against the French team.