When it comes to Christmas, this holiday has made a dramatic transformation from its roots. Even though the methods people use to celebrate vary just as much as the season, there’s more to this holiday than most people think. This isn’t surprising, since this is one of the most widely accepted holidays in the world. Even though it goes by multiple names, over 160 countries celebrate Christmas. This is an impressive feat, since this once secretive holiday has managed to infiltrate a majority of societies. This integration was made possible by switching the focus from religion to consumerism. Over the years, Christmas has evolved into a major commercial event. This bonanza isn’t overlooked by corporations, since they cash in on it from every corner of the globe.

Even though most people celebrate Christmas, few know it’s actual origins. While many Christians attribute Christmas to the birth of Jesus, this holiday goes much deeper than one religion. Ironically, this time of revelry was founded on two pagan holidays, Germanic Yule and Roman Saturnalia. These original celebrations revolved around drunkeness and unapologetic indulgence, which put them in the crosshairs of the church. Desperate to convert the pagans, Christianity re-marketed these festivals as the birth of Jesus. During the 19th century, Christmas was re-introduced as a time of union, family and gift giving.

Once Santa Clause was thrown in the mix, the stage was set for a commercial extravaganza. Australians are poised to spend $52.7 billion during this holiday season, which is a 2.6% increase from 2018. As our seasonal spending becomes more lavish, it’s easy to forget about the real roots of the holidays. To showcase what Christmas is really about, we are diving into the two pagan holidays that started it all. Saturnalia and Germanic Yule are too fascinating to ignore, since parts of these heathen practices are still celebrated to this day. Prepare to get a fresh perspective on Christmas after taking an intimate look at its  roots!

Examining the Precursors of Christmas 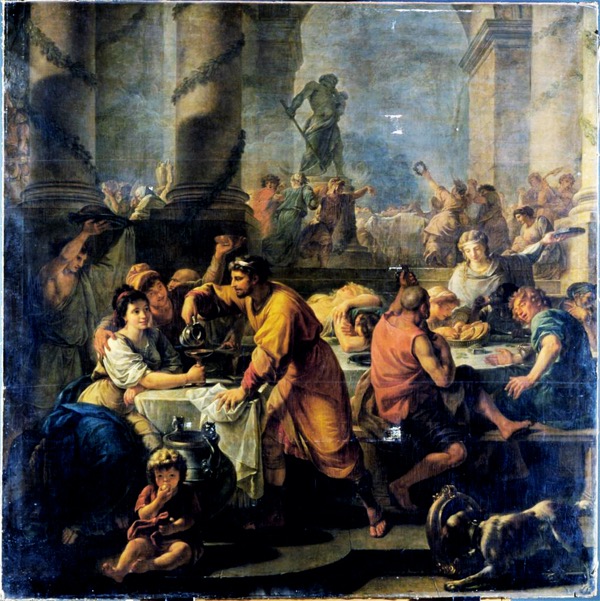 This holiday embodies many aspects of modern Christmas.

Christmas Precursor #1: Roman Saturnalia – At the height of the Roman Empire, Saturnalia was one of the most beloved festivals of the year. This holiday honored the god Saturn, and was held on December 17th of the Julian calendar. It was later expanded through December 23rd, and involved various sacrifices at the Temple of Saturn. This multi-day extravaganza revolved around overturning Roman social norms, and allowed people to indulge in various forms of celebrations. Banquets were complimented by parties that lasted for days. Presents were also given between individuals that ranged from gag gifts to small wax figurines called sigillaria.

On top of paving the way for many traditions still practiced today, Saturnalia was a celebration of freedom. This holiday was revered by slaves and freedmen alike, since it temporarily made everyone equal. During this festival, masters switched roles and provided table service to their slaves. Gambling was also permitted, along with other indulgences that were normally taboo. Despite being a pagan holiday, the impact of Saturnalia can’t be ignored. It set the stage for multiple modern Christmas traditions, so don’t hesitate to feast with your family like the Romans did! 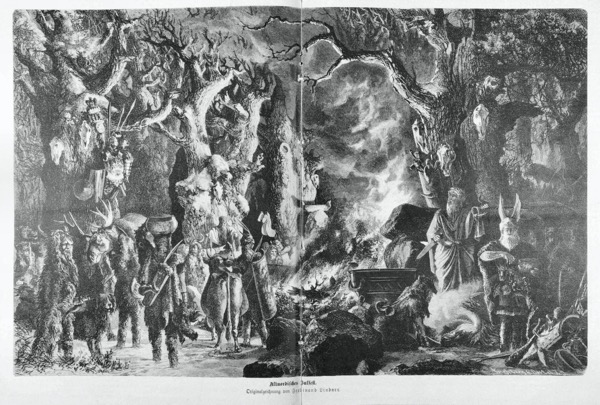 These sacrifices were eventually tamed and incorporated into Christianity.

Christmas Precursor #2: Germanic Yule – This indigenous midwinter festival was celebrated by the Germanic peoples during the 8th century. It normally lasted for two months, which on the modern calendar covers mid November to early January. These celebrations revolved around heavy sacrifices at heathen temples that were followed by epic feasts. This period of pagan indulgence was so engrained in the Germanic cultures that the church had no choice but to assimilate with it. In an effort to win over the local chieftains, they gradually incorporated this holiday into their religion as Christmastide. It was a success, and Yule was eventually converted into the religious traditions that we celebrate today.