Out of all the hand-crafted beers on the market, a few American releases steal the show. These IPA’s have won over self-proclaimed connoisseurs from around the world with their robust flavors. From fruity to chocolate after notes, the complexity of these blends can’t be beaten. As the number of craft beers from around the world explodes, these companies have managed to stand out. Instead of conforming to existing stereotypes, they decided to be the wild card. They embody the true grit of the American spirit, & are something that us Aussies can embrace.

When picking a new beer brand to try, you can’t go wrong with American small craft beers. It’s always good to throw in a new brew, especially when it’s from a different country. There are a lot of high quality brands to choose from, since countless new releases flood the market every year. For this reason, we have compiled a list of American beers that can’t be missed. They are bursting at the seams with flavor, so prepare to take your taste buds hostage with these epic releases! 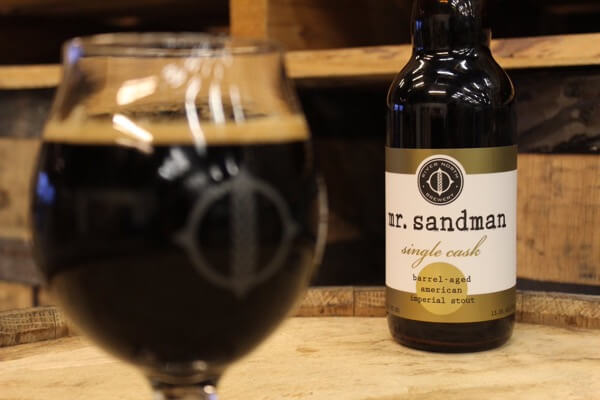 Wrap up the night with this solid brew.

American Beer #3: River North Brewery’s Mr. Sandman – Clocking in at 13.5% ABV, this imperial stout is no joke. It has enough alcholol to play tricks on even the most seasoned drinker, but don’t let it’s numbers intimidate you. This larger than life brew hails from River North Brewery in Denver, Colorado. They are relatively new to the industry, but they have already made a huge splash with this superb release.

Mr. Sandman has knocked down doors at multiple imperial stout tasting events across the US. On top of packing a punch, this beer sports a surprisingly delightful flavor. It features a perfect blend of dark fruit, roasted hops & bittersweet chocolate. At the end of the day, it’s the perfect way to let loose while simultaneously treating your palate. 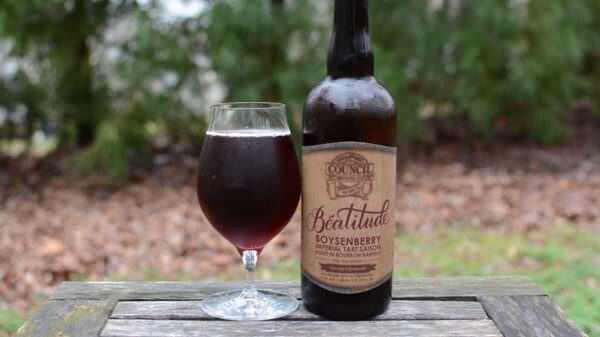 Enjoy a burst of berry flavor!

American Beer #2: Council Beatitute Boysenberry Barrel Aged Imperial Tart Saison – This name may be a mouthful, but it’s hands down one of the best beers coming out of California. This is the most renown edition of their Beatitude Tart Saison series. This is no easy feat, since the series features 12 delicious variations of fruit & dry-hopped ingredients.

With such a complex name, it’s no surprise that the flavor is equally rich. The first few sips are unnaturally sour, but they are quickly balanced out with a cornucopia of dark fruity flavors. From there consumers are blessed with hints of vanilla & oak. All these flavors make for a stunning beer. We never thought that drinking a hypnotic glass of tart berry jam could be so pleasurable. 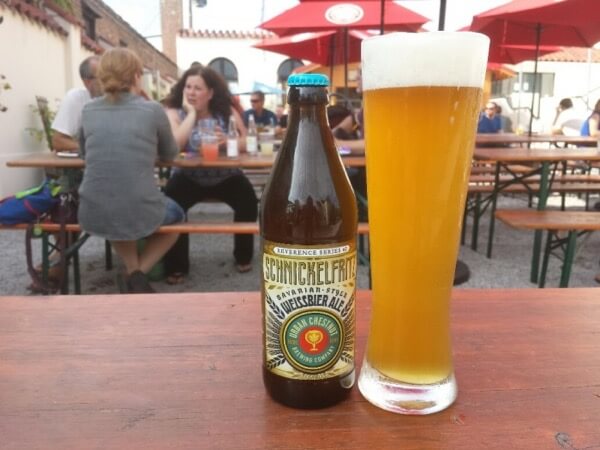 This beer hosts a symphony of flavors.

American Beer #1: Urban Chestnut Schnickelfritz – Anything coming out of St. Louis is worth keeping an eye on, & this beer is no exception. It has repeatedly blown testers away at brewery competitions around America. Somehow this US based company managed to create a superb recreation of one of the most coveted German beer styles.

While pulling off a prototypical German hefeweizen is impressive, the flavor steals the show. This brew teases clients with surprisingly strong notes of bananas & cloves. From there the flavor wraps up with a sweet vanilla flavor. This rambunctious combination makes you forget that it even has alcohol in it, so don’t miss out on its unique flavor!