Have you ever gave a damn thought who won the biggest Jackpot in Keno and how much? Let me tell you, it was a 43-year-old Newcastle man who has won the biggest Keno jackpot in Australian history and the win was a whopping $7,898,799.30 – at the Northumberland Hotel in Lambton.

On 10th August 2018, the Keno Mega Millions jackpot was won, which was the third 10-number jackpot – the top Keno prize – and it was the biggest cash prize ever won in the country since Keno started.

This $7.9 million anonymous winner was lucky enough and he celebrated with his family but was obviously astonished at this huge win, saying “It still hasn’t sunk in yet.” 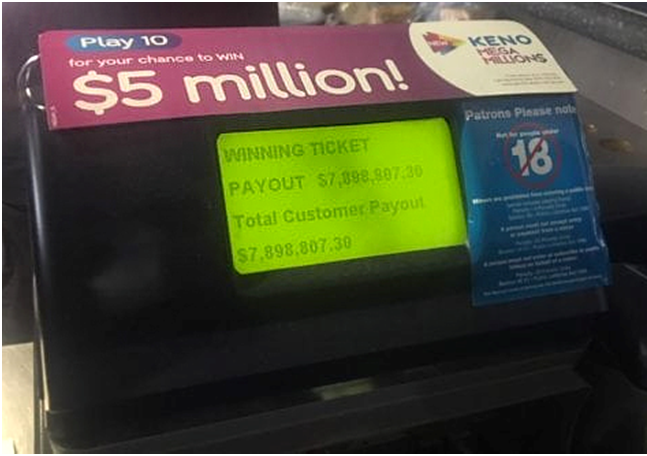 He said that I believe in such things, but I can’t really believe it has happened to me. The lucky winner said he plans to retire now.  “I’ve worked since I left school and I’m happy to be finishing up,” he said. In spite of having won a huge jackpot he plans to keep life simple: “I’m a laid-back person, so I’m just going to stay the same,” he said.

The General Manager of Keno, Terry Fowler, congratulated Australia’s biggest Keno winner and said that their team is happy for the prize to be won by a player in New South Wales, the place where the game was initially introduced.

Fowler said, “Keno loves to make millionaires and now we’re making multi-millionaires, so it couldn’t get any better for us than moments like this”. 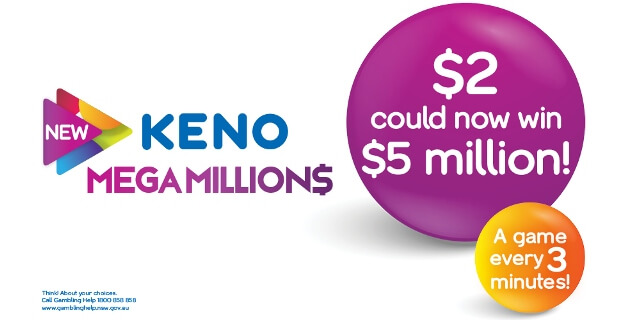 Mega Millions is the premium version of the existing Keno Classic game and offers players the opportunity to hit $5 million or more every three minutes just for $2.

Every time you buy an entry into any Keno jackpot game, a portion of your ticket contributes to the total prize pool. This increases the jackpot prize until it is won.

Just to make you aware, New South Wales players win more than $36 million on an average every month playing Keno in different clubs and pubs around the state. Every month, Keno pays out nearly $77 million in prize money to New South Wales, Queensland, Victorian, and ACT players. 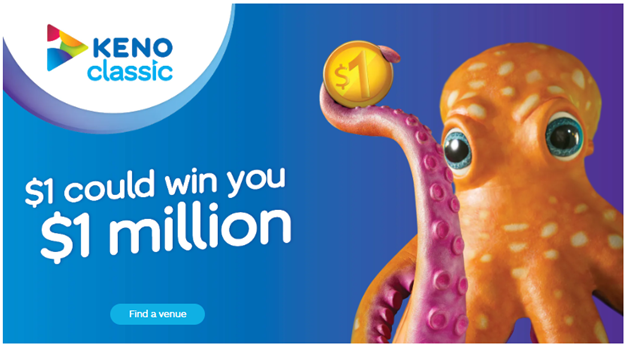 In Keno classic game 20 numbers are drawn from a possible 80. Pick and match your numbers for the chance to win a cash prize. Keno Classic gives you the chance to turn $1 into $1 million+, when you play and match all 10 numbers. You can win a prize with as little as 1 winning number, depending on how many numbers you play.

Keno Jackpots refers to the 7, 8, 9 and 10 Spot, in which the top prize continually grows until won. To win a jackpot prize, you need to have all the numbers on your ticket drawn in a single game. For example, if you are playing a 10 Spot entry, you will need all 10 numbers drawn in a single game to win the jackpot prize. Once won, the jackpot resets back to its starting value.