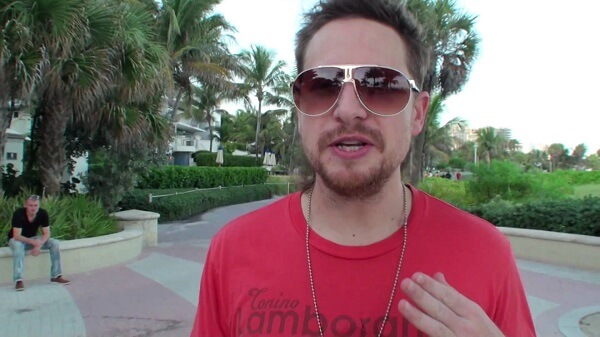 Protesters around Australia cheered as international pick up artist Jeff Allen’s visa got revoked, forcing him to cancel all of his events in Australia. This was a bold step by the Australian government, who claim that his seduction services are demeaning to women. Jeff Allen is a member of Real Social Dynamics, a group of pick up artists that received international condemnation for their controversial methods of seducing women. Their most infamous member Julien Blanc was banned from touring Australia & a number of other countries in 2014. He became public enemy number one when videos of him choking women & pushing their face into his crotch caused an international witch hunt. While most people can agree that this behavior is outrageous it’s also possible that we have let our emotions get in the way of critical thinking. The question being ignored is if Jeff Allen’s methods teach the same perverted mantra as Julien Blanc.

Jeff Allen is the latest person to fall directly into the cross hairs of the media’s rage, which resulted in his visa getting revoked. Over 60,000 signatures were collected to dismantle Jeff & his Australian tour. His visa rejection was praised by people throughout the government, as well as a massive amount of protesters. Vibe hotels went public & denounced any association with the pick up artist, stating that his event had been scheduled under a different name. This fierce hatred for anything related to RSD was fueled by the controversial teachings of Julien Blanc, which threatened to put the nail in the coffin of the entire pick up artist business. Now that Australia’s doors are officially closed to RSD pickup seminars, will we see a change in how people treat women? Probably not. However, now we have a group of wanna-be gurus to vilify instead of addressing the real problems.

People are so busy congratulating themselves for being against these people that they fail to realize that they are promoting the very root of the problem, insecurity. The reason why pick up artists even exist is because our society promotes insecurity. We are so insecure that we can no longer handle being offended, so we blindly ban anything that could be controversial instead of researching if it actually deserves to be banned.

All pick up artists aren’t evil, even though they prey on desperate men who want validation. Since every pick up artist has to outdo their competition to gain followers, you end up seeing people like Julien Blanc advocating things as ridiculous as choking women. Luckily Julien got the international shaming that he deserved, however Jeff Allen has never expressed methods as extreme as Julien. He has never promoted demeaning women, but has fallen under the same label since he is also a pick up artist. While demeaning women is horrible & should never be tolerated, an entire industry shouldn’t be black listed for one person’s irresponsible actions.

It’s perfectly natural for people to seek help interacting with women. It only becomes a problem when the advice they receive promotes sexual abuse & sexism. It’s no shocker that Julien Blanc deserved to be banned for his outrageous approach to seduction. But we must remember that without some form of seduction we wouldn’t be here. There are plenty of pickup artists that promote healthy ways of interacting with women; the key is discerning the morality of their methods. Next time we pick a person to demonize, we need to do our research & figure out why exactly we are making them out to be the villain. It’s impossible to be the hero when you have no idea what you are fighting for.