Most of us love to play games online. Right! It is matter of our convenience to log on to the gaming sites and start playing. 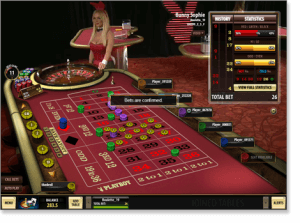 Does that mean Live Keno is not interesting?

Certainly not.  Infact live kenos have their own charm and aspect.  With continuous sitting in front of computer we lack the natural fresh environment, socializing with people and friends as well as good eating habits.

For a fun filled gathering with your friends or family you certainly will opt to go out and play keno for fun live at a pub or restaurant.

Let us understand the types of such games that we can play live in Australia.

This will give you some idea of what’s out there to try, and allow you to find a game for you to enjoy!

Run by South Australian Lotteries this game can be played at any lottery outlet in the state. It is also available in the Australian Capital Territory under the name ACTTAB Keno.

In this version of keno, a drawing is held every 3.5 minutes, with all picks having to be made 40 seconds before the draw begins. Players can pick between one and ten spots, and the numbers range from 1-80. If you manage to match a perfect 10 for 10 on your ticket, you’ll win the jackpot prize, which is worth a minimum of $1 million!

It also features a side bet known as Keno Coin Toss. In this bet, players must guess whether more numbers will be in the low range of 1-40, or the high range of 41-80, each of which pays even odds. Players can also guess that ten numbers will be drawn from each group, which pays 3-1. 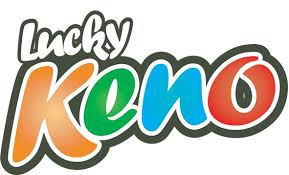 Popular in Victoria, here you can enjoy Intralot’s version of keno. This game, known as Lucky Keno, has gone through several changes over the years. At one point, only numbers from 1-70 were used, but that was recently changed to make Lucky Keno a standard “draw 20 from 80 numbers” keno game. This game is only drawn once a day, at 8:00 pm Melbourne time.

Like SA Lotteries Keno, Lucky Keno has a jackpot that can be won if you can hit ten out of ten spots on a single ticket. If you do manage to do this, you’ll win a fixed jackpot of $2 million. However, unlike the game in South Australia, players may only bet between three and ten spots, and there are no bonus or side bets available.

In the Northern Territory, NT Keno is available at casinos and other venues. In this game, drawings are held continuously every three minutes or so, and there are various jackpots available for perfect tickets of 6-10 spots. This version of the game also features a Heads or Tails side bet that is identical to the Coin Toss side bet mentioned under the SA Lotteries section.

At the casinos of New South Wales and Queensland, you’ll find a keno game that’s more or less identical to NT Keno. The main difference is that Jupiters Keno offers jackpots only for matching seven spots out of seven or better.

In addition, some casinos – particularly those in NSW – offer a special bet called Keno Racing. In this bet, each line of ten numbers represents a “horse” in a race, with the number of balls drawn from each line determining the final position of the horses. Players in this game can make the same bets that are available in real racing, from single “horse” bets like Win, Place and Show to combination bets like Trifectas.