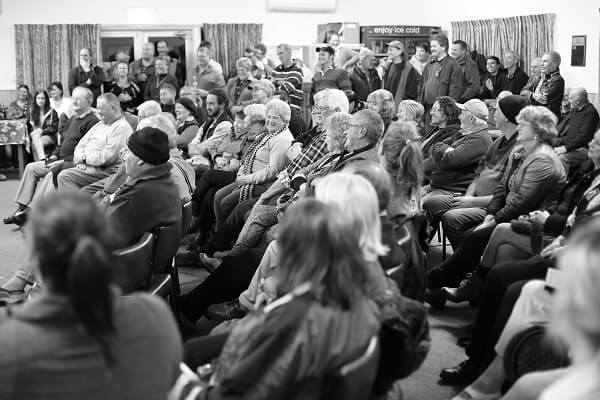 Pubs unite communities, giving people from any background a much needed place to drink and unwind. The devotion of communities to their pub was showcased when the people of a small town in Buchan Victoria raised over $300,000 online to help rebuild their prized pub. Over 800 people made donations to help recreate this important community icon.

For 120 years the Buchan Cave Hotel gave townspeople and tourists a like a powerful social sanctuary. It was the only restaurant & pub in the town. The historic Gippsland pub regularly served over 400 locals & countless curious tourists. It also generated much needed capital for the town since without it, tourists kept driving on their way to the famous Buchan Caves.

Unfortunately on the tragic night of April 8th 2014 the entire Buchan Cave Hotel burst into flames & burnt completely to the ground to the horror of all the locals. The fire couldn’t have happened at a worse time for the town. It was the busiest times of the year, in between the Buchan Rodeo and various pony club events. This was not the first time that the Buchan Cave Hotel had caught on fire. Older locals remember when the pub caught fire during the second world war, but was quickly put out by vigilant neighbors. Unfortunately this time the fire left only the chimney standing as a testament of the pub’s failed intent to stay in the community.

“The pub was the heart and soul of our community,” the former pub owner, Greg Brick, said in a statement. “If someone died, you held the wake there, if a baby was born, we celebrated the birth there. We had grown men standing outside the burning pub drowning in tears. The pub was our social centre and it kept the community connected.”

Greg Brick realized the importance of his pub to the town & felt that it was his personal duty to re-open the pub to create jobs and bring back the town’s social meeting point. “It’s tempting to sell the land and cut our losses, but I could never hold my head high in this town again. It’s not fair to the community that supported us, and it’s not fair to the tourists who come here expecting a restaurant and pub,” he said. “What’s a country town without a pub?”

It’s inspiring to see a whole community fight to rebuild something that everyone felt was part of their lives. Even though the pub did not raise the desired amount of funds online, the former owners have vowed to continue fighting for their beloved pub. The people have spoken and one thing is certain: eventually the pub will be rebuilt. After all, what’s a town without a pub?