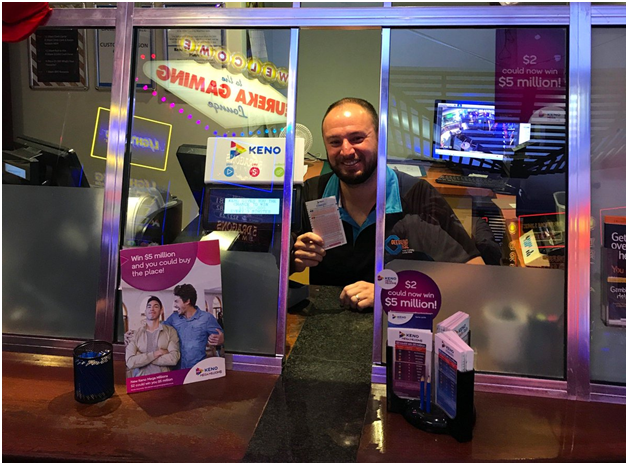 Keno winners have their own stories to tell. Here find recent three awesome winning stories that win really big to become a millionaire playing 9 Spot and 10 Spot keno.  In Keno game you have to choose up to ten numbers as your selections within a given range. These are usually referred to as Spots, so a Spot 10 entry means a selection of ten numbers, a Spot 9 entry has a selection of nine numbers, and so on. When a draw takes place, a specified quantity of numbers is drawn from the same range. The goal of the game is to match as many of your selections as possible, with the top prize going to those who select the maximum numbers allowed and succeed in matching all of them. 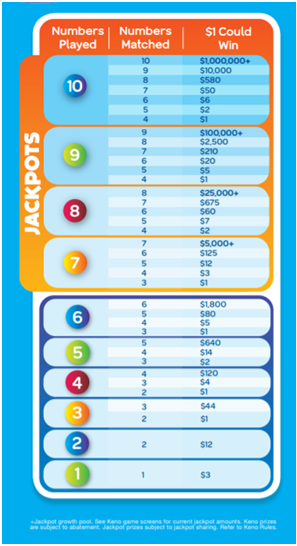 Interestingly the winners all had used their lucky numbers which were a mix of birth date, wedding anniversary and other popular family numbers.

The first winning story is of Queensland Keno Winner that Opts to Retire after $5.1 million Keno win. Lately in May 2019 a Queensland tradie who pocketed $5.1 million while playing Keno – the state’s biggest Keno prize choose to retire from his work after the big win.  The winner had been playing the same numbers, taken from family birth dates and lucky numbers, for the past two years. The middle-aged man, who wished to remain anonymous, bought a 10 Spot Keno ticket at Magpies Sporting Club in Mackay. Earlier this man had won $800 playing Keno.

There’s one Mackay tradie who isn’t planning on turning up to work today or ever again after taking home a Keno Mega Millions 10 Spot prize yesterday at @MagpiesMackay! pic.twitter.com/s0lNEIXGMu

The man said he planned to prepare for his children’s futures and looked forward to sharing his winnings with his family. According to news report last year, 16 Australians became millionaires after winning Keno, with six from Queensland. Queenslanders took home more than $310 million in Keno winnings in 2018.

In another winning story recently a Cairns business owner is more than $1.4 million richer after going out for dinner with his family. The stunned Far Northerner held a Keno 10 Spot winning entry, which landed him $1,420,401.10 as he enjoyed a meal at Trinity Beach Sports Club.

A Cairns man has savoured an after dinner mint of a different kind by scoring the 10 Spot Keno jackpot last night with his entry from Trinity Beach Sports Club! Congratulations to our winner! pic.twitter.com/XafkMdxA1b

A windfall of more than a quarter-of -a-million dollars has come the way of someone in Blackheath recently. Whoever it was has scored themselves a Keno 9 Spot win in game 957, earning him, her or they, the sum of $262,000. All this just for having an afternoon at their local golf club. Who the winner is cannot be divulged as they have chosen to be anonymous. What can be told is the ticket was purchased at the Blackheath Golf Club. Operations Manager at the club Jacob McAndrew said it was a Keno win the club will never forget. The staff and the winner were really in shock as they had never had a Keno win that big here.

A Blackheath player will be spending the weekend celebrating a dramatic and unexpected addition to their bank balance after scoring a Keno 9 Spot win yesterday afternoon at Blackheath Golf and Community Club. pic.twitter.com/JrwZexrL1T

These winning stories are just wonderful. You can select the Keno game of your choice and try your luck too. Play at your nearest store or play at online casinos with real AUD or BTC.