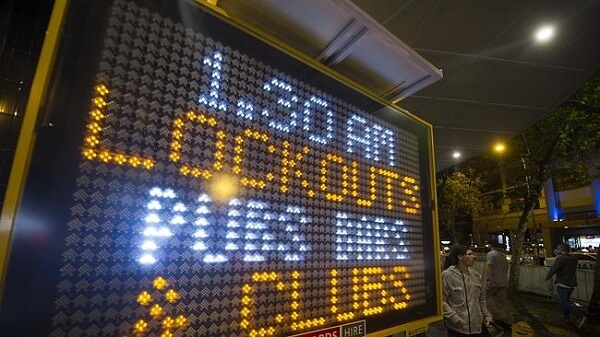 Ever since Sidney’s lockout laws were introduced they have drawn sharp criticism from bar owners across the city. While the controversial lockout laws have received nothing but resounding praise from politicians for reducing crime many say that Sidney sacrificed its nightlife for safety.

Many people have spoken out against the tragic effects that the lockouts have had on tourism & the local economy. Since the introduction of the lockout laws in March 2014 the sharp drop in business has forced many bars to close down.

Bruce Solomon was the latest prominent figure to speak out against the tragic effects that the lockout laws had on Sidney’s tourism. While being introduced to the AHA NSW Hall of Fame he held nothing back as he described the devastating effects that these laws had on the economy of Kings Cross. The measure is indeed a conundrum, we have to ask ourselves whether the reduced crime rate is worth outlawing a once vibrant nightlife.

Bruce Solomon lashed out against the destructive effects of Sidney’s lockout laws after he was inducted into the AHA NSW Hall of Fame. He highlighted the profound effects that the lockouts had on small businesses in Kings Cross when he said: “Our family has been in Kings Cross since 1938 and I’d like to say a few things about Kings Cross. The one big change that I have seen in the industry is that regulation has been a one-way street in this state, and it’s really upsetting to see how there has been a political kicking campaign about Kings Cross.

“The stats are, that yes, violence has dropped by 40 per cent in the Cross since the lockouts came in. But the other side of the coin is that there used to be 25000 people there on a Saturday night at two in the morning and now there are 3000. There is an 85 per cent drop in the number of people in the Cross.

“It is something that when tourists come to Sydney and they scratch their heads and say ‘why isn’t there a late-night precinct? Whatever happened to Kings Cross?’.

This bold move against people’s freedom to go out and celebrate life is giving rise to a much scarier political movement. It helps create a culture where people are being protected from themselves with strict laws banning any activity that could pose some sort of risk. But if we are not allowed to experience life for ourselves, what’s the point of being alive?

After all, part of being an adult is having the ability to take responsibility for your actions instead of being shielded from the reality of life by your parents. Apparently the government feels that our parents haven’t sheltered us enough & it’s now their job to step in and protect us from ourselves.