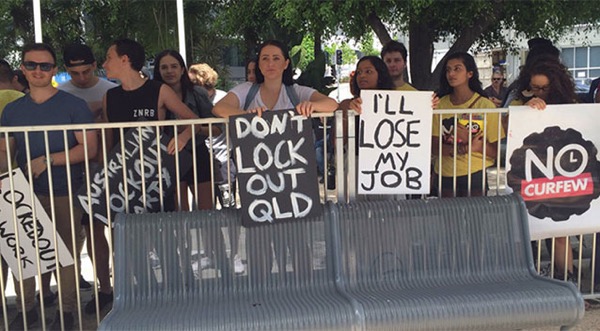 Against all reason, Queensland has destroyed businesses with new lockout laws.

Ignoring the overwhelmingly negative impact of Sydney’s draconian lockout laws, Queensland decided to introduce their own. Last Friday they implemented new restrictions, & the effects have been devastating for small businesses. Unsurprisingly, the first weekend of Queensland’s lockout laws brought an outrageous loss of revenue & increased violence. It’s absolutely incredible that a model that has proven to be a complete failure is continuing to be adopted. The increase in alcohol fueled violence happened in the middle of increased police presence. Next weekend patrols will go back down to normal, leaving responsible citizens at the mercy of outraged party goers. 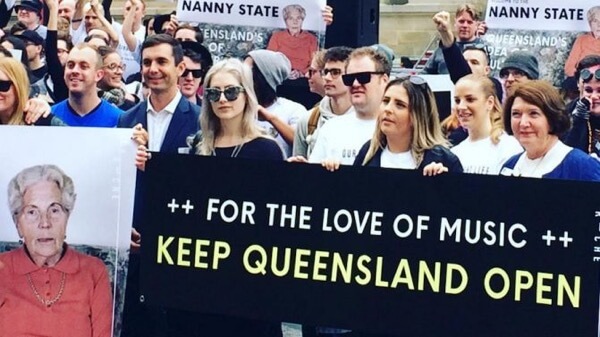 Queensland’s lockout laws have been catastrophic for businesses & public safety.

“We’ve modelled that 6,000 jobs are going to disappear once the full implementation of the lockouts come in, that’s about a $150,000 hit to the economy.” Said Nick Braban.

Last week Queensland introduced controversial lockout laws, & the results have been devastating for business. In Brisbane, pubs & clubs reported a 20% drop in business. This troubling trend will lead to thousands of people losing their jobs or having their hours cut. The driving force behind this decline are the ridiculous rules these business now have to follow. In Queensland’s nightclub districts they can’t serve drinks after 3 am, & business outside these precincts can only serve until 2 am. They also can’t serve high alcohol drinks after midnight, so shots & drinks with more than 45 millilitres of spirits are off the table. This is just the beginning of the stupidity, an even more outrageous 1 am lockout law is set to take effect next February.

To add insult to injury, alcohol related incidents increased in nightclub precincts after the laws were introduced. But NightWatch Patrols, a response group run by chaplains, reported that they responded to more violent incidents than the week before. Their senior team leader Chris Owens predicted that the number of fights will increase once the police decrease their presence down to routine patrols.

“On Friday we were up by only two jobs and on Saturday we were up five or six incidents,” Mr Owens said. “There were boosted police numbers as well, so the amount of incidents may change once the police aren’t out in force.”

Another repetitive theme is that casinos are exempt from the lockout laws. In Sydney the Star Casino has been able to operate with impunity, despite being in the epicenter of the Australia’s most oppressive lockout laws. The same is true in Queensland, the state’s four casinos will be exempt since allegedly they have better security. Even though experts argue that nightclubs have just as many cameras & security guards, it’s falling on deaf ears.

Australia’s politicians appear to be hell bent on stopping crime, even if the measures they use create more crime. It’s becoming more apparent that history is repeating itself. Sydney is currently in the process of undoing the destruction of these outrageous laws, but unfortunately the message isn’t reaching other states. Instead of admitting that lockout laws increase crime & destroy businesses, it’s easier to keep repeating the same mistakes. Law abiding businesses will be shutdown while casinos will flourish, all in the name of stopping crime. Hopefully one day politicians will put the well being of the people ahead of their own corporate interests. But if things continue in this pattern, it’s highly unlikely that reason will trump lobbying.