Out of any developed nation, no gambling industry has undergone more fluctuations than Russia. In this part of the world, gambling is either treated with a blind eye or excessive regulation. From letting illegal venues run rampant to shutting down most legitimate casinos, the Soviet government has always had a tumultuous relationship with gambling. Ever since the first casino opened within Moscow’s Savor Hotel in 1989, Russians have been infatuated with testing the odds. Motivated by the lack of regulation, slot machines became staples of most hotels and underground venues exploded in popularity. Between 1992 and 2006, over 4,000 illegal casinos were operating throughout Russia.

This unabated heyday came to an abrupt end when the government banned casinos in 2007. The new ordinance created four gambling zones in remote parts of the country and forced the rest to close by 2009. Even though this drastically cut down the number of venues, the legal areas for casinos have steadily been extended. Duma and Crimea were added to the list in 2014 while massive casino developments were approved for Sochi in 2016. Today 17 legal gambling facilities operate in 9 cities throughout Russia.

On top of reinvigorating this once prohibited industry, Russia’s new wave of projects puts them in position to overtake Macau & Las Vegas. Now that the red tape has been removed, this country is poised to experience a gaming renaissance. Over 1.5 trillion rubles (US$42 billion) have already been invested in Sochi, and more foreign corporations are scrambling to get a hold of this lucrative market. To showcase how hight the stakes are, we compiled a list of the biggest upcoming casino projects in Russia. These venues are larger than life, so come experience Russia’s transformation into the world’s next gambling hub!

Find out why the PIEZ area is poised to revolutionize Russia’s gaming industry.

Casino #3: Sun Casino & Resort – Even though this project is impressive, it’s one of the many high-end casino resorts that are popping up around Vladivostok. Nestled inside the Primorye Integrated Entertainment Zone (PIEZ) is one of the most highly anticipated casinos in Russia. The Sun Casino & Resort is being built in three phases that will eventually include their casino, hotels, recreation areas and entertainment venues. It’s being built in-between the Tigre de Cristal resort area and Lake Cherepashye. This two-building development will include 900 hotel rooms, 376 gaming tables and 1,800 pokies machines. This is a truly epic project, so don’t miss it on your next vacation! 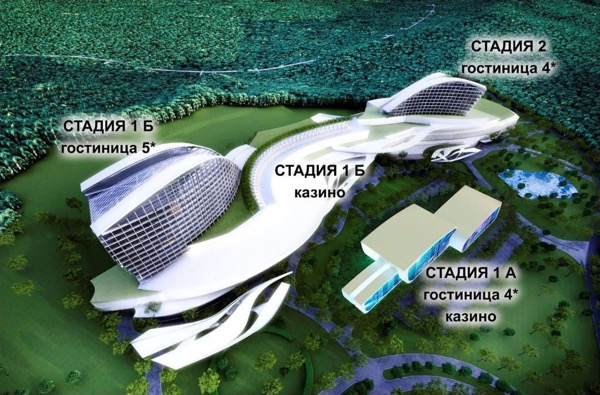 Visitors can expect to indulge in a slew of amenities.

Casino #2: Golden Gate – This is yet another faucet of the budding Selena World casino neighborhood. By introducing this three building complex, Diamond Fortune is solidifying their monopoly in Vladivostok. When completed, this casino will boast 200 table games and 2,100 slot machines. It will be complimented by a 576 room hotel and ski slope, which provides the best of both worlds. Continue checking their website to stay on top of when this family friendly casino is set to open! 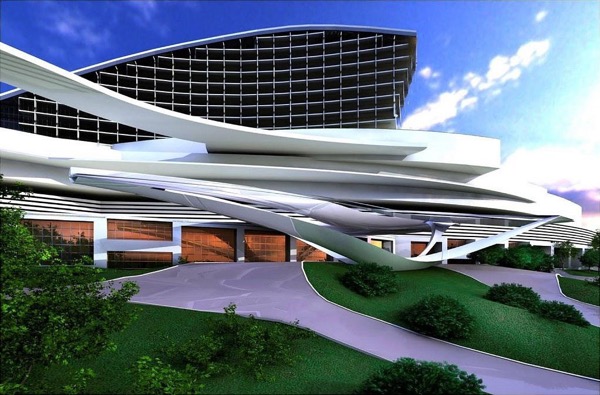 Casino #1: Selena World Resort & Casino – This booming project is the cornerstone of the PIEZ gambling area outside Vladivostok. The first phase of development will unveil a 5-star hotel, multiple restaurants, stores, bars and a spa facility. By 2021, visitors can expect to have access to a 7 star hotel that’s complete with its own private villas. In total this complex will cost US$914 million and span 769,053 square meters. This will include 500 table games, 2,590 gaming machines and enough amenities to dazzle the most jaded traveler. Selena World Resort is set to open on January 1st, 2020, so don’t miss out on Russia’s upcoming gaming mecca!