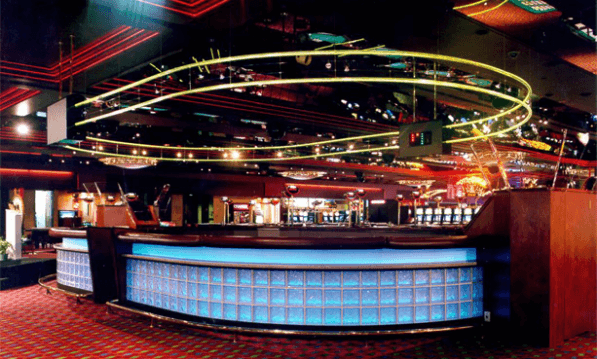 That rather cumbersome title reflects the offerings found there, which include several restaurants and bars, two hotels, a theater, a nightclub, a convention center, and of course, the Burswood Dome, which is an indoor stadium that plays host to various sporting contests. It’s quite a facility and offers so much to do that many people end up there for days without having to go elsewhere.

Let’s talk about the casino itself, though. Opened nearly 30 years ago, Burswood Casino was the largest casino in all of Australia when it opened, and that’s before expanding five years later. Since those early years, the casino has added a poker room, extra features for high rollers, and more.

Burswood Casino is open every hour of every day, all year round. Not only that, but between its offerings, hours, and the fact that Perth does not have any other casinos, Burswood Casino is really one of the best places to be in the entire area. While playing at the casino, you can of course expect a full complement of casino games.

The offerings at Burswood Casino include favorite table games like blackjack, roulette, different poker variations, and many others, as well as video poker games, bingo, and more. Progressive jackpots are included in many games, which include the pokies that Australian players know and love. Of course, you can also play keno at the Burswood Casino, which is often a big hit among both Australian players and visitors from around the world.

Keno is loved for many reasons, including the prospect of some very big winnings. In most versions of keno (there are several popular variations, which depend on the casino itself and what they offer), you can guess up to twenty different numbers to be drawn from a pool of eighty of them, and if you somehow manage to get all twenty correct, you will will millions of dollars.

Also, you can play for much smaller stakes if you want, even playing just a few numbers and giving yourself a better chance to win, even though your winnings will also be smaller in the meantime.

At Burswood Casino, there are coin operated versions of keno that allow you to play at any time and at your own pace. Many people enjoy the thought of being able to cozy up next to a machine and enjoy some non-stop keno for awhile without any interruptions. You can experiment, guess different numbers and try different strategies while seeing how your luck holds up.

No matter whether you’re playing keno or other casino games, though, the Burswood Casino is a great destination for anyone who ends up in Perth or the surrounding area. Keno players and casino enthusiasts alike will enjoy what Burswood Casino has to offer, as they have for nearly thirty years now.