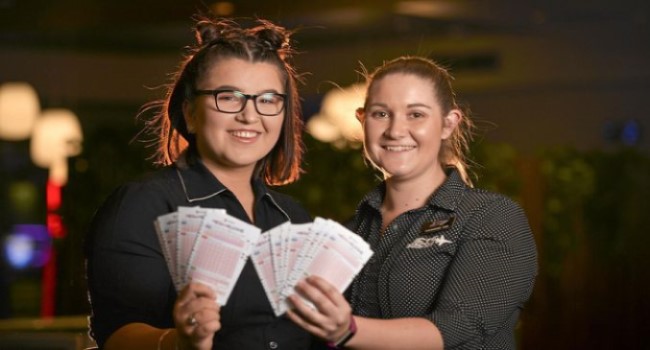 A 63-year-old grandmother from East Ipswich has won a $388,000 jackpot at Ipswich Jets Rugby League Club.

This mother with two children and five grandchildren, who is a night shift worker also and who do not want to be named, was out to have dinner with her husband on one lucky Saturday night when she purchased the winning ticket, and to here utter surprise all her selected nine numbers got matched to the jackpot.

She is in a state of shock and says that it will take time to sink in. It is just difficult to believe she says.

She said she was very cool and calm and probably won on the third game but she waited until the other games played out. Her husband said to her that she was going pale and sweaty.

Surprisingly she won with an unusual combination of numbers that she chose for herself to play and she had been playing for about four weeks. The winning numbers includes 17, 18, 19, 20, 41, 42, 43, 44, and 45. Though in a series, still unusual series.

She played 20 $1 games and spent just $20 to win this jackpot. Although the grandmother is not going to leave the job yet but plans to use the cash prize to pay off the mortgage she has on her unit.

She said that she would now be able to do the little things that she hasn’t been able to afford.

Brian Laws, the Keno’s Queensland Manager, congratulated the winner, saying that how his casino is helping people to use winning money to improve their lives.

He said it is so satisfying that Keno has changed the lives of its winners in such positive ways, such as they can now afford to own your own home. Last year Keno celebrated its 20th anniversary in Queensland.