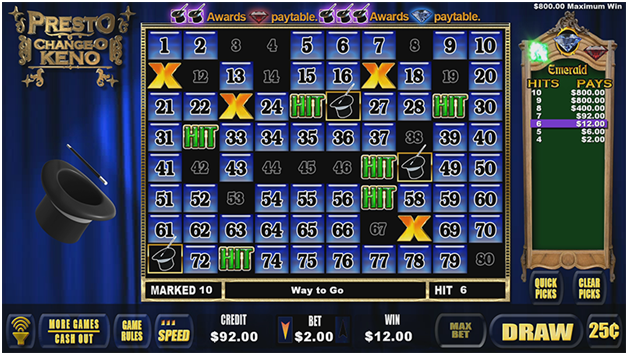 Magic Moolah Bonus in the game 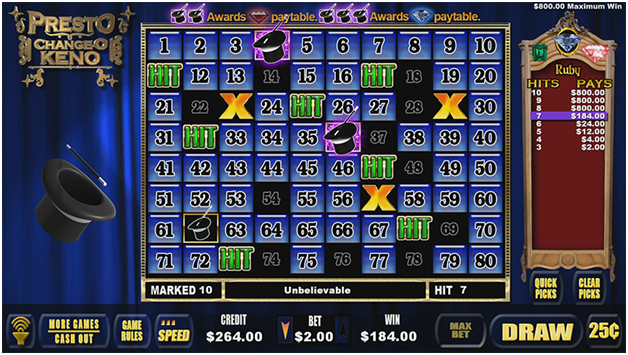 When the player hits all three hats, they will trigger the Free Games. The player will receive between 10 and 50 Free Games, with no retriggers. Bonus Coins will be randomly placed on the board. Hitting Bonus Coins progress the paytable just like the Base Games. Hitting a Bonus Coin grants a random 2x or 3x multiplier. If more than one multiplier is hit, the multipliers are multiplied by each other up to a max of 27x which can be achieved in the Diamond paytable (3 x 3 x 3 = 27x). 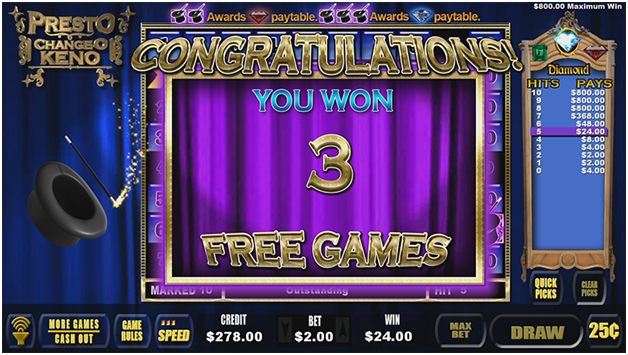 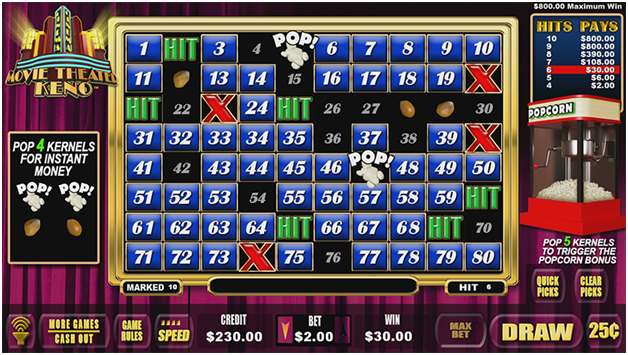 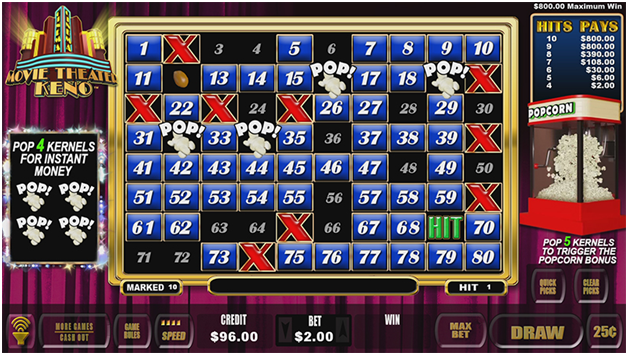 The Popcorn Bonus consists of multiple batches where the popcorn machine dumps a batch of popcorn and occasionally throws a kernel. The player collects these kernels and is awarded money for them at the end of the feature.

The player starts with 3 batches. When a kernal is collected the batches remaining will be reset to 3. Players start with 4 collected kernels from the triggering game. A total of 15 kernels including the original 4 may be collected. Collecting all 15 kernels in a single bonus will award an extra prize of up to 400 times the bet.