Coconut game has been developed by Grand Vision Gaming and is available also as an app at app store to download all free to play the game. Also the game is available at online casinos powered by Grand vision gaming. 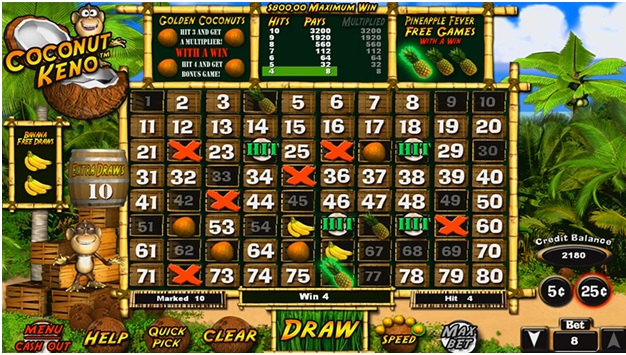 A total of 9 symbols are distributed at the beginning of every draw: 2 Banana’s, 3 Pineapples, and 4 Golden Coconuts. These symbols trigger the following:

Pineapple Fever Free Games are triggered by hitting 3 Pineapples with a win. The Player is awarded Free Games with a 2X Multiplied Paytable until they have 3 wins.

Golden Coconut Bonus Game – 30 Golden Coconuts are displayed on the bonus screen. The player picks coconuts until they match 3 of the same award amounts. 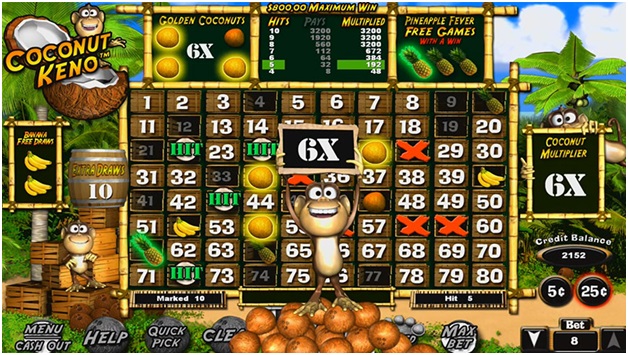 It is triggered by hitting 3 Golden Coconuts with a win. The win is instantly multiplied by a random multiplier value to determine the total pay.

Occur as a random event that awards the Player between 2 to 10 Free Games. All bonus features are active. Free Games can also be retriggered during Crazy Monkey Free Game Play. 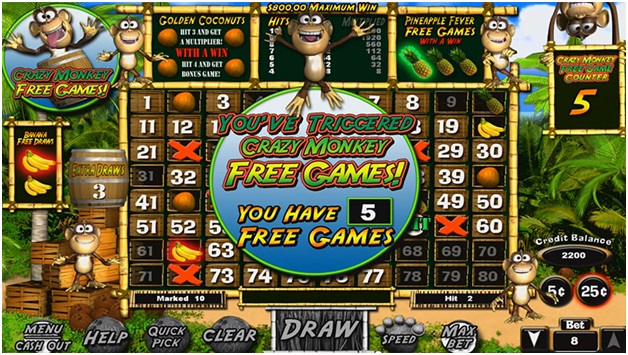 It is a random event that awards the Player Instant Money and can happen at any time during game play including Free Games.

Let’s Do That Win One More Time

Replays the last Win. It is a random event that can happen any time during normal game play after a win, including Crazy Monkey Free Games and any other bonus win feature event, with the exception of Pineapple Free Game Bonus or banked Golden Coconut Free Games. 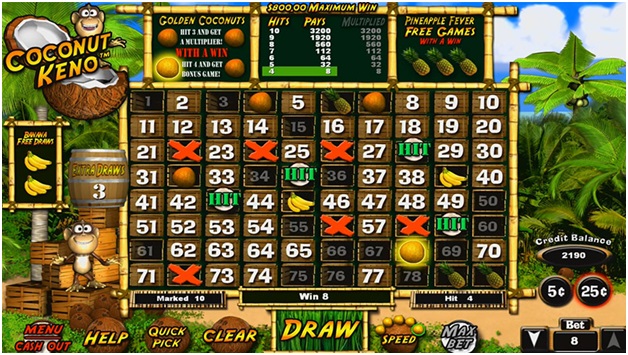 Awards an Extra Hit to the Player. It is a random event that can happen at any time during game play with a win, including Free Games and any other bonus event, with the exception of Pineapple Free Game Bonus or banked Golden Coconut Free Games.

How to play Coconut Keno with your mobile? 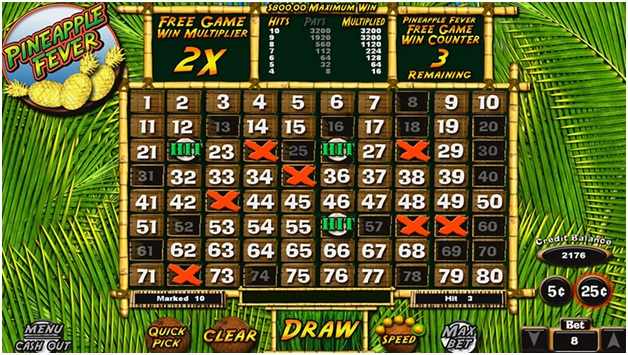 Visit any online casino and find this Keno game to play

You get free coins to play this game all free

At online casinos, it’s your choice to play for free or play with real AUD.

If you win make cash out easily at the cashier page with a friendly withdrawal option.